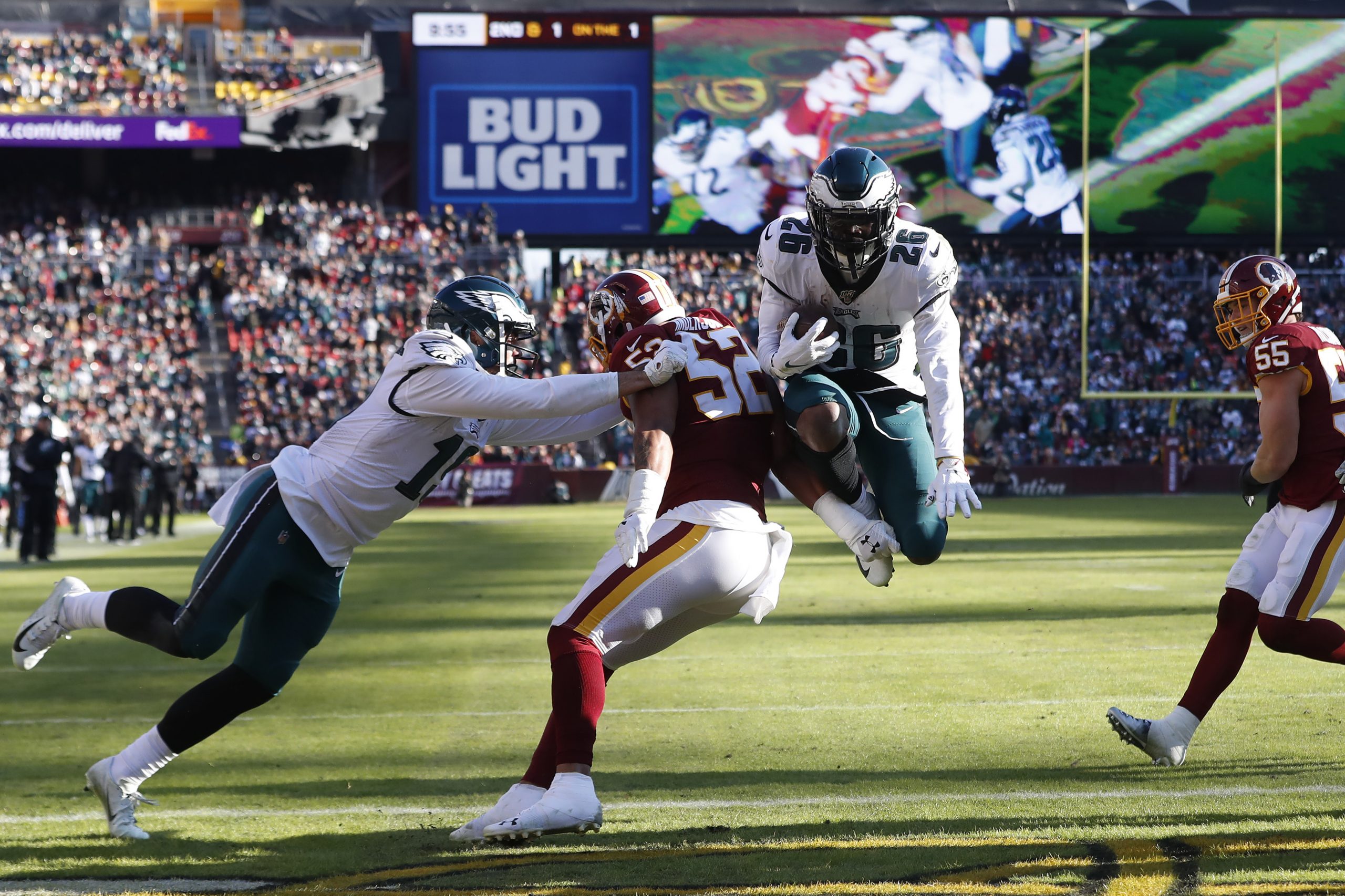 “The Eagles are a playoff team, and they don’t have to apologize to anybody for it.  In the span of a year, they’ve gone from the 5th-worst record in the NFL to the 9th-best record in the NFL, and they’ve done it with a rookie head coach and a 23-year-old quarterback in his first year as a starter.” — Reuben Frank

“We just bought in to who we are, bought in to what we could be and trusted in the grind in approaching every day the way we do,” Jalen Hurts said Sunday, after the Eagles beat Washington for their fourth straight win and sixth in their last seven games.

“Trust in the grind” is the perfect motto for this 2021 Eagles team, because it’s taken on the personality of a coach who constantly preaches focusing on the moment and ignoring what’s already happened and what’s to come.

It started with the veterans – Kelce, Fletcher, Rodney, B.G. – and one by one everybody else on the roster bought in to what Sirianni was preaching and that’s how the 2021 Eagles became a team. A pretty good one.

But it looked dicey for awhile regarding the Eagles’ ability to take care of their own business.  The Eagles trailed 10-0 after the first quarter, continuing a recent trend. They’ve been outscored 35-7 in the first quarter over the past five games yet have won four of them. It’s their third consecutive game with no points in the first.

Better late than never— Jalen Hurts scrambled out of trouble to avoid a handful of sacks and ran the ball when needed with Miles Sanders out. He set the tone for the comeback win.

He even needed to make an evasive maneuver after Philadelphia’s game at Washington was over.

Hurts ran six times for 45 yards and narrowly escaped a railing collapse walking to the tunnel after the Eagles held on to win 20-16 Sunday. They’ve won seven of nine since starting 2-5 and clinched an NFC wild-card spot hours later when Minnesota lost to Green Bay.

“We just bought in to who we are, bought in to what we could be and trusted in the grind in approaching every day the way we do,” Hurts said. “I couldn’t be more proud of this team.”

Hurts was 17 of 26 passing for 214 yards in leading the Eagles to a fourth consecutive victory.

“Jalen was awesome today,” coach Nick Sirianni said. “We all know he’s dealing with an ankle injury and fighting through it. He’s tough. This guy is so tough.”

Sirianni said Hurts told him to call whatever plays he wanted and he would make it work, and the second-year quarterback remained calm throughout a tense game.

The poise under pressure continued after the game when fans waiting for Hurts fell onto the field after a railing in the corner of FedEx Field gave way. Hurts helped some fans to their feet and expressed relief that most of those involved appeared to be OK.

Mark Tenally, a photo runner for The Associated Press who was standing under the railing, was injured and attended to by medical personnel. The Washington team said in a statement: “To our knowledge, everyone involved was offered onsite medical evaluation and left the stadium of their own accord. We’re very glad no one appears to have been seriously injured. The safety of our fans and guests is of the utmost importance and we are looking into what occurred.”

Philadelphia (9-7) started slowly and its league-leading rushing attack was held to a season-low 3.4 yards per carry with Sanders out because of a broken left hand. Twelve days after racking up 238 yards on the ground against Washington (6-10), the Eagles had 119 yards rushing.

But the defense finally got to Taylor Heinicke, and the Eagles wore down a banged-up opponent, erasing a 16-7 deficit. Jake Elliott connected on field goals of 42 and 41 yards in the fourth quarter, and Rodney McLeod picked off Heinicke in the end zone with 24 seconds remaining to seal it.

“I wanted to just make sure I closed this game out the right way,” McLeod said. “It felt good to be able to finish a game, make a big catch.”

Rookie Jaret Patterson rushed for his second career TD for Washington, which was missing top running back Antonio Gibson, left guard Ereck Flowers and punter Tress Way because of COVID-19 protocols. Heinicke flashed some of his trademark elusiveness, evading pressure during a big fourth quarter, but threw an interception for the fifth consecutive game after leading Washington to the Philadelphia 20-yard line.

“That safety made a hell of a catch,” said Heinicke, who was 27 of 36 for 247 yards. “I think if (intended target John Bates) doesn’t trip, that’s a touchdown. It’s unfortunate.”

Ravaged by injuries and virus-related absences, Washington’s faint playoff hopes came to an end with a home loss that felt more like Lincoln Financial Field because of all the Eagles fans in attendance. It’s the team’s fourth consecutive loss after winning the previous four games.

“Hopefully we’re developing character,” coach Ron Rivera said. “The important thing is how we finish. We have one more game to go. We go from there.”

Sirianni went for it on fourth and goal twice, leading to two touchdowns from Boston Scott, who got the bulk of the carries in Sanders’ absence. The Eagles celebrated another victory, but Hurts was not ready to reflect on the team’s journey.

Eagles: Right guard Nate Herbig injured his left ankle late in the second quarter but returned in the third. … LB Shaun Bradley was inactive because of a shoulder injury.

Washington: Tight end Ricky Seals-Jones injured his neck in a nasty collision with a camera operator on the sideline in the second quarter. Seals-Jones had his neck stabilized before he was lifted onto a stretcher and carted off. The cameraman had a cut on his nose but continued to work. Rivera said Seals-Jones was walking around and OK.

Eagles will host the NFC East champion Dallas Cowboys on Saturday night.  Both teams may be tempted to rest their starters in that one. Philly will end up as a 7th or 6th seed in the playoffs at best.