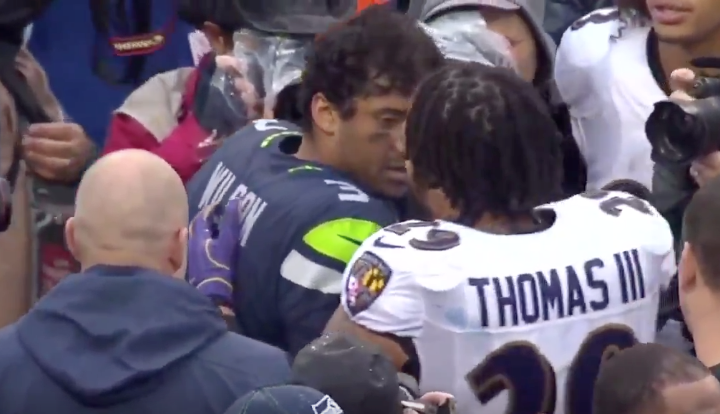 Earl Thomas had spent the entirety of his career with the Seahawks — up until this season, that is.

The Seahawks had no problem letting Thomas test the free-agent market earlier this spring, when the Ravens signed him to a four-year, $55 million contract, which was surprising, given his age and injury history.

Thomas squared off against his former team on Sunday for the first time, getting “revenge” in the game at CenturyLink Field, in the form of a 30-16 win.

Not only that, Thomas’ postgame behavior spoke volumes, as he shook everyone’s hand — all the players, that is. As for head coach Pete Carroll, well, Thomas ignored him on the field after the game.