Updated: Edmonton’s Evander Kane Suspended One Game for Knocking Colorado’s Nazem Kadri Out of the Third Round 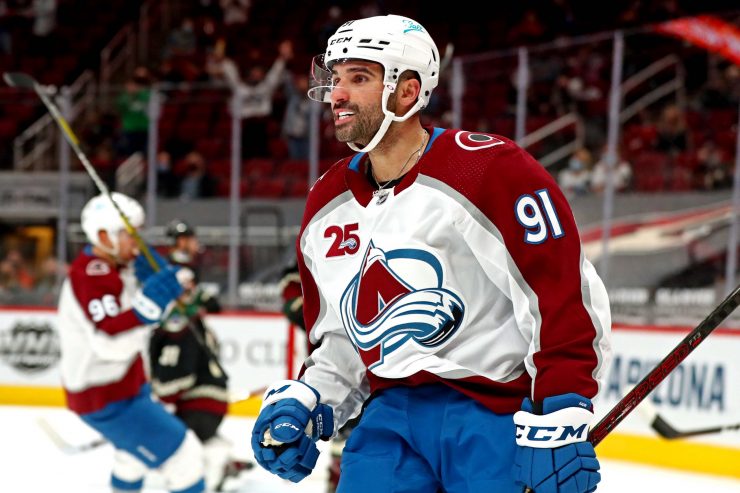 Barring a meltdown by the Colorado Avalanche, they’re advancing to the Stanley Cup Finals. Hold the celebration. Saturday’s 4-2 victory over the Edmonton Oilers came with a heavy cost.

At the 1:04 mark of the first period, Oilers winger Evander Kane cross-checked Colorado Avalanche forward Nazem Kadri violently into the end boards injuring him. Kadri would leave the game and not return. For his efforts, Kane was assessed a five-minute major for boarding. The Avalanche failed to convert on ensuing the five-minute power play.

If you can’t stop a player on the ice, drive him headfirst into the end boards and knock him out for the rest of the series. I know that sounds extreme, but that’s what appears to have happened in game three. Extreme maybe, but not outside the realm of possibilities.

Kadri’s absence from the Avalanche lineup leaves a huge hole. He’s fifth on the team in scoring with six goals and 14 points. He’s also a plus-seven. In three games against the Oilers, he scored a goal and four points.

Even though Kane didn’t get ejected from the game, he could receive a call from the NHL’s Department of Player Safety. Yeah. About that. Most fans don’t have a lot of faith in the NHL’s DoPS. I think fans expect a tweet from DoPS about Kane receiving a customary $5,000 fine. What did you expect? The Department of Players Safety is being run by a former NHL tough guy George Parros. In lay person’s terms he’s a goon. Parros played in 474 NHL games, scoring 18 goals, and 36 points. His only skill was beating up people. He served an impressive 1092 minutes in the sin bin. If you add that all up, he spent 18 games in the penalty box. Even more impressive, he did this playing just under six minutes a game.

Evander Kane was given a 5-minute major for boarding on this hit on Nazem Kadri. #StanleyCup | #LetsGoOilers | #GoAvsGo pic.twitter.com/xRv9dN2WQs

According to Bednar, Kadri left the arena with a cast on his right arm.

"It's the most dangerous play in hockey."

Avalanche head coach Jared Bednar comments on Evander Kane's hit on Nazem Kadri and confirms Kadri will be out for at least the rest of the series. pic.twitter.com/el2OrRQK8X

“You’re taught from a young age that you don’t do that. Especially in that distance from the boards,” Avalanche captain Gabriel Landeskog said. “It’s a dangerous play. I’m sure [the NHL] will take a look at it.”

“I was just coming in on the backcheck. The puck went wide, dribbled into the corner,” Kane said in the post-game press conference. “I know he likes to reverse hit, and I was just trying to get a bump on him. That’s really all I did. Unfortunately, he went into the boards awkwardly and hurt his hands. That was unfortunate.”

What Kane did to Nazem Kadri, slamming the Avalanche center into the boards with obvious intent to injure, fits the modus operandi of a scoundrel that has been known to flash a fake COVID-19 vax card and has been accused of welching on a stinking pile of gambling debts,” Mark Kiszla of the Denver Post said.

UPDATE: Kane has been suspended for game four of the Western Conference Finals.

Edmonton’s Evander Kane has been suspended for one game for Boarding Colorado’s Nazem Kadri. https://t.co/1zUiUo0LZb