Eloy Jimenez and John Means out long term with injuries 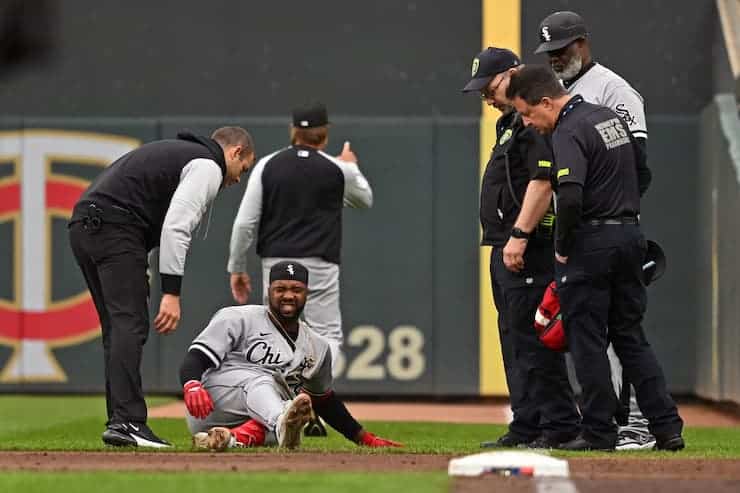 The Chicago White Sox and Baltimore Orioles received significant blows on the weekend as it was reported that White Sox left fielder Eloy Jimenez would miss six to eight weeks with a right hamstring strain, and Orioles ace John Means will miss the remainder of the 2022 Major League Baseball season with Tommy John surgery.

Jimenez suffered the injury on Saturday while running to first base. The injury happened in the second inning, in a 9-2 Chicago loss to Minnesota, and he needed to be carted off the field.

Eloy Jiménez exited today's game after suffering a leg injury while running through first base. pic.twitter.com/i8Vfmt1eZk

So far in 2022, Jimenez is batting .222 with one home run and seven runs batted in. During 36 at bats and 39 plate appearances, he scored two runs, had eight hits, one double, two walks, one sacrifice fly and 12 total bases.

Playing a full season has been a major issue for Jimenez. After a productive rookie season in 2019, where he batted .267 with 31 home runs and 79 runs batted in, Jimenez only played 55 games in 2020 due to ankle and foot injuries. Then in 2021, Jimenez ruptured his pectoral tendon in a meaningless spring training game and did not play until July. The ankle injury he suffered in 2020 was extremely strange as it happened while he was celebrating Lucas Giolito’s no-hitter.

It has been a slow start to the season for the White Sox, as they have a record of six wins and nine losses to start the year. Prior to the season, the White Sox were the favourite to win the American League Central, with odds of winning the World Series at +1400. Now according to betonline.ag, their odds have actually improved to +1200, despite struggling in the early going.

The Orioles are expected to be at the bottom of the American League East. Their odds of winning the World Series are at +40000.