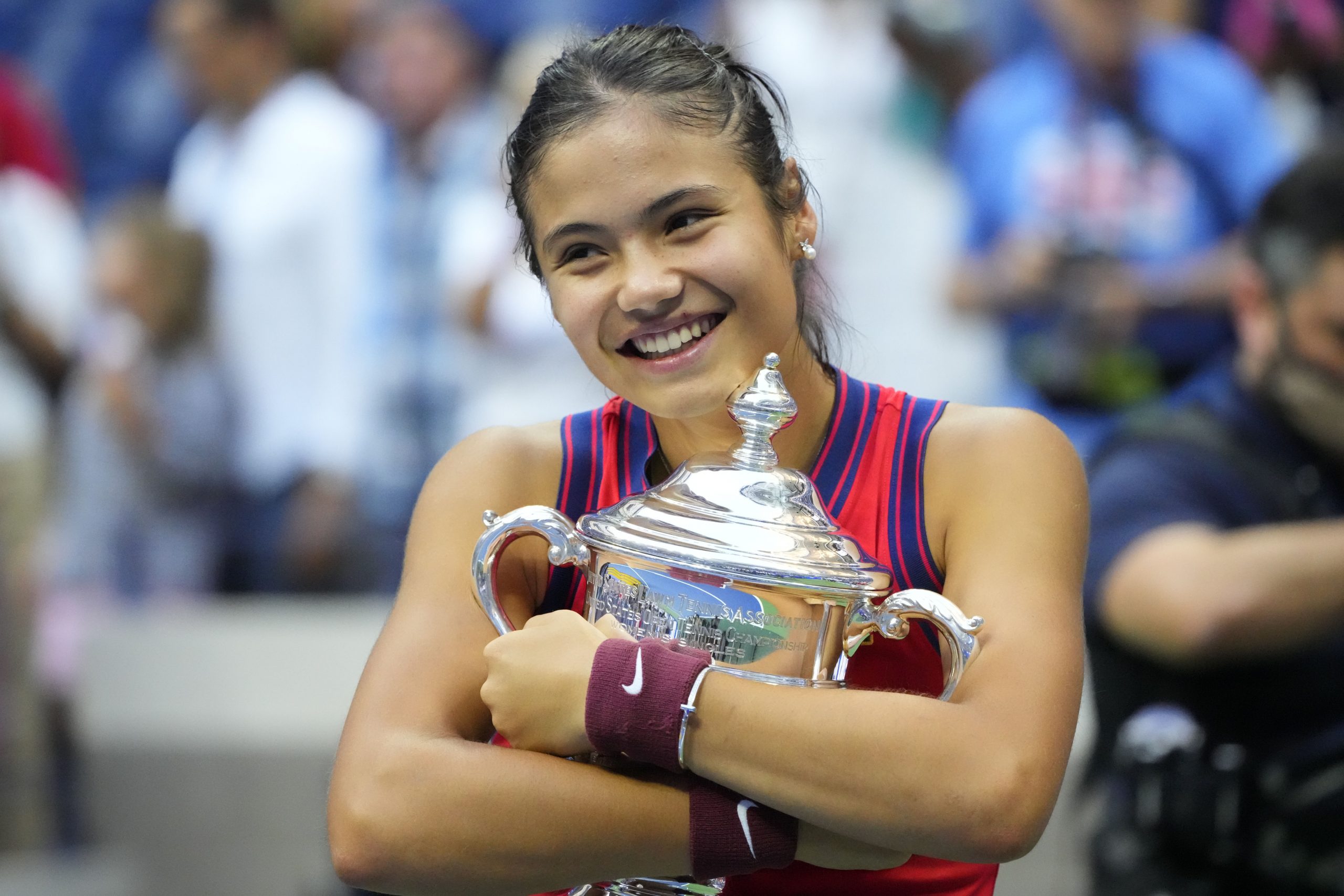 The 2021 U.S. Open completed this past weekend with the women’s final on Saturday and the men’s final on Sunday. In women’s action, Emma Raducanu of Great Britain made tennis history by becoming the first qualifier ever to win a grand slam title. Then in men’s action, Daniil Medvedev of Russia prevented Novak Djokovic of Serbia from making tennis history with a straight sets win.

Raducanu beat Canadian Leylah Annie Fernandez 6-4, 6-3. Both players were unseeded as Raducanu was 150th in the world, and Fernandez was 73rd. It was the first time in the open era in tennis that the singles final (men’s or women’s) had two unseeded players.

Raducanu was able to break Fernandez twice in each set. She also became the second English woman ever to win the U.S. Open. The first was Virginia Wade, who beat Billie Jean King of the United States,  6-4, 6-2 in 1968. It was Wade’s first of three grand slam singles titles. She went on to beat Evonne Goolagong of Australia 6-4, 6-4 in the 1972 Australian Open women’s singles final, and then Betty Stove of the Netherlands 4-6, 6-3, 6-1 in the 1977 Wimbledon women’s singles final.

In the men’s final, Medvedev defeated Djokovic 6-4, 6-4, 6-4 for his first career grand slam title. Medvedev and Djokovic previously batted in the 2021 Australian Open men’s singles final, with Djokovic winning 7-5, 6-2, 6-2. Unlike the women’s final where both players were unseeded, the men’s final had the top two seeds with Djokovic at number one and Medvedev at number two. Djokovic was trying to be the third men’s tennis player all-time to win all four majors in the same year, but was unable to do so.