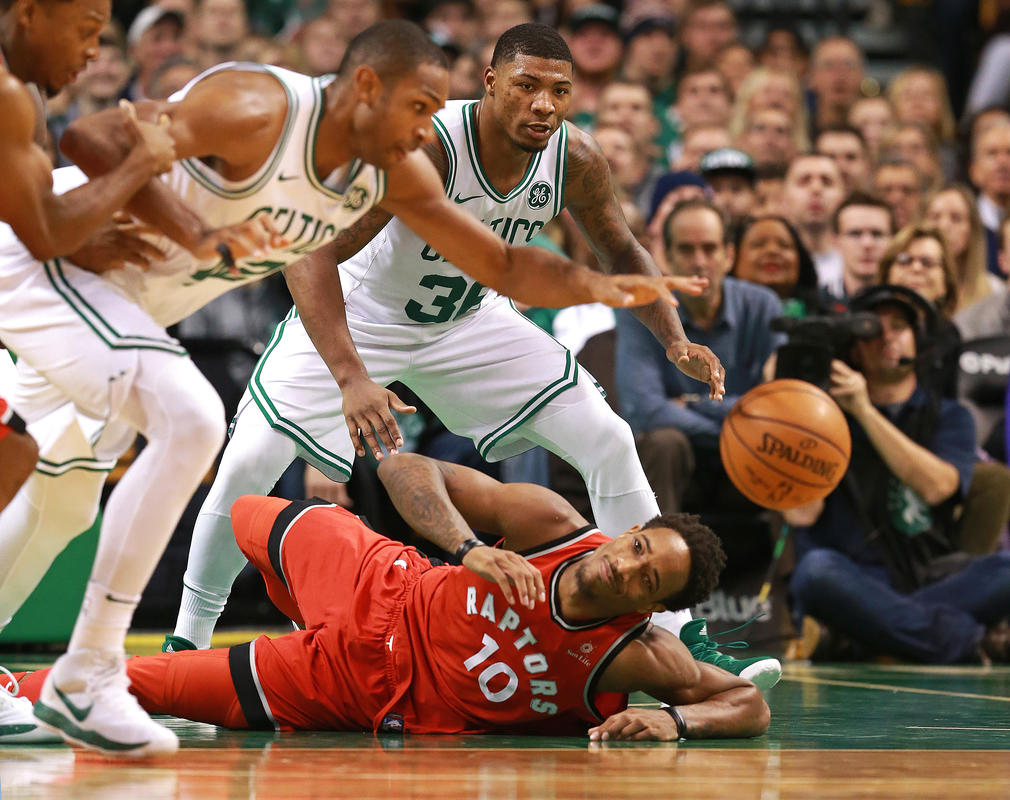 We often wonder what opposing teams, their beat reporters and bloggers are saying about the Celtics. Here’s a look at some enemy chatter from Toronto.

Boston’s extraordinary defense paid dividends for them. The Raptors were able to get up only 69 shots (they took 98 against the Pelicans, and 81 versus the Bulls) while turning the ball over 17 times. The Celtics on D are almost religious about keeping their hands active, and create deflections and steals often.

They are aggressive all over the floor. Norman Powell got wiped out by Aaron Baynes and had to leave the game.

When the Raptors were able to shake free of their tormentors to get off a long ball, the results were encouraging; they were 10 of 24. C.J. Miles hit two quick ones in Q3. Boston adjusted (something they are remarkably strong at doing) and our specialist made no more.

I can’t get enough of the Celtics defense. They’re long, strong and down to get the friction, err, never mind.

Get a load of these numbers:

I’m still in disbelief over the dramatic improvement in rebounding. Boston is 4th in the league in total rebounds and 2nd in differential. Last year, Toronto out-rebounded Boston in all 4 games (182-152). Last night, the Celtics won the boards, 46-36.

Not surprisingly, the Raptors blogger ever gracious with his defensive compliments, had a different perspective on two pivotal plays:

Tatum hypnotized the refs sufficiently to score the Celtics’ final bucket on a clear-cut travel. Coach Casey called a time-out and showed the zebras exactly the spot where Tatum should have been whistled, but it was too late.

There’s no denying Tatum’s elbow made contact with VanVleet’s glass chin, but I contend he flopped. As for the alleged travel, I’ve rewatched the play countless times and just don’t see it.