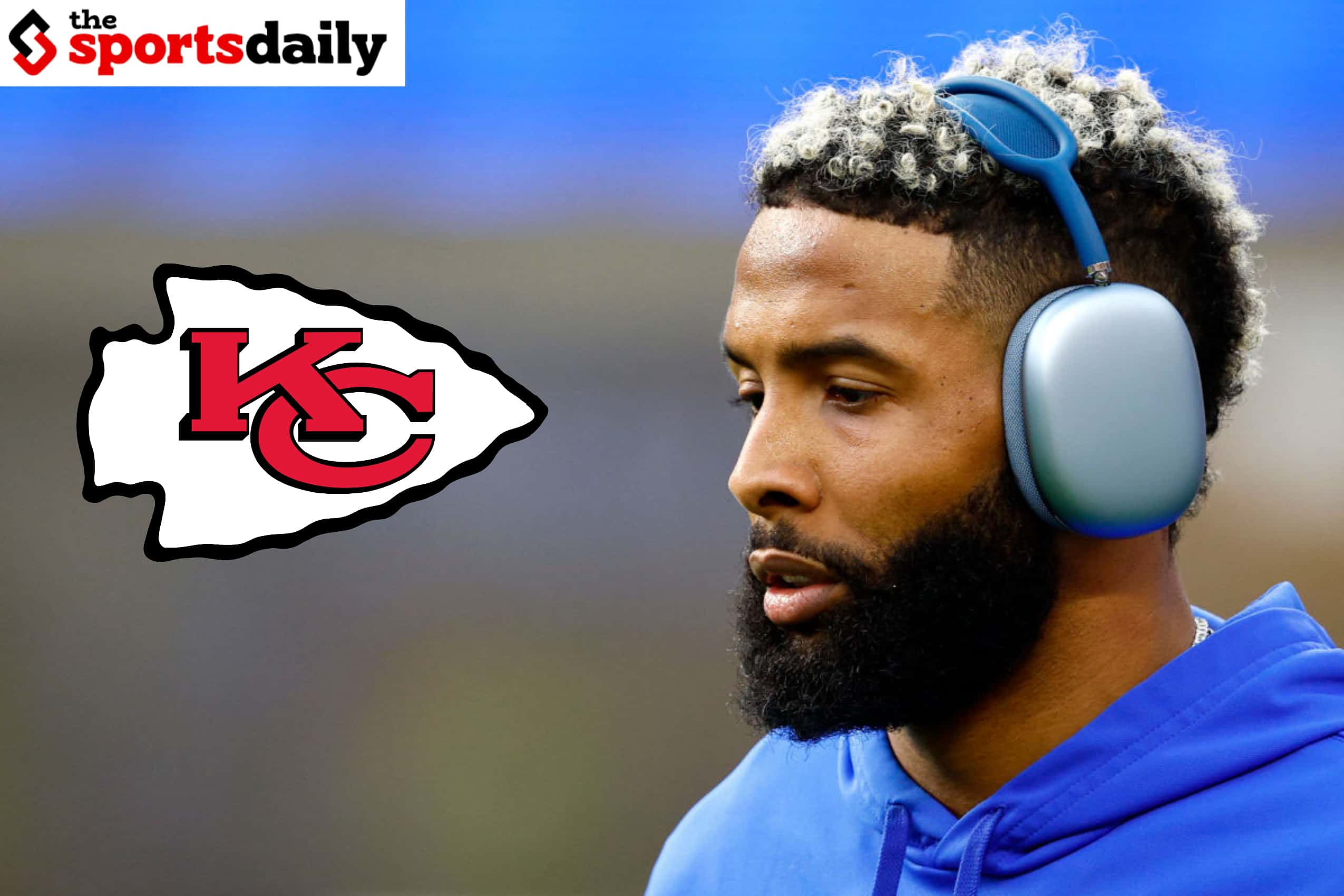 Odell Beckham Jr has been in free agency after being waived by the Los Angeles Rams, but an ESPN analyst duo have tipped the wide receiver as a perfectly suited addition to the Kansas City Chiefs.

The 29-year-old suffered another nasty torn ACL injury during the Rams’ Super Bowl win over the Cincinnati Bengals last year, and although he was widely expected to re-sign with LA, he has been in free agency since being waived by the franchise.

The three time Pro-Bowler and former Offensive Rookie of the Year was recently spotted back at the Giants’ training facility, the team he was drafted by as the 12th pick back in 2014, and has been touted for a return to New York.

However, ESPN analysts Dan Graziano and Marcus Spears have thrown another name into the mix, explaining why the Chiefs, who are as short as +700 for the Super Bowl in NFL betting, not only need a player of his calibre but also why OBJ would be a perfect fit.

Speaking on ESPN’s Get Up show, Spears said: “They need a closer at the wide receiver spot. I like this team and we know how great Patrick Mahomes is.

“But when you get to high leverage games, which is where they are heading, it’s about having the man as opposed to some concept Andy Reid can dial up.

“Beckham Jr will open up things obviously, and he will add and increase their run game. I think this is his best chance to win another ring, but I also think he can come in and increase an offence that just put up 41 points against the Bucs.”

His colleague Graziano concurred, although he was slightly more cautious given the two ACL injuries sustained in recent years. He said: “I agree, but a couple things. We don’t know when he’s going to be healthy or how healthy he is going go be.

“The mist likely situation is back to the Rams, they’ve stayed in touch and there’s mutual interest shown. But where would he want to go? The opportunity to play with Patrick Mahomes, and if he’s healthy he could be the no.1 receiver.”

While the Rams are also expected to be interested after putting up just 70 points in their opening four games, the Chiefs could be an attractive option for Beckham Jr given the imperious form of Patrick Mahomes.

Particularly with Tyreek Hill moving on to the Dolphins, experience and offensive know-how he could bring to the team would bolster their attacking options alongside Travis Kelce and Deebo Samuel.