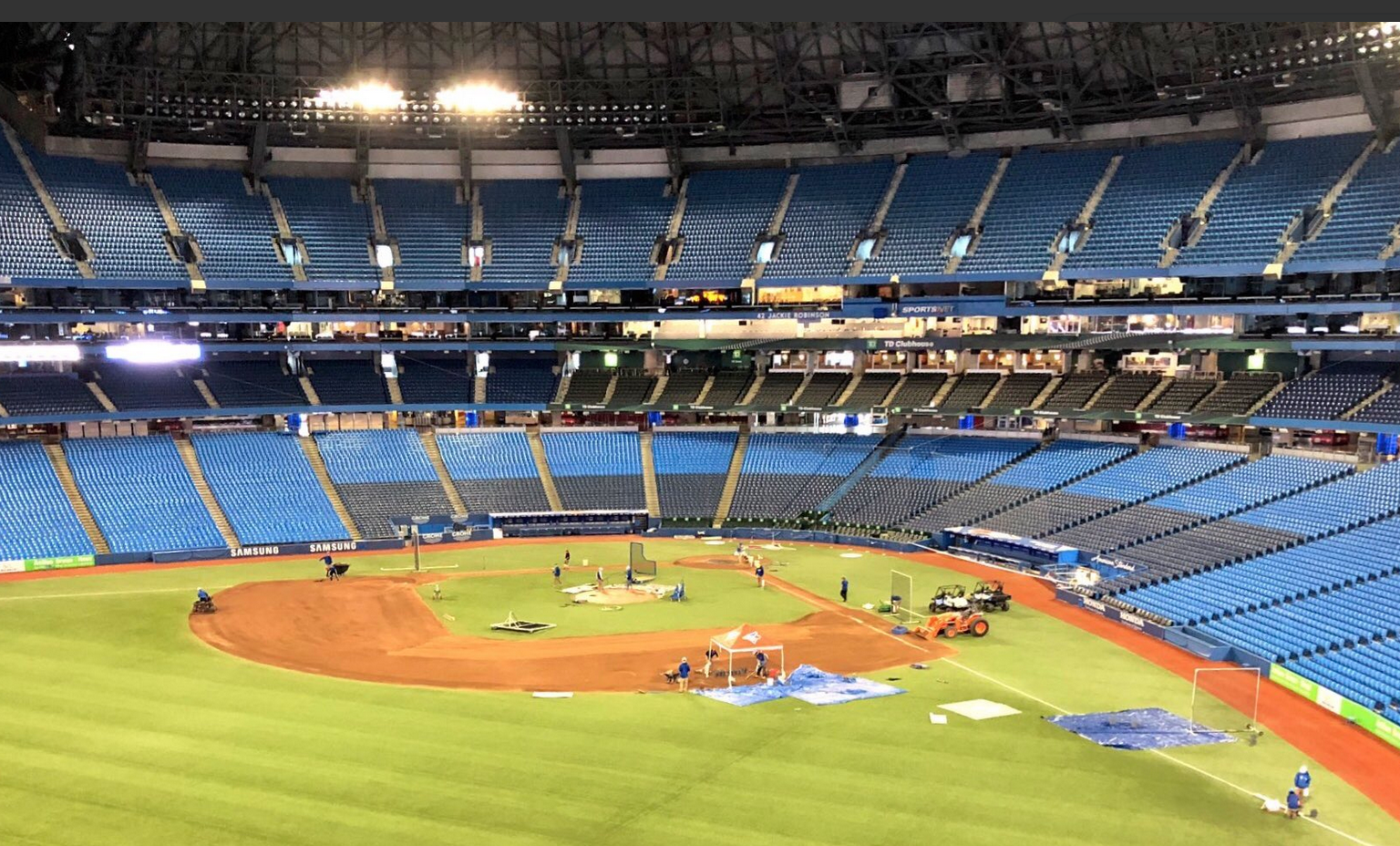 The weather in Toronto has been quite ugly, and that could take a toll on sporting events in the city in the near future.

As for the Rogers Centre, falling ice appears to have a created a hole in the roof there, which these photos show.

Here are some pictures from the current sight at the Rogers Centre. The falling ice appears to have created a hole in the roof…There are tarps on parts of the field. Tonight’s #BlueJays game appears to be in jeopardy, but stay tuned. Pics via @ScottyMitchTSN @PatMorrell_CBC pic.twitter.com/UoSzKRv8fb

Watching a hero try to get the @BlueJays game going ahead tonight by fixing the @RogersCentre roof. The guts on these two! pic.twitter.com/0zqrfemfzY

The Jays issued a statement on it, and the possibility of it affected Monday’s game against the Royals.

We are currently working to repair damage to the Rogers Centre roof caused by falling ice from @CNTower. We continue to work with @CNTower & @TorontoPolice to assess the situation, & will provide updates about tonight’s game shortly. Gates 1-6 remain closed until further notice.

Tonight’s game could possibly be postponed. We’ll soon find out.