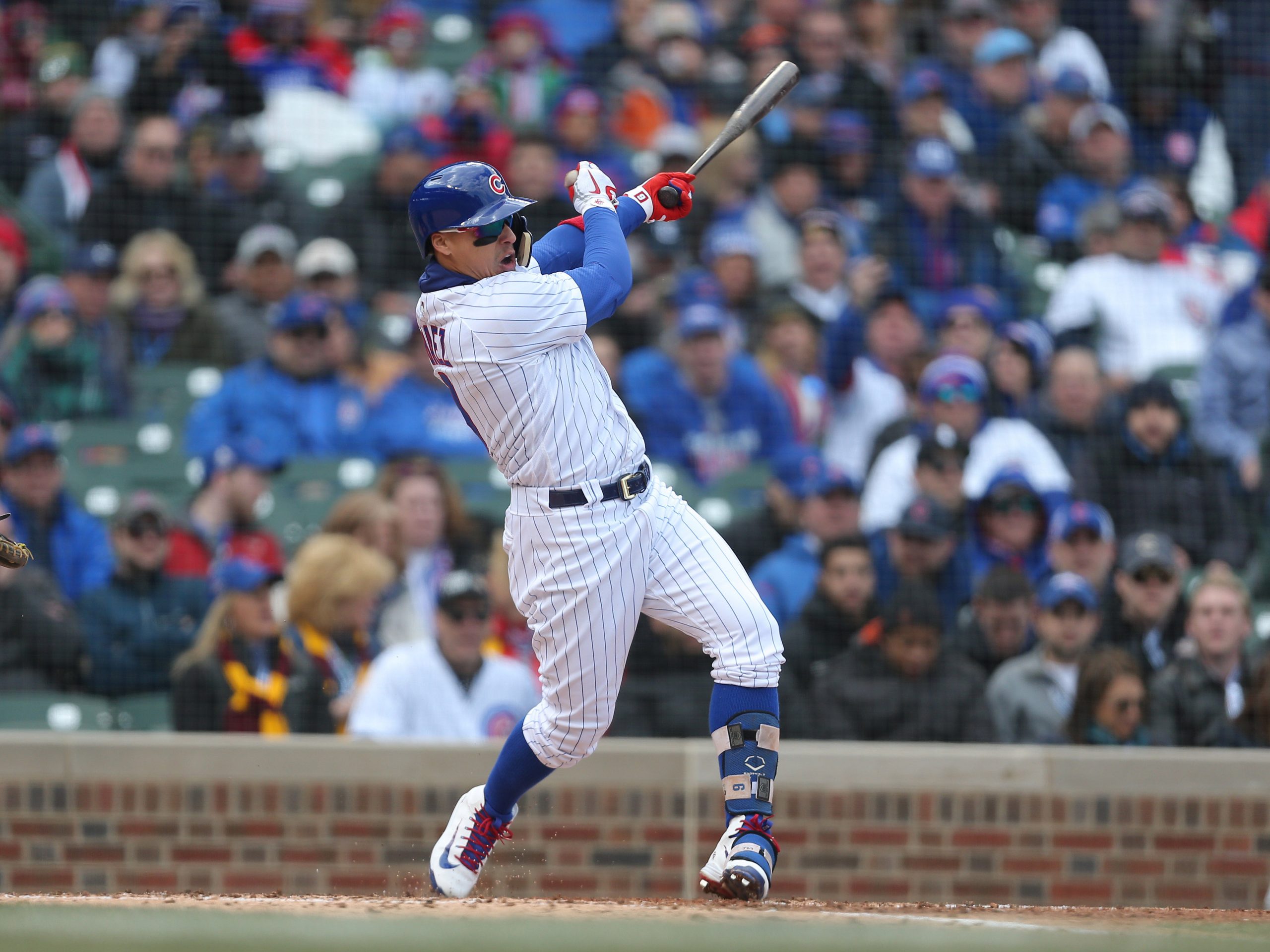 Each week throughout the regular season, we’ll highlight 20 players (10 position players and 10 starting pitchers) who have either enjoyed the last seven days of play or are thankful that they’re over. To qualify for this list, hitters had to accumulate at least 20 plate appearances during the prescribed time period, while starting pitchers had to log at least 7 innings.

And no, the obvious guys won’t be mentioned here, like Mookie Betts — just about everyone knows the kind of week he’s had (the New York Yankees are well aware, too), so you don’t need us to say that he’s hot right now.

In addition to identifying some players to keep an eye on as the fantasy baseball season heads into Week 3, we’ll also add some interesting statistics for a few in particular.

Javier Baez‘s big week has been buoyed by back-to-back multi-homer performances (the first by a Cubs player in almost exactly a decade). While he’s known as a terrific defender, Baez has also built a reputation for being a bit of a free swinger.

His 44.7% chase rate (heading into Friday’s action) is the fourth-highest mark in baseball, but he’s also paired that with an 83.9% swing rate on strikes. That’s much higher than the 72.6% rate he posted in 2017 (a new single-season career high), and it’s one of the league’s highest.

This can help explain why his hard-hit rate is currently sitting at 48.3%, which is well above his career average of 31.6%.

Eric Thames was one of baseball’s best hitters by the end of last April, and he’s making another bid for such a title based off a 184 wRC+ in 44 plate appearances. This has been made possible by getting hot and hitting four homers in his last five games, but it shouldn’t be surprising upon seeing his current performance on fly balls.

Keep an eye on his curveball usage, too — after throwing it 14.8% of the time as a rookie, he’s bumped it up to 26.0% at the moment. As you can imagine, the results have also been good. Opposing hitters have mustered just a -5 wRC+ off this pitch, striking out 41.2% of the time with a 77.8% ground-ball rate.

Zack Godley was the only pitcher among this group to take the hill just once this past week, but he made it count. The right-hander went seven strong innings for the second consecutive time against a National League West opponent (it was the San Francisco Giants this time) and generated swings and misses 20.0% of the time. 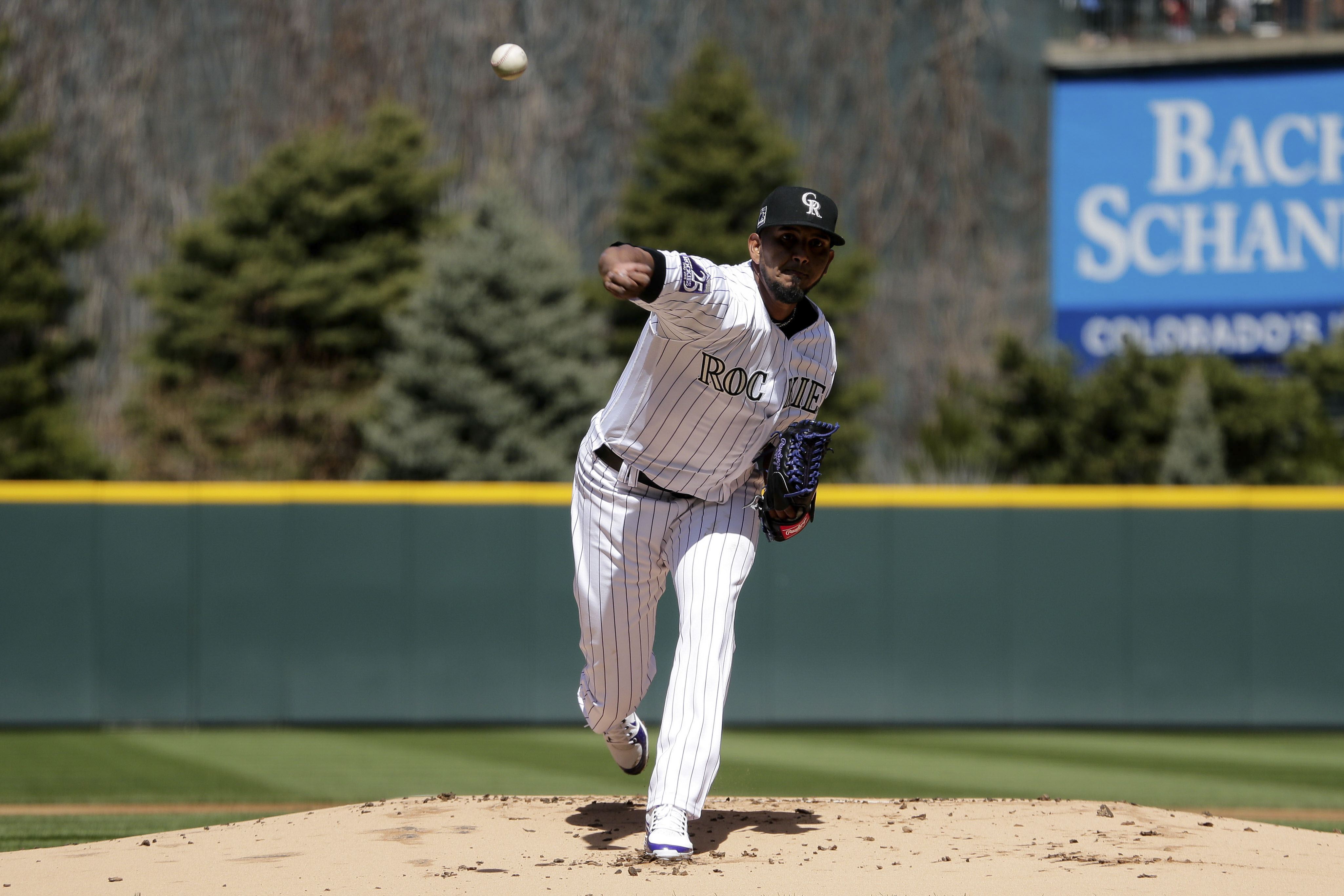 Jason Kipnis really wishes Spring Training stats counted right about now. Through 52 Cactus League at-bats, he had an 1.193 OPS with 6 homers and 12 RBI. In 55 regular season plate appearances, he’s mustered just a .456 OPS and is still searching for his first dinger.

Yoenis Cespedes‘ 3 RBI have all come in clutch situations while dealing with flu-like symptoms, but his 39.2% strikeout rate this season is still the sixth-worst in baseball. The good part is that his walk rate is still up at 9.8%, but his hard-hit rate and soft-hit rate can’t both stay at 24.0%.

It’s been encouraging that the Mets have gotten off to a franchise-best start without Cespedes in a groove at the plate, but this offense will ultimately need him to shoulder the load as the season wears on.

German Marquez did strike out four while surrendering just one hit in three scoreless innings the other day against the San Diego Padres prior to getting ejected, but that’s not enough to wipe our memories of the start before that. You know, the one where he allowed seven runs on seven hits, six walks, and two strikeouts in 4.2 innings.

In three starts, his game scores have read 68, 57, and 24, with the final one coming against the Boston Red Sox.