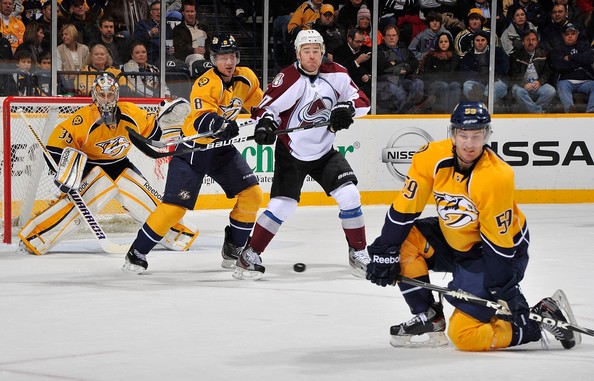 I have never been to Fort Erie Race Track.  I’ve never spent all that much time even thinking about Fort Erie Race Track.  To my knowledge, no one in my circle of friends & family has ever been to Fort Erie Race Track.  Considering that I have lived my entire life in the Buffalo area, and that the track is juuuuust on the other side of the Peace Bridge, this seems like an accomplishment on some level.  This came to mind upon reading the story in Saturday’s Buffalo News regarding the upcoming Prince of Wales Stakes.  It could well be the last time the race is held in Fort Erie, with the previous announcement that the track as of now will be closing at the end of 2012.

We like to reminisce around here.  Oh, how we like to reminisce.  Try bumping into any Sabres fan (especially one 40+ years old) and not have a conversation at some point turn to the Aud, and Perreault, Martin, and Robert.  Or ANY Bills fan old enough to recall when they actually played games in January who won’t talk about how they we’re at the comeback game against the Oilers, and did NOT leave at halftime, with the requisite amount of chest-thumping included. (I actually qualify for that one, but that’s another blog that’s probably been written 50x already. Enough.)  Crap, we love remembering the lousy stuff around here – Bethlehem Steel closing, Trico leaving for Mexico (“Don’t you DARE level that empty crumbling warehouse and build a new facility in its place! Progress?  Who wants progress?”), blah blah blah.  I don’t recall anyone, ANYONE I know talk about “that time over at The Fort”. Hitting the trifecta, or losing on a photo finish.  Nuttin’.  And if you know anyone that plays poker, or golfs, sometimes the bad beats make for better storytelling than the wins.

Here’s something that’s hung on, through good times and bad times and really bad times.  It came well before, and far outlasted Offermann Stadium, the Aud, and the Rockpile.  And there is no way, no way it will be remembered or romanticized in the way those places are.  Because it’s Canadian?  Well maybe, but plenty of people still think back to visiting Crystal Beach (maybe even taking the Canadiana to do so).  Hell, they sell Crystal Beach suckers around town.  My guess would be that it’s just a reflection of where horse racing ranks in the hearts and minds these days.   I don’t think there would be any more tears shed if Buffalo Raceway were shutting it down at the end of the year.  And yes, the sport certainly has its devotees (drive by any OTB and look in the parking lot), but the general public really only is interested for about 5 weeks a year in the spring (Hey, just like the NHL! HEYYYOOO!!! #CheapShots).  And yeah, it doesn’t help that the provincial government took the slot machines out, or that Americans near the border are getting their gamble on at home way more often now than just a few years ago.

Now, I’m not gonna lie to you.  Unless there is an upset in the making, I am NOT planning a trip to Fort Erie before the last winning ticket is paid out.  Maybe that’s hypocritical after using almost 500 words asking why we don’t care more than we do about this.  But then, maybe it’s more hypocritical to go now, when her fate appears to be all but cast, like attending a wake when the patient is still hooked up to life support.  Well, I don’t like wakes, and I sure as hell don’t like hospitals.  If her time has indeed come, better for me to let her go peacefully without another morbidly curious visitor.