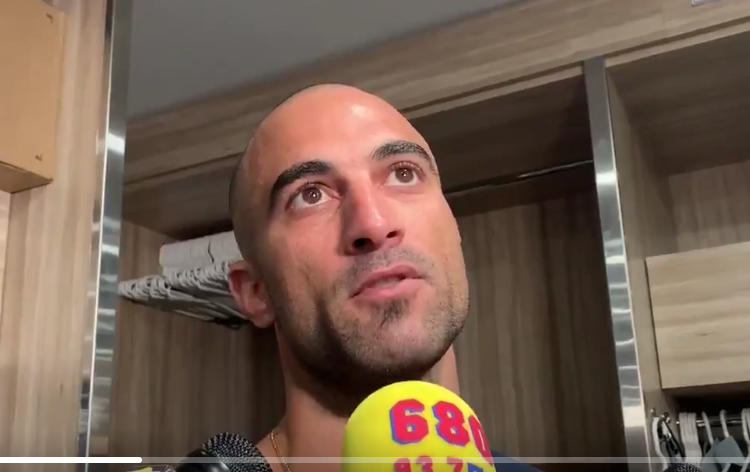 Players around MLB have shared their thoughts about the Astros’ sign-stealing scandal this week, but none of them were as angry as Braves outfielder Nick Markakis.

A lot of guys blamed MLB for a weak punishment, and they’d be right, especially in looking what UEFA did to Manchester City for their Champions League mishaps. Even soft-spoken guys like Mike Trout had strong opinions.

Still, none of them brought the fire like Markakis did, as he actually said every Astros player “needs a beating.”

“It angers you, especially coming from a guy who’s played the right way his whole career,” he said. “No shortcuts. I know how hard this game is and I know how hard preparing for this game is. To see something like that, it’s damaging to baseball. I feel like every single guy over there needs a beating. It’s wrong. They’re messing with people’s careers.”

We can’t wait until the Braves play the Astros, after hearing those comments.