Finally a Series Win Against the Goddamn Cardinals: The Brewers Bar Weekly Hangover 5/1–5/7 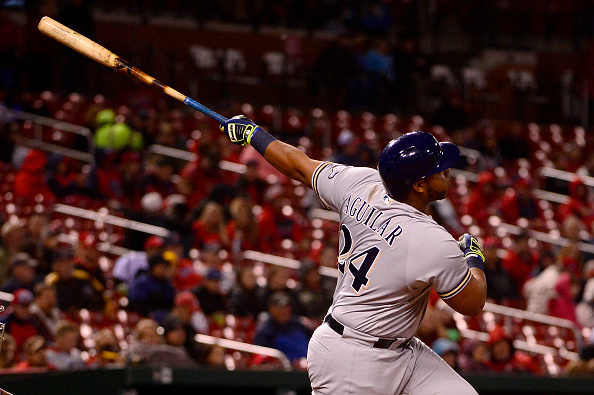 Brewers Win Series Against the Goddamn Cardinals: Finally.  It took a rainout to shorten the series to a winnable number, otherwise I suspect we’d be celebrating a series split.  And you better believe we’d be celebrating, because even not-losing to the goddamn Cardinals is enough to spark a bit of joy in the hearts of long suffering Milwaukee baseball fans.  Now we no longer have to endure broadcasters commenting on how the Brewers are 0-15-2 in series play against St. Louis since April 2014.  We also got to savor the rare satisfaction of winning a game started by Adam Wainwright, who had 4 RBIs last time he faced the Crew at Miller Park.

But that’s ancient history how.  It’s the dawn of a new day.

Slumps Happen: Now that we’re in May, we’ve shifted from players having slow starts to players who were doing pretty good starting to slump.  The season is six months long, so we’re used to ups and downs, and there are always some players who are not performing at the level they should be.  Last week, April hero Eric Thames finally demonstrated that he’s human.   In three games in St. Louis and the first two in Pittsburgh, Thames was 3-for-20 and hadn’t gone deep in over a week.  He broke out it yesterday, getting three hits including a homer, so crisis averted.  Reliever Jacob Barnes has also struggled recently, but he’s staying positive, so that’s cool.

As long as the Brewers stay average, a little slump here and there isn’t anything to get too worked up about.

Jesus Aguilar’s First Dinger, Lucas Erceg’s Hidden Ball: The Brewers couldn’t have pulled off their historic series win against the Cardinals without Aguilar’s first big league homer.  Aguilar struggled with limited playing time and wasn’t able to get anywhere near the 1.376 OPS he put up in Spring Training.  Now that he’s got this one out of the way – and added another one yesterday – surely this is the start of something beautiful.

Another guy who turned some heads during Spring Training was Lucas Erceg, currently playing with the Advanced A Carolina Mudcats.  Last week, Erceg pulled off that rare feat that’s only cool if it works otherwise it’s a painful waste of time – the hidden ball trick.

Although it’s unclear from the broadcast, presumably the trick worked.  Otherwise why would the Mudcats have posted it in their official Twitter account?  I have complete trust in the accuracy of minor league social media.

Miller Park welcomes the Boston Red Sox for the first time since 2003, when the Brewers lost two out of three.  More recently, the Brewers swept the then-defending world champion Red Sox at Fenway Park during Milwaukee’s unbelievably hot April of 2014.  No one knew the heartbreak that awaited us in September of that year.  No one knows who will be heartbroken after this week’s series.  We can be reasonably sure the Twins are heartbroken about being destroyed by Boston yesterday by a score of 17-6, considering it was a one-run game going into the ninth inning.