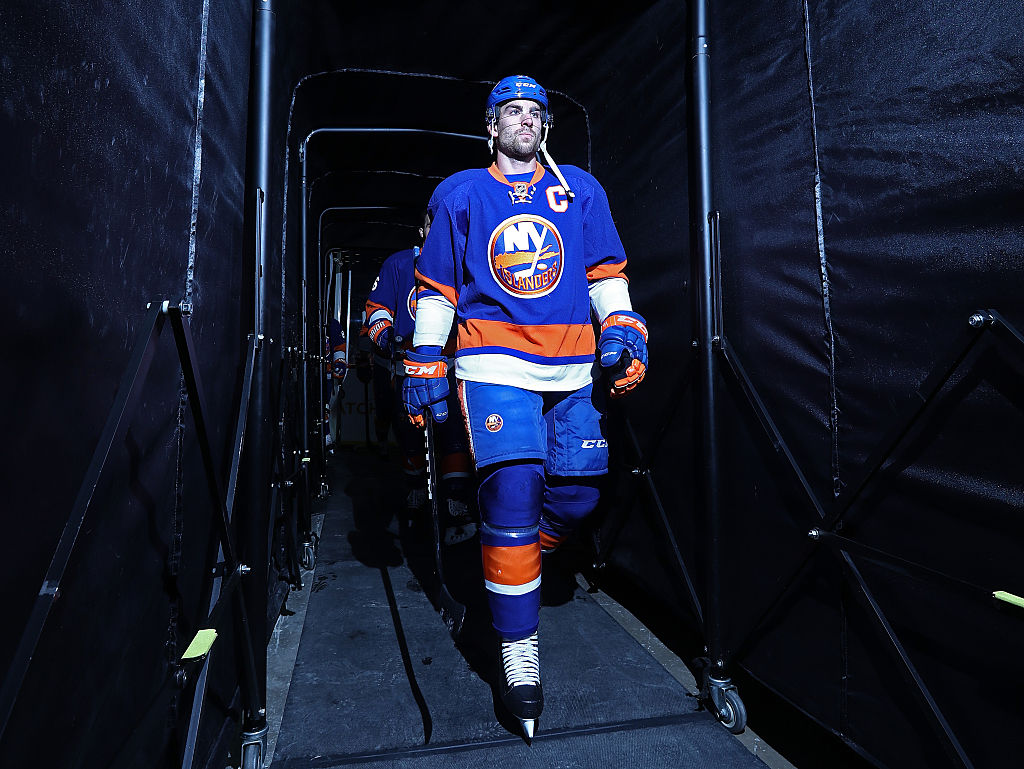 The start of the 2017-18 season is upon us and there is plenty of intrigue surrounding the Islanders when they hit the ice on Friday for the first day of on the ice at training camp. The two biggest questions for the franchise remain whether or not star forward and captain John Tavares will sign a contract extension before July 1, 2018, and what is the team’s long-term plan for an arena.

However, outside of that plenty of question remain for an Islanders team that must win early in the year if they’re hoping to avoid falling into the hole that besieged them during the 2016-17 campaign. The Islanders did bring in five-time 20-goal scorer Jordan Eberle via a trade with Edmonton, but that was about it. General manager Garth Snow also dealt away defenseman Travis Hamonic to Calgary for draft picks during the NHL Draft in Chicago in June, which means the Islanders lost a veteran defenseman on their blue line without a comparable replacement.

With that in mind, let’s take look at some of the storylines surrounding the Islanders heading into camp.

It’s the topic that has been on everybody’s mind since the season ended in April and shows no signs of going away anytime soon. John Tavares will enter training next week without having signed a contract extension with the Islanders, the only team he has played for since being drafted int 2009.

The Islanders captain continues to maintain that he wants to be a member of the Islanders for a long time, but there are a few things to work out before he signs on the dotted line. The two biggest factors being the direction of the franchise and some clarity on the arena situation. None of this is new information, but what should be watched is how Tavares and the team handle the constant barrage of questions asked of them about Tavares’ contract during the season.

For his part doesn’t expect it to be an issue. “I’m just going to focus on being the best player I can be, be the best captain I can be, and obviously we want to get back to the playoffs and have a chance to win the Stanley Cup,” Tavares told NHL.com.

The first two items on this list essentially go hand-in-hand. John Tavares’ decision to sign long-term will in some way be decided upon ownerships plan to develop a new arena at Belmont Park.

While the Islanders have not submitted a bid, the expectation is that they will before the state’s September 28 deadline. After that the public will likely get some idea of what the Islanders propose for the site and what kind of competition they will be up against. Until then, after that and until a shovel is in the ground expect this to something that will be hanging over the Islanders.

A lot of the success of this upcoming season will rely on the Islanders younger players being able to take the next step. Josh Ho-Sang made quite the impression with his 10 points (four goals, six assists) in 21 games at the end of last season, and they’ll need him to pick up where he left off this year. It’s safe to say Mathew Barzal and Michael Dal Colle could very well end up on the Islanders opening night lineup as well and they will need to produce. The question remains how will Barzal or Dal Colle fare at the NHL level since both have not seen much time there. Despite ample opportunity, Dal Colle played all of 2016-17 in the AHL while Barzal played two games with the Islanders last year before being sent back to major juniors.

The same question can be raised about Ryan Pulock, who is sure to be on the Islanders blue line following the trade of Travis Hamonic in the offseason. Despite a very good season with the Bridgeport Sound Tigers, Pulock appeared in just one game early in the year during the 2016-17 season. Pulock did play 15 games in 2015-16 as well as six games in the playoffs, but the small sample size leaves room for questions about how he will adjust to a likely important role on the blue line.

Doug Weight may not be new behind the bench, but the Islanders head coach will serve his first full season as the bench boss along with several new faces on the coaching staff. Weight’s mid-season takeover of the team helped reignite a spark in the Islanders that saw them miss the postseason by just one point.

Weight will look to do that again and has spent the offseason going over strategy and bringing in fresh voices to guide his players. Luke Richardson, Scott Gomez, Kelly Buchberger and Fred Brathwaite have all joined the coaching staff for the upcoming season, while Greg Cronin remains the lone holdover from Capuano’s time as head coach. It is a mix of some experienced coaches behind the bench along with Gomez, who has not had a job coaching before, and Weight.

The Islanders responded and respected Weight’s to the candid, to the point style of coaching, as well as the long list of accolades from his days as a player. Gomez brings a similar resume from his playing days to his new coaching role with the Islanders and has been already working with some of the younger players, such as Mathew Barzal, on the ice.

While the Islanders won’t be dealing with three goaltenders on the roster, they still find themselves in an interesting predicament between the pipes. It appeared that Thomas Greiss had won the Islanders starting job after Jaroslav Halak struggled early in the season and was sent down to the AHL in late december after an ugly loss in Minnesota. But things quickly changed as Greiss struggled late in the season, forcing the Islanders to bring Halak out of his AHL banishment and put him in net. Halak won all six of his starts after being recalled and  allowed more than two goal just once in that span. The Islanders coaching staff will have a healthy competition between the two for the starting job come opening night.

After all the ups and downs last season, who is the early favorite?