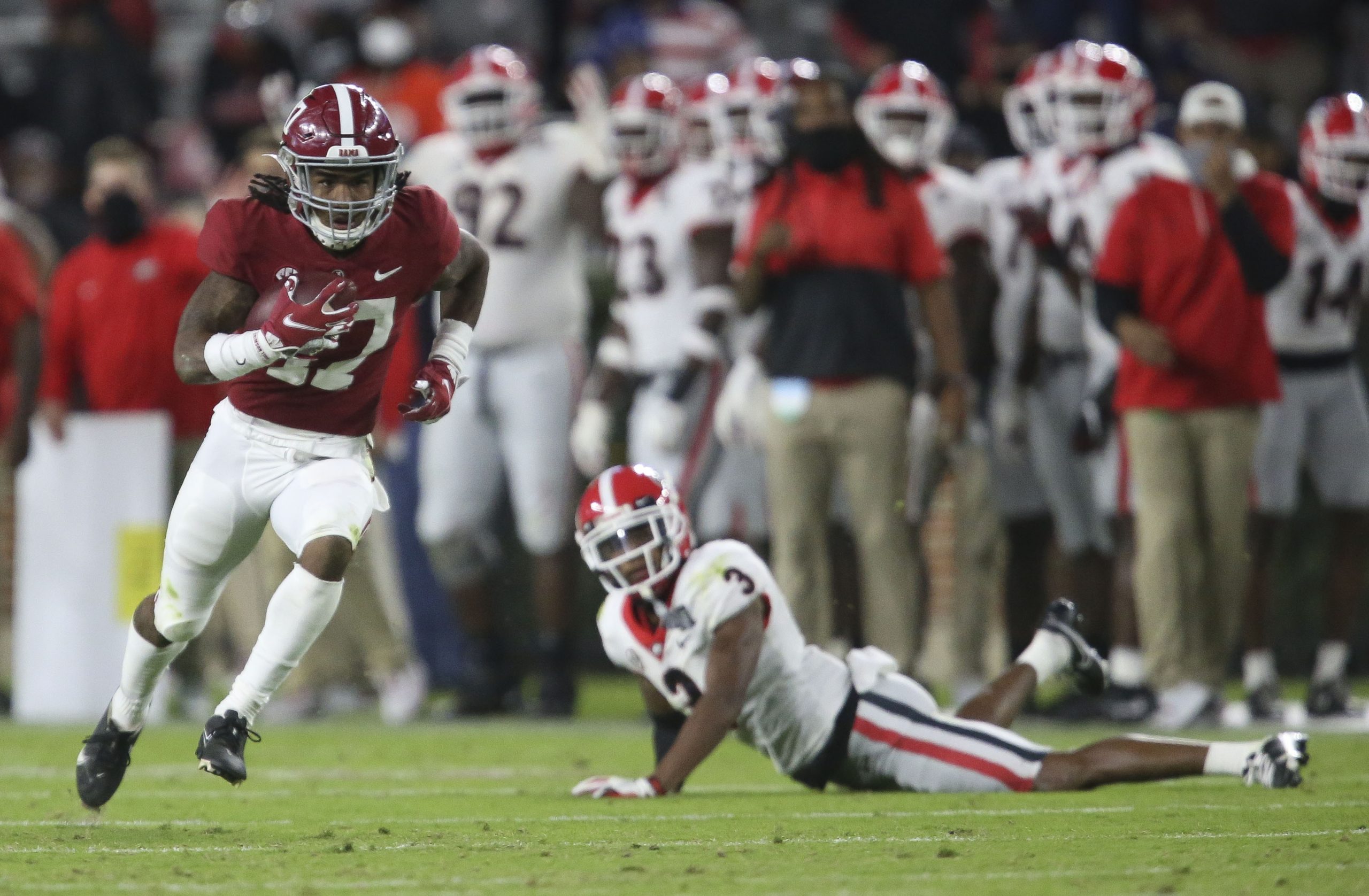 The 2021 NFL Draft is nearly upon us as the first round will get started on Thursday at 8 p.m. ET in Cleveland, Ohio. This offseason has already been filled with big-time trades and plenty of rumors floating around as to what could happen.

For the Philadelphia Eagles, who traded with the Mami Dolphins from the sixth overall pick to the 12th overall pick a few weeks ago, they cannot afford to miss with their draft pick. The Eagles have a total of 11 picks in the 2021 NFL draft.

This offseason, the Eagles traded away former franchise quarterback Carson Wentz, released veteran wideouts Alshon Jeffrey and Desean Jackson, and lost starting safety Jalen Mills in free agency. That being said, this draft is an important step forward for the franchise’s future.

General manager Howie Roseman, who has been criticized for his past draft picks said when referring to the totality of all those picks in the later rounds, “We’re still looking to try to find guys who can be role players or even develop into starters in those rounds, were not trying to draft backups.”

Even though the later rounds are significant, the first round has even greater importance. Here are five players the Eagles should consider taking with the No. 12 overall selection.

An ankle injury limited Waddle’s 2020 season to just six games, but to start the year, he was explosive. He had at least 120 receiving yards in each of his first four games and totaled four touchdowns in that span.

Waddle has great speed and is explosive in the open field. Even with no 40-yard dash time measured this year, the tape does not lie. He could be a player to make an immediate impact for whatever team he gets drafted by.

Surtain is another Alabama standout on this list who can make an immediate impact at the next level. Listed at 6-foot-2, 208lbs, Surtain is arguably the best cornerback prospect coming out of this year’s draft.

He has great size and is incredibly quick. In three years at Alabama, Surtain had a total of 111 tackles and four interceptions. Last season, he had 38 total tackles, 12 pass breakups, 3.5 tackles for loss, and an interception. Surtain was named the SEC Defensive Player of the Year and first-team Associated Press All-American.

Horn is another defensive back who will be highly coveted in this year’s draft. Last season, the 6-foot-1 junior cornerback had six pass breakups and two interceptions in seven games.

Horn is very physical in man coverage and uses his size to his advantage on the perimeter. Overall, he is another impact defensive back that can come in and be a starter on the first day.

The reigning Heisman Trophy winner could still be on the board when the Eagles pick at No. 12. This past season, Smith had 117 receptions for 1,856 yards and 23 touchdowns. He has dynamic speed and is a very good route runner.

The one knock on Smith is his size at 6-foot and 170 lbs. It is a concern for some teams but shouldn’t affect his draft stock a ton. If Smith is there for the Eagles, he certainly could be in midnight green this upcoming season.

Adding another offensive lineman would not hurt the Eagles, despite them recently drafting one in 2019 (Andre Dillard). Last season, Philly had a multitude of injuries on the line, which had a noticeable impact on the offense.

Slater is one of the top offensive linemen in the draft and will most likely be on the board when the Eagles pick at 12. At 6-foot-4, 304 lbs, Slater is sneaky athletic and has pretty good footwork. In 2018, he was named third-team All-Big Ten.