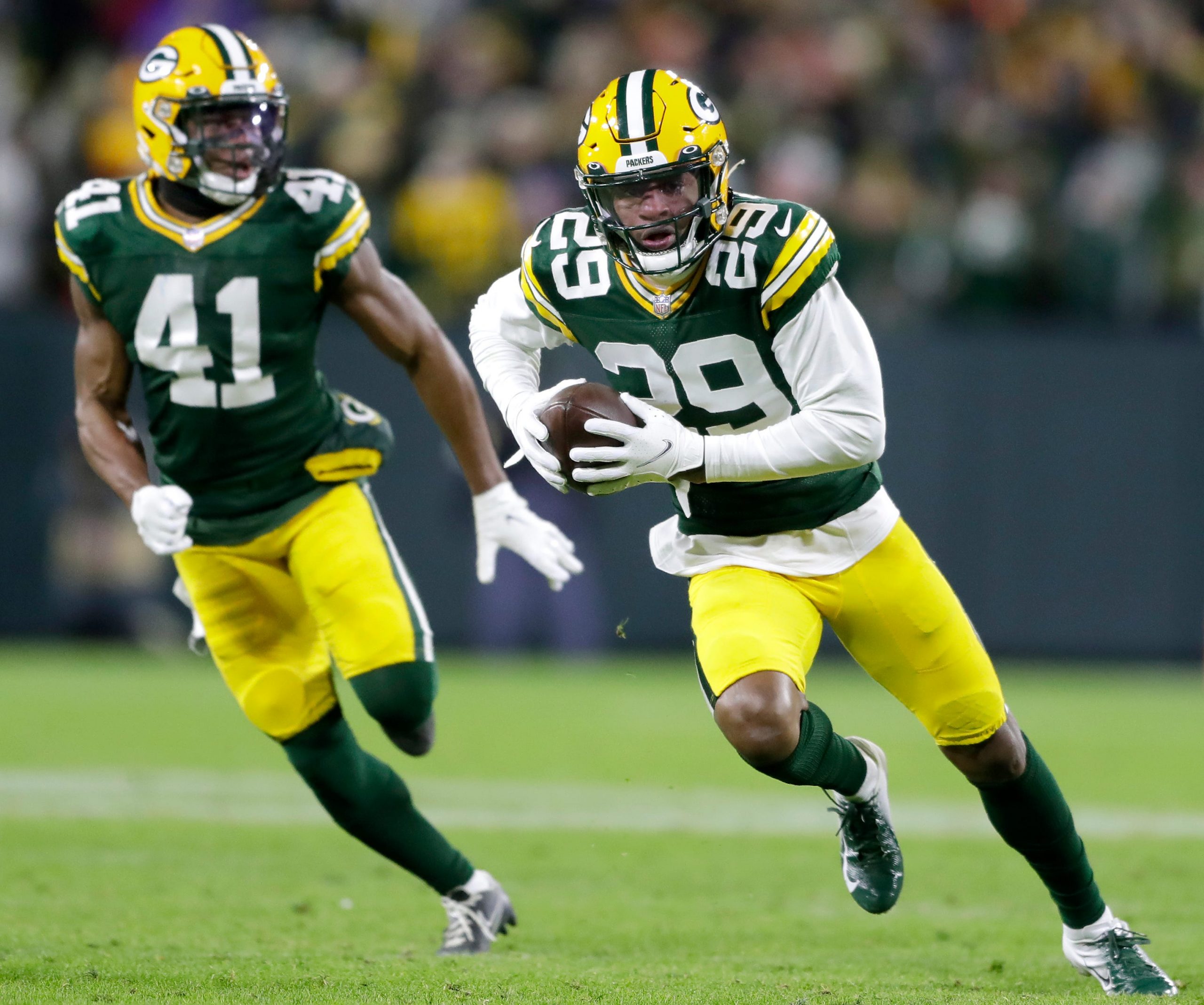 The Green Bay Packers have reached their bye week with a 9-3 record. The team is in a good place holding a 3.5-game lead in the NFC North and sitting just a half game behind the Arizona Cardinals in the race for the top seed in the NFC playoff race. The Packers beat the Cardinals earlier this season so they would win any tie with the Cards.

While players like Aaron Rodgers, Davante Adams and Kenny Clark get a large share of the headlines, many role players have been making vital contributions to the Packers success.

Here is a look at five role players who have been doing a lot to help the Packers win football games in recent weeks.

None of these players were starters when the season got underway. Some were not even on the active roster or with the Packers. Yet, as the Packers reach the bye week and head into December, these players have been playing a meaningful role in the team’s success.

If you just look at the statistics, “Big Dog” has not had a big impact this season but that wouldn’t be doing him justice. Lewis has 14 catches through 12 games for 121 yards and a touchdown.

But Lewis remains one of the better blocking tight ends in the league and that has been a big factor for the Packers, especially when both David Bakhtiari and Elgton Jenkins were out of the lineup. Lewis helps chip edge rushers and blocks well both for the run and on passing plays.

Lewis is also in his 16th season in the NFL. He is very respected in the locker room and provides leadership for this team.

Wide receiver Davante Adams summed up Lewis’ contributions to the team. “I mean, ‘Cedes probably has the best film on the team since he’s been here, as far as grading out,” Adams said. “Obviously he’s not playing 70 plays (per game), but when he’s in there, he’s controlling grown men [when blocking]. And then when his name is called in the pass game, whether it’s a screen or a keeper or whatever it is, he’s making it count, man.”

Lewis has played all 12 games for the Packers so far this season and that stability also helps the team a great deal.

This season didn’t start well for EQ. He was released by the Packers after the preseason but added to the practice squad. The former Notre Dame star was activated to the roster as a Covid replacement three times before being added to the active roster and has now played in nine of the team’s 12 games.

St. Brown only has six catches for 62 yards on the season but many of those catches have been clutch like the one he had against the Rams that picked up a key first down that allowed the Packers to keep control of the ball and run more time off the clock.

He also has run two jet sweeps for 24 yards and picked up a first down on both carries.

St. Brown has also been outstanding on special teams downing punts and getting down the field on coverage to make tackles.

EQ isn’t making headlines, but he’s becoming more consistent on the field and getting the job done when called upon an that has helped the Packers win football games.

The veteran was re-acquired by the Packers this offseason at the behest of Aaron Rodgers. While Cobb is the Packers fourth wide receiver on the depth chart, he has made some key contributions to the team’s success.

When the team’s top three receivers were unavailable against the Cardinals, Cobb became the team’s go-to receiver and caught two touchdown passes.

Cobb had another strong performance against the Rams and had four catches for 95 yards and a touchdown in the first half before leaving the game with a groin injury. The extent of his injury is not yet known but the Packers bye week should give him a chance to recover.

Cobb is not the player he was in his prime, but he is smart, hard-working and has good chemistry with Rodgers.

For the season, Cobb has 28 catches for 375 yards and three touchdowns. His contributions tend to come in bunches but when he does contribute, it is often with a big play in a clutch situation.

Prior to the 2021 season, Nijman had never started an NFL game. In fact, he had taken only 14 offensive snaps and all of those came in garbage time.

But when David Bakhtiari and Elgton Jenkins were both unavailable in weeks three, four and five, Nijman was pressed into service. He did a solid job of protecting Rodgers’ blind side against some talented pass rushers. Yes, he needed help from tight ends and running backs on some plays and the Packers did call more short passes to help make Nijman’s job easier, but the Virginia Tech star came up big when he was the next man up.

When Jenkins was lost for the season in the loss to the Vikings, Nijman was thrust back into the starting lineup since Bakhtiari is still not ready to play. Nijman faced a Rams defense that features Von Miller, Aaron Donald and Leonard Floyd and again he did a solid job and the Packers allowed only one sack all game.

After the win over the 49ers when Nijman handled Nick Bosa, Rodgers was impressed with his young left tackle. “Yosh, he’s a very soft-spoken quiet guy, great young kid. I’m just really proud of the way he battled,” Rodgers said. “I mean, he’s going up against one of the top three premier pass rushers in the game for most of the game, and we gave him some help, because you’ve got to — Bosa’s such a stud. But there were times where he had no help, and I thought he held up real well.”

The Packers will need Nijman to hold down the fort at left tackle until Bakhtiari is able to return.

The Packers signed Douglas off the Cardinals practice squad in early October when starting cornerbacks Jaire Alexander and Kevin King were both out of the lineup with injuries. Douglas entered the game after Isaac Yiadom struggled early in the Packers Week 6 game in Chicago.

Douglas has started four games since then and played a big role in steadying the secondary while King and Alexander were out of the lineup.

“Rasul has been a huge pickup for us,” Packers coach Matt LaFleur told reporters after the win over the Rams. “You’ve got to give credit to Gutey and his staff for finding him. I just love how he competes. You see it play in and play out. The guy is so competitive. You see it in practice every day. Obviously, he’s made two plays that have made major impacts on games this year.”

Those two plays were the game clinching interception against the Cardinals in the closing seconds that clinched the Packers gutsy road win and the pick-six he had against the Rams. It was the first interception return for a touchdown in Douglas’ career.

But it’s been more than just two big plays. Douglas is smart and technically sound and is usually exactly where he needs to be in Joe Barry’s defense.

Since joining the Packers, Douglas has limited opposing quarterbacks to a 59.4 percent completion rate when throwing to receivers he was covering. Their quarterback rating is just 51.7. Those are strong numbers overall let alone for a player signed off another team’s practice squad.

Douglas has been a great addition to the Packers and he and the rest of the players on this list have helped this team to keep winning despite an incredible rash of injuries to key players.