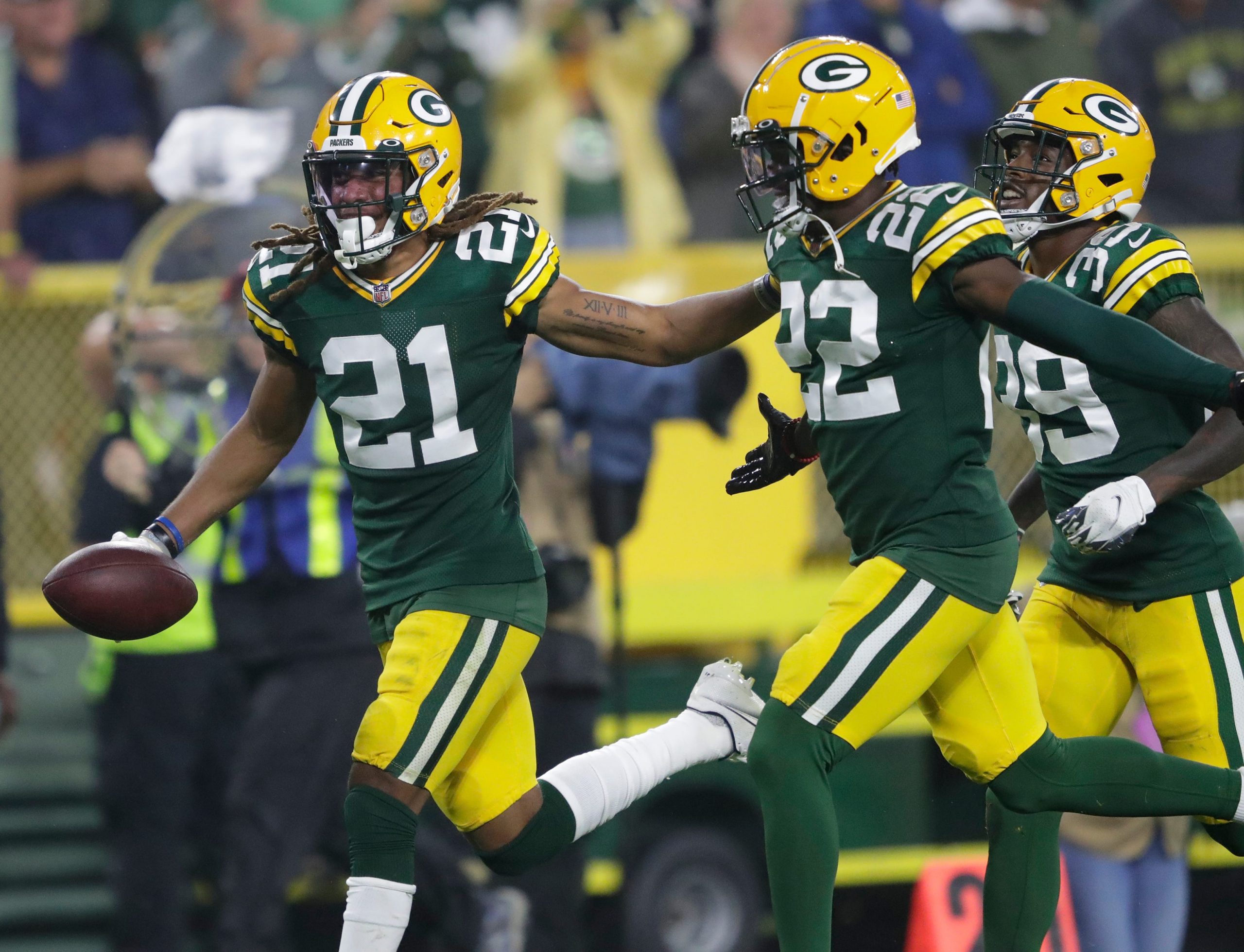 The Green Bay Packers have been hit hard by injuries this season with top players like Za’Darius Smith, Jaire Alexander, Elgton Jenkins and David Bakhtiari missing time after getting hurt.

The cliché in the NFL is next man up and the Packers have several players who will have to elevate their game to help keep the team on the winning track.

Here is a look at five Packers players who need to step up or have stepped up because of injuries suffered by the team:

Krys Barnes left the San Francisco game early and missed the Steelers game with a concussion. Burks has gotten the majority of the reps in Barnes’ absence and he has been efficient.

The fourth-year man out of Vanderbilt played 25 defensive snaps in Week 3 and then 36 snaps on defense against the Steelers.

Burks has lined up both as an ILB opposite De’Vondre Campbell and as an outside linebacker in Joe Barry’s dime package which gives the Packers more options to rush off the edge.

Over the last two games, Burks was credited with nine total tackles, one tackle for loss, a half a sack and a quarterback hit. That shows he has made some impact plays and he has rarely been a liability.

Burks and Ty Summers will be called upon until Barnes is cleared to return to the lineup. Burks’ versatility and his ability to line up outside and inside may allow him to see reps on defense even after Barnes is healthy again.

Marquez Valdes-Scantling is now on the IR with a hamstring injury and he will miss a minimum of two more games before he is eligible to return. That means that other receivers on the roster must pick up the slack. The two leading candidates are Allen Lazard and Randall Cobb.

Lazard is the Packers best blocking wide receiver. He has excellent size and runs reliable routes. Through four games, the former Iowa State star has only five catches but he has broken off some big gains including a 28-yard pickup against the Steelers and a 42-yard gain against San Francisco.

Cobb is a wily veteran who the Packers brought back in a trade at the request of Aaron Rodgers. He does his best work in the slot and over the middle. Cobb has experience and good chemistry with Rodgers.

It was Cobb who stepped up in the Packers first game without MVS, catching five passes for 69 yards and two touchdowns.

The Packers will need Lazard and Cobb to continue to step up in the absence of Valdes-Scantling. It is likely both players will have opportunities to make plays depending on the opponent, the matchups and the game situation.

The Packers are without their top pass rusher in Za’Darius Smith and now that he’s had back surgery it is clear Za’Darius is out for a large chunk of this season. That means the Packers need more help rushing the passer behind Preston Smith, Rashan Gary and Kenny Clark.

One key player on the roster who can step up and help is third-year defensive lineman Kingsley Keke. Keke picked up his first sack of the season last week against the Steelers and it was a big one. The former Texas A&M star got the sack and forced a fumble which Clark recovered which led directly to a field goal for the Pack.

The Packers need more players who can rush the passer. Keke has showed flashes of that ability but needs to become more consistent. If he can stay healthy and continue his development, Keke may be able to provide more pressure on opposing quarterbacks from the defensive line and give the Packers a boost in one of the most important aspects of defense.

The Packers are without David Bakhtiari and Elgton Jenkins. We know Bakhtiari will miss at least two more weeks before he can even return to practice while Jenkins is week-to-week with an ankle injury.

In their absence, Nijman stepped in at left tackle and has done a yeoman-like job. Nijman is in his third season with the Packers but the last two games were his first two starts in the NFL and his first extensive playing time on offense.

Nijman received help from tight ends, running backs and even occasionally receivers to help protect Rodgers’ blind side, but he got the job done.

Meanwhile, Turner is the only veteran starting on the Packers offensive line after Bakhtiari and Jenkins were hurt and Corey Linsley left via free agency.

Turner stepped up and did a good job against T.J. Watt in Week 4. He also supplies much-needed leadership along the offensive line as he is playing alongside two rookies in Royce Newman and Josh Myers, Nijman who now has two career NFL starts and Jon Runyan, Jr. who now has three career starts.

The Packers will need Turner and Nijman to continue to provide steady play at the tackle positions until Jenkins and Bakhtiari are able to return to the lineup.

The Packers lost cornerback Jaire Alexander to a shoulder injury in the second half of the Steelers game and it’s possible he will miss several games. An update is expected on Alexander’s status on Wednesday.

If Alexander is out of the lineup, Kevin King and Eric Stokes are the likely starters at boundary corner until he can return.

King has missed the last two games with a concussion and has yet to return to practice. The veteran has fought injuries and inconsistency throughout his career. The potential absence of Alexander may give him a final chance to show he can be a solid cover corner in this league.

Stokes is a rookie, first-round pick who continues to learn and adjust to the NFL game. He has outstanding speed and natural ability but needs to hone his technique and his ability to recognize plays.

Stokes made his first career interception against Pittsburgh and has broken up six passes in his first four games. But he is also making rookie mistakes and the Steelers picked on him in their opening drive of the game which led to a touchdown.

The Packers need Stokes and King to step up if Alexander misses significant time or is slowed or limited by his injured shoulder.