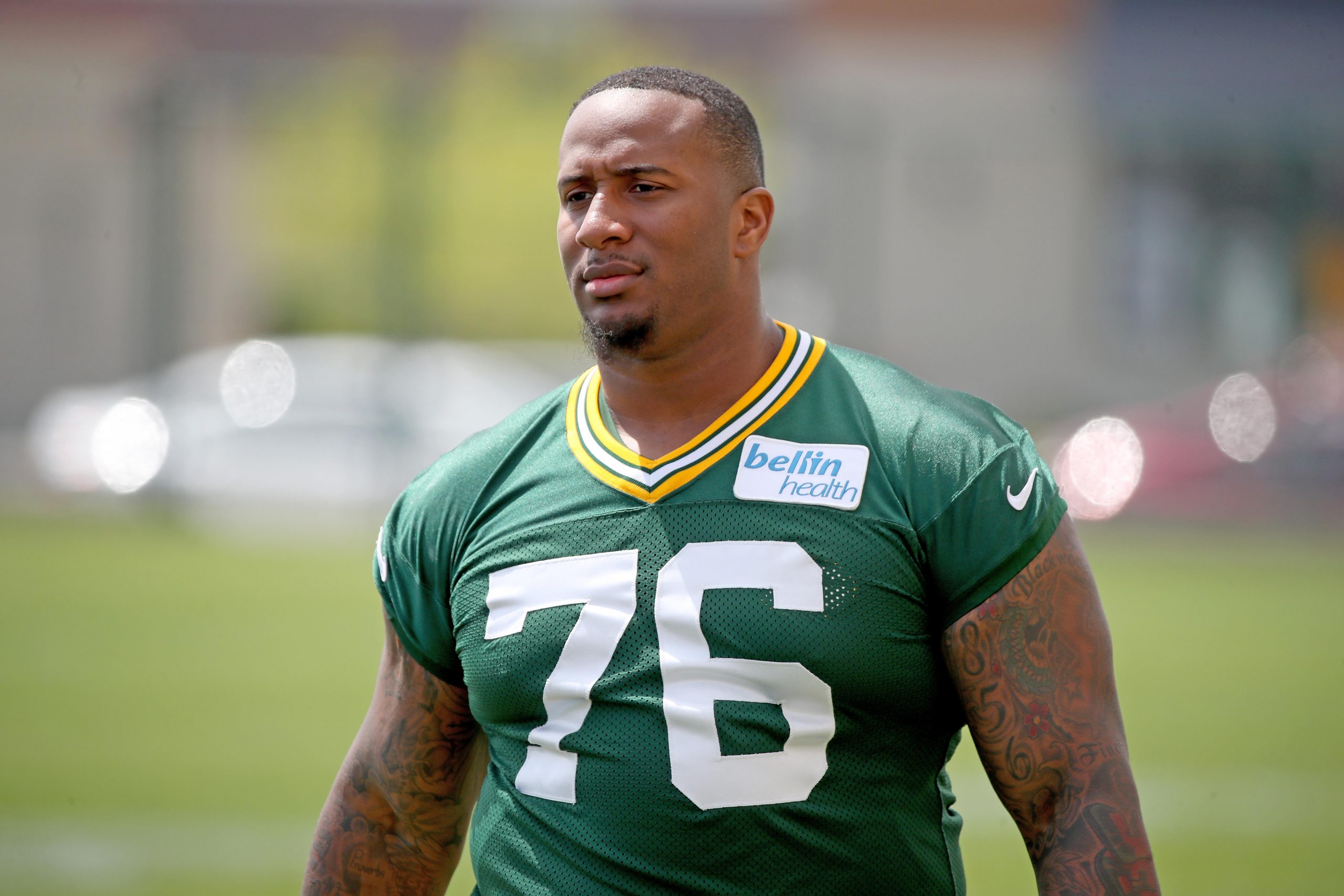 Former Packers defensive lineman Mike Daniels is now a free agent after spending one frustrating season with the Detroit Lions.

The Packers released Daniels, now 31, before the start of training camp last year to clear up some cap space. Daniels played in only nine games for the Lions last season, making just 10 tackles and recording one sack and two tackles for loss. The Lions released him after the season ended to improve their salary cap situation.

Daniels recently appeared on ESPN radio’s “Wilde and Tausch” and indicated he was certainly interested in returning to Green Bay if the Packers would have him back.

“I am very excited at the possibility of the opportunity to come back, if that was a thing,” Daniels said.

Here are five reasons why signing Daniels to compete for a job in training camp would make sense for the Packers:

1. The Packers Have a Need at the Position

The Packers certainly need additional depth along the defensive line. Run defense was the biggest weakness for the Pack last season and although Daniels may not be a consistent pass rush threat at this stage of his career, the former Iowa star is still capable of occupying blockers and clogging up the line of scrimmage.

The Packers ranked 23rd in the league in rushing yards allowed per game last season. When the Packers were last on the field, they allowed the 49ers to gain 285 yards on the ground and score four rushing touchdowns in Green Bay’s 37-20 loss in the NFC Championship Game.

Other than Kenny Clark, the Packers do not have any proven, top-notch talent at the defensive line position. Daniels used to be a very good player and even made the Pro Bowl after the 2017 season.

Adding Daniels, if he is healthy, would be one way to address this weakness now that the draft and free agency are largely over.

At this point in his career, Daniels wouldn’t cost much more than the veterans minimum. He is on the wrong side of 30 and is coming off two consecutive seasons shortened by injury.

The injury situation only makes his situation more desperate because teams cannot bring Daniels in for a physical with their team doctors just yet because of the Covid-19 pandemic. That’s one reason teams are hesitant to sign the veteran defensive lineman right now.

The Packers could sign him at a reasonable price with minimal risk. If he’s not good enough to improve the roster, they can let him go with little or no consequence after training camp. If he is good enough, they upgrade a position of need with minimal cost.

Daniels was with the Packers as recently as the start of training camp last season. That means he spent a season playing in Mike Pettine’s defensive system and is familiar with what is required of defensive linemen.

With OTAs already limited to virtual classroom work and the possibility that training camp could be delayed or modified in some way because of the coronavirus pandemic, having a player familiar with the defense and being able to plug him into the lineup right away could be a big help to the Packers.

4. Daniels Is Familiar with his Teammates

Daniels would also be familiar with the players around him if he were to re-sign with the Packers. During his first tenure in Green Bay, Daniels and Clark were a strong duo in the middle of the Packers defense. They both were able to occupy multiple blockers and either make plays themselves or clear the way for other defenders to make tackles.

Daniels has also played with Montravius Adams, Tyler Lancaster, Dean Lowry and was in minicamp last year with Kingsley Keke. This familiarity can only help the Packers and Daniels if he is able to return to Green Bay on a one-year, prove-it deal.

Right now, Daniels needs to prove he can still play the game at a high enough level to be a contributor. Obviously, most football players won’t make more money immediately after retiring than they do when they are still active in the NFL.

At 31, Daniels knows he has only a short time remaining in his NFL career. He should be hungry and eager to prove he can still get the job done to earn some more NFL paydays before retiring from the game.