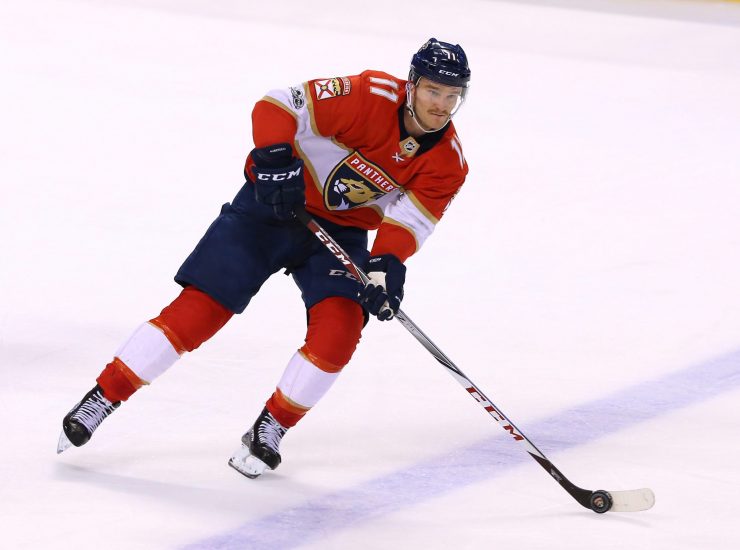 In the biggest offseason trade in the National Hockey League so far, the Calgary Flames and Florida Panthers had a blockbuster deal. The Flames traded left winger Matthew Tkachuk to the Panthers with a conditional fourth round draft pick in 2025 for Jonathan Huberdeau, Cole Schwindt, Mackenzie Weegar and a conditional first round draft pick in 2025.

The native of Scottsdale, Arizona played in 82 games for the Flames in 2021-22, and had a record-breaking year. He had 42 goals and 62 assists for 104 points. Tkachuk was also an amazing +57 with 29 power-play points, six game-winning goals, 253 shots on goal, 20 faceoff wins, 20 blocked shots, 93 hits, 41 takeaways and 91 giveaways. He was also selected to the NHL second all-star team at left wing. One surprise statistic is that Tkachuk was a +57 (third best plus/minus in the NHL), yet he had 50 more giveaways than takeaways.

In his rookie season, Schwindt, a native of Kitchener, Ontario, played three games and was a -4. He had three shots on goal, 15 faceoff wins, two blocked shots, five hits, one takeaway, and two giveaways. Schwindt, a right winger, was the Panthers’ third round draft pick, 81st overall, in the 2019 NHL Entry Draft. He played his junior hockey with the Mississauga Steelheads of the Ontario Hockey League.

Takeaway from the Blockbuster

The immediate takeaway from the deal was the remarkable plus/minus that Tkachuk, Huberdeau and Weegar had this past season. The trio were an amazing +132. That is just downright stunning.

The Flames were looking to trade Tkachuk as they could not come to terms with him on a long-term deal, and did not want to risk losing him like they did Johnny Gaudreau. As a result, Tkachuk signed an eight-year contract extension worth $76 million with Florida.

The Panthers get one of the more intimidating players in the NHL in Tkachuk. There is no doubt he plays with an edge to his game and will make Florida tougher to play against. Huberdeau meanwhile has remarkable skill, and provides the Flames a bigger presence than their days of Johnny Hockey. Weegar is an underrated defenseman and joins a Flames franchise that has great defensive skill.