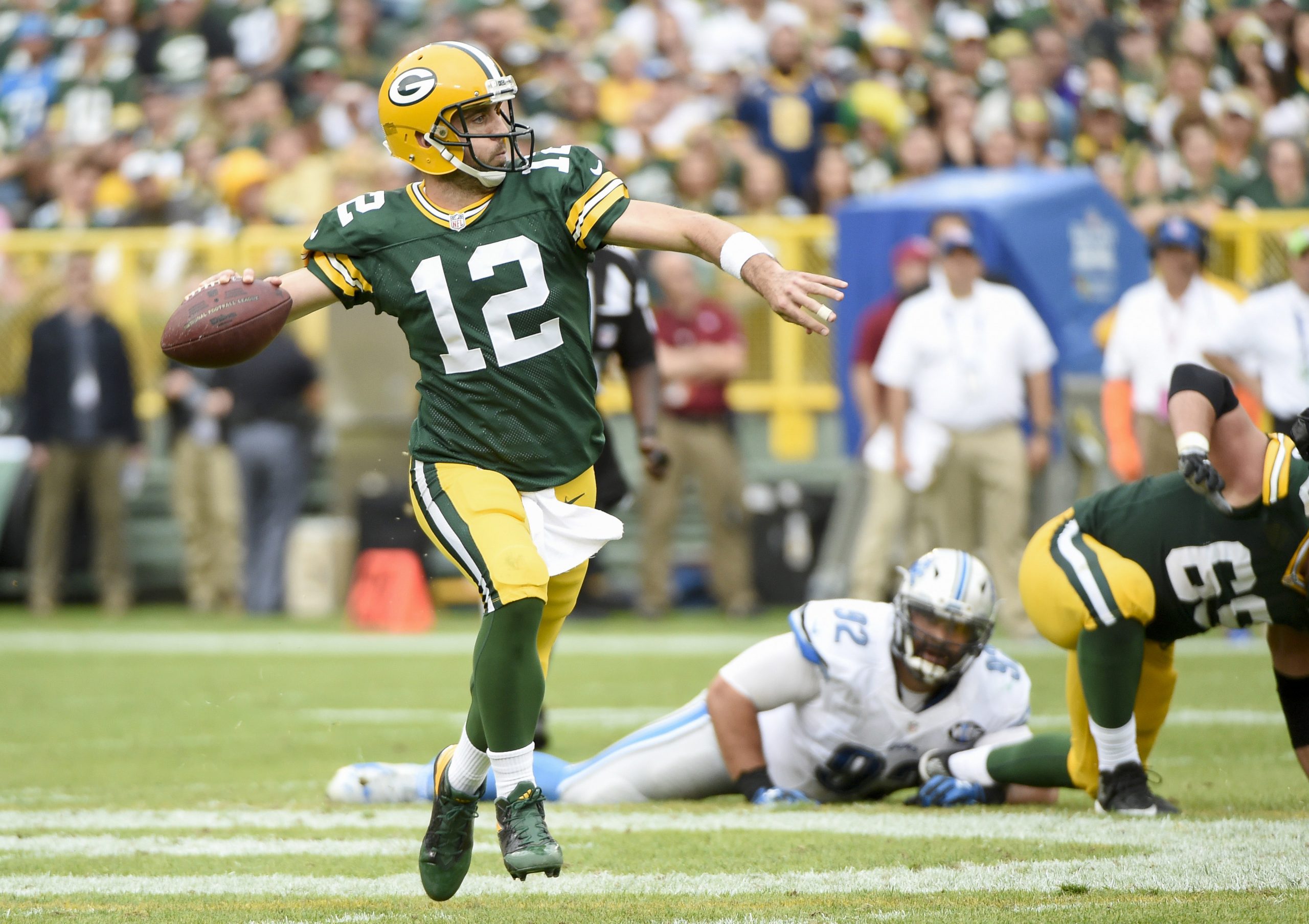 The 2014 season finale between the Packers and Lions loomed large. Both teams entered the game with 11-4-0 records and the winner would capture the NFC North Division crown. The Packers were looking to win their fourth straight division title while the Lions hadn’t won a division title since 1993.

It looked like Green Bay would just run over the Lions early as Eddie Lacy and James Starks led a run-heavy march to the Detroit 1-yard line. The duo gained 61 yards on the ground on the drive but Detroit made a goal line stand and stuffed Lacy on a 4th-and-1 try to keep the game scoreless.

The Packers broke on top later in the first quarter when Micah Hyde returned a punt 55 yards for a touchdown. Rodgers followed that up with a four-yard touchdown pass to wide receiver Randall Cobb to give Green Bay a 14-0 lead in the second quarter. The crowd at Lambeau Field was on its feet anticipating a victory celebration.

To their credit, the Lions didn’t quit. Matthew Stafford tossed a pair of touchdown passes to All-Pro receiver Calvin Johnson and just like that, the game was all even at 14-14 in the third quarter.

Worse yet for the Packers, Rodgers went down with an injury late in the second quarter when he re-aggravated a calf injury he suffered the previous week against Tampa Bay. Matt Flynn came in to replace Rodgers and the Packers momentum seemed lost.

But Rodgers found a way to return to the game. The crowd gave him a loud ovation as we walked out of the tunnel after the Packers first possession of the third quarter.

“I just felt like if I got in there, it might give us a little jolt,” Rodgers said after the game.

When he took the field, the spark in the offense was immediate and noticeable. On his first play after returning, Rodgers found Cobb for a 29-yard gain. The Packers then went on a seven play, 60-yard drive that culminated with a 13-yard touchdown toss to Cobb to give the Packers a 21-14 advantage late in the third quarter.

Early in the fourth, Rodgers led the Pack on another scoring drive that he ended with a one-yard scramble for a 28-14 Green Bay lead.

Later in the fourth quarter, the Packers added to their advantage when Stafford was called for intentional grounding in his own end zone, giving the Packers a safety and a 30-14 edge.

The Lions scored late on a six-yard pass to Theo Riddick with 1:45 left, but the try to two failed and Tramon Williams fell on the onside kick attempt to clinch the win for the Packers.

Rodgers finished the game 17-of-22 for 226 yards and threw for two touchdowns while running for a third. Running back Eddie Lacy gained 100 yards on 26 carries and caught three passes for another 26 to help spur the Packers attack.

Rodgers won his second league MVP award at the end of the season after throwing 38 touchdown passes and just five interceptions and finishing with a quarterback rating of 112.2.

Cobb and Jordy Nelson capped strong seasons by becoming just the third pair of teammates to finish a season with at least 1,200 yards receiving and 10 touchdowns. Cobb ended the campaign with a career-high 91 catches for 1,287 yards and 12 touchdowns while Nelson grabbed 98 passes for 1,519 yards and 13 scores.

There was controversy in the game surrounding Lions defensive lineman Ndamukong Suh. Suh seemed to deliberately step on Rodgers’ ankle and even put all his weight on the Packers quarterback. Suh was later suspended for the Lions wild-card playoff game the following week against the Dallas Cowboys. Suh had been involved in a similar stomping incident in 2011 when he stepped on the leg of Packers offensive lineman Even Dietrich-Smith.

The Packers finished as the second seed in the NFC and beat the Cowboys in the Divisional Playoffs before losing a heartbreaker to Seattle in the NFC Championship Game.