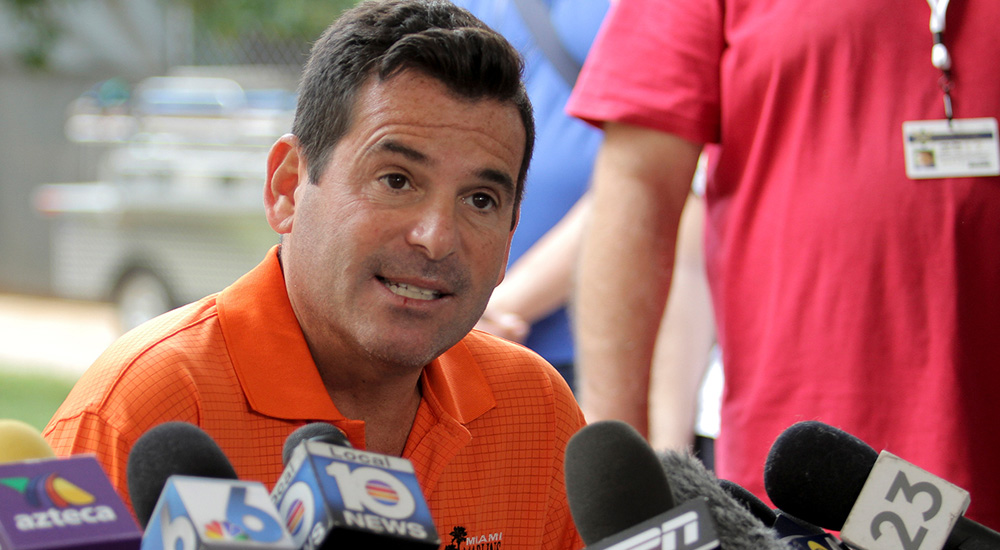 The Winter Meetings have come and gone, we’re heading into Christmas and it’s safe to say that the big winner this off season has been Scott Boras.

So far, players represented by the superagent have signed deals totaling close to a billion dollars. And, as you would suspect, negotiating with the guy isn’t as easy as you would think…but there apparently is a method to the madness.

One guy who knows how to wheel and deal with Boras is David Samson.

During his “Nothing Personal” podcast, the former Miami Marlins president spoke at length about how (in a nutshell) free agency works and what it’s like to negotiate with Boras.

“MLB gives you a list of who the free agents are over the course of three years. You can plan what your payroll is over the course of three years and figure out who you are going to go after,” Samson explained. “So if we identify a Scott Boras client, the first thing we do is make a decision internally what our final number is going to be, what Boras is going to ask and then in what stage we are going to give in to what he’s going to ask.”

But it was when Samson laid out the hypothetical scenario of how he would’ve approached wooing Anthony Rendon that things got interesting.

Now, if you’ve ever wondered how baseball teams know what free agents to go after each off season and how some of these guys sign so quickly…it’s no secret.

“If we were looking at signing Rendon, we would call Scott Boras and we would say we would not wait until after the World Series when he becomes a free agent…we would make it know during the course of the season. You may think that that’s tampering if you’re the (Washington) Nationals, but every team tampers. Every single team tampers every single day of the year. It happens,” Samson said. “We all deny it because it’s against the rules, but there’s not one player who we’ve ever acquired, who we had not tampered with.”