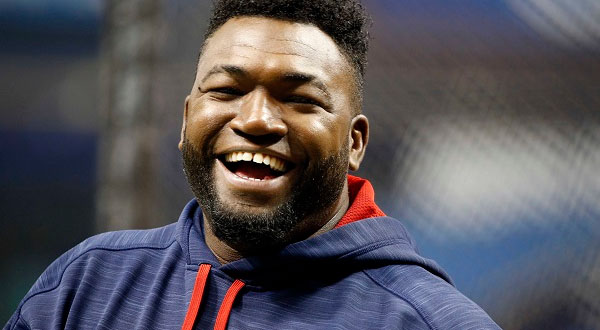 A statement similar to the above was made by the Twins organization upon now Hall of Fame hitter David Ortiz was elected to the Hall of Fame in his first year of eligibility. The Twins famously let Ortiz walk instead of offering arbitration, and the Twins were thus excoriated for their statement, because of that blunder so many years ago.
The impression, somewhat rightly, is that it was a financial decision. Sure, Ortiz was going to start making more money, and he was starting to make offensive headway at the plate. He was one of the top offensive players in his last year with the Twins, and certainly the best power hitter. Then, as it is now, though, power hitters were not uncommon. The Twins at the time also did not put a lot of weight into offensive output.
Another left handed first baseman type was getting ready to go to arbitration that year, and the Twins opted to keep him. Doug Mientkiewicz actually made 500,000 more than Ortiz during his first year in Boston. Sure, there was a miscalculation on Ortiz, but a significant part of it was valuing Mientkiewicz’s work in the field more than Ortiz’s power potential at the plate. Mietkiewicz was undeniably popular with the team though, and before we saw him in Boston, many fans were probably happy the Twins kept Mientkiewicz over Ortiz.
Additionally, on the Twins farm, there was a young player that offered the same ostensible tools that Ortiz did, and was a few years younger. Indeed, when Justin Morneau was a professional, he earned an MVP award, and was an all star from 2007 to 2010, when he took a knee to the head, and was never the same player. Morneau was 29 at the time, and it is not unrealistic to think he could have been strong candidate for the Hall of Fame as well. Morneau made his debut in 2003, the first year Ortiz was in Boston. A reasonable supposition is that Morneau may not have broken through if Ortiz was still a Twin.
Ortiz was great with Boston, and the Twins can lament the success he had there and wonder what might have been had he been in Minnesota. It was a more layered decision than just the money at stake. The Twins chose Doug Mientkiewicz over Ortiz in the short term, which in retrospect seems very silly. In the long term, they chose Justin Morneau over Ortiz. If you look at Morneau’s few years before his injury, there are many statistical fields where Morneau was better than Ortiz, and the decision looks a bit more defensible.
That’s to take nothing away from Ortiz and his time in Boston though. Undoubtedly, he became a pillar of the community, and savored hitting at Fenway. While he was unceremoniously discarded from the Twins, he was the perfect fit with the Red Sox. Congratulations to Big Papi on his well earned entry into the Hall of Fame.