From Friend to Foe: Islanders Face-off Against Robin Lehner’s Blackhawks 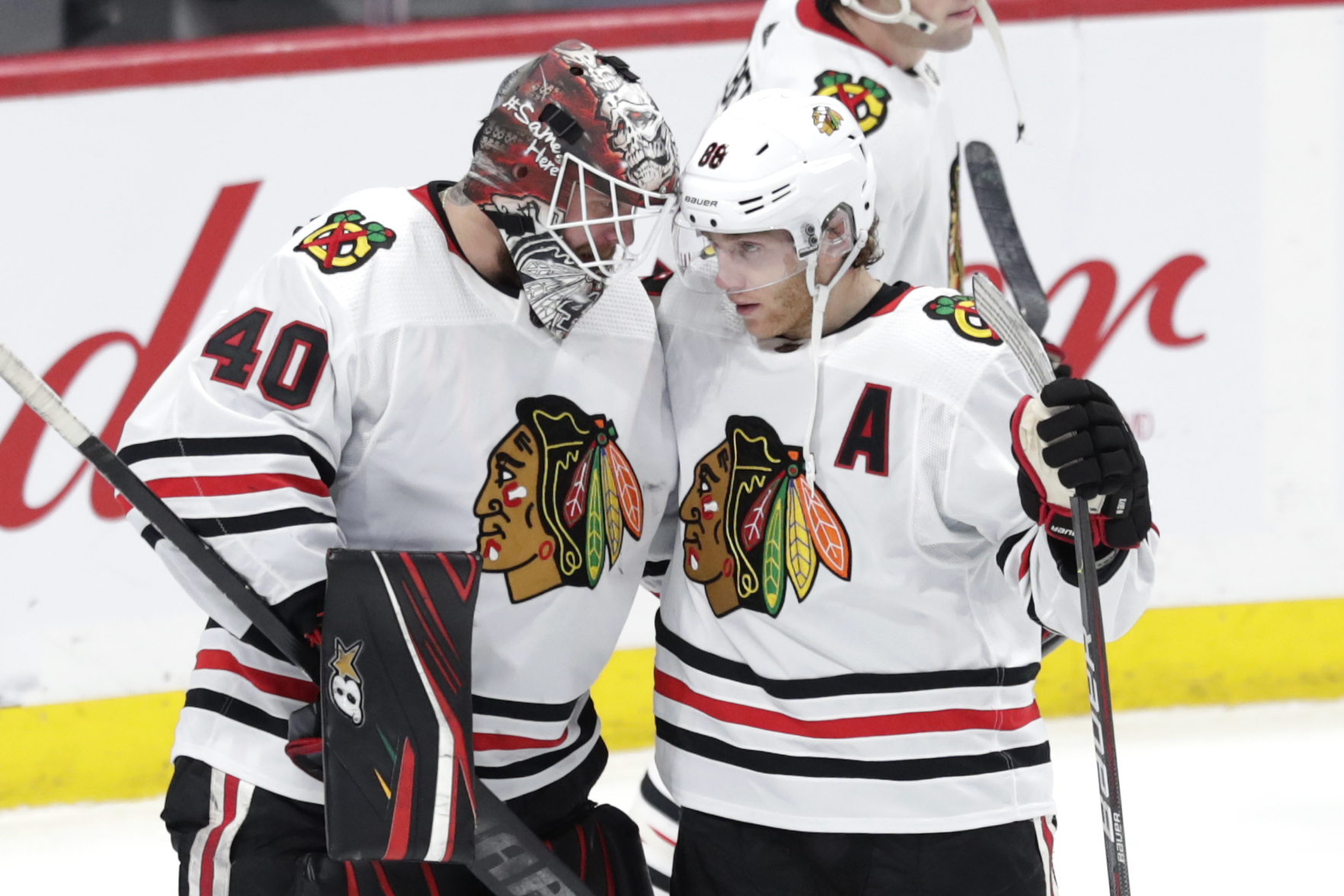 After admitting to the world that he had dealt with issues involving mental health and depression, Robin Lehner’s backstory and brilliance in goal won over the hearts of Islanders fans last season. He finished as a finalist for the Vezina trophy, posting a 2.13 goals-against average and a .930 save percentage to go along with 6 shutouts and 25 wins.

Now the former fan favorite has traded in his blue and orange for red and black and will face-off against the Islanders as a member of the Blackhawks as the NHL returns to action Friday night.

Robin Lehner will be in net against the Islanders, and took part in the holiday cheer by chirping former teammates Anders Lee, Johnny Boychuck, and Scott Mayfield on Christmas day.

Merry Christmas everyone. Best Christmas gift is gonna be 2 points against islanders on Friday 😎🐼🤫 @joboych @scottmayfield2 @leeberr09 don’t eat too much boys…

The friendly banter showcases how close-knit last year’s squad was, while also gearing everyone up for what should be a fun battle. Lee was quick to retort Lehner, as he replied with an Avengers-themed tweet of his own:

Merry Christmas big man! See you in the crease pic.twitter.com/nYeoVb5ooR

Lehner has posted steady numbers again this season despite having a much weaker defensive team in front of him. The netminder has a record of 9-6-4 with a goals-against of 2.86 and a save percentage of .924. Improving those numbers will be an uphill battle as Chicago announced that defensemen Calvin de Haan and Brent Seabrook will both miss the remainder of the regular season with shoulder injuries.

#Blackhawks G Robin Lehner on facing #Isles tonight: "There’s a few guys there that are not allowed to score."

Backstory aside, the Islanders face a weakened Chicago team that is ripe for the picking on Friday night. While most teams regain health after the Christmas break, the Blackhawks have gotten even more degraded, and this is a game that the Islanders (23-9-3, 49 points) must win in order to keep pace with the Washington Capitals atop the Metro.