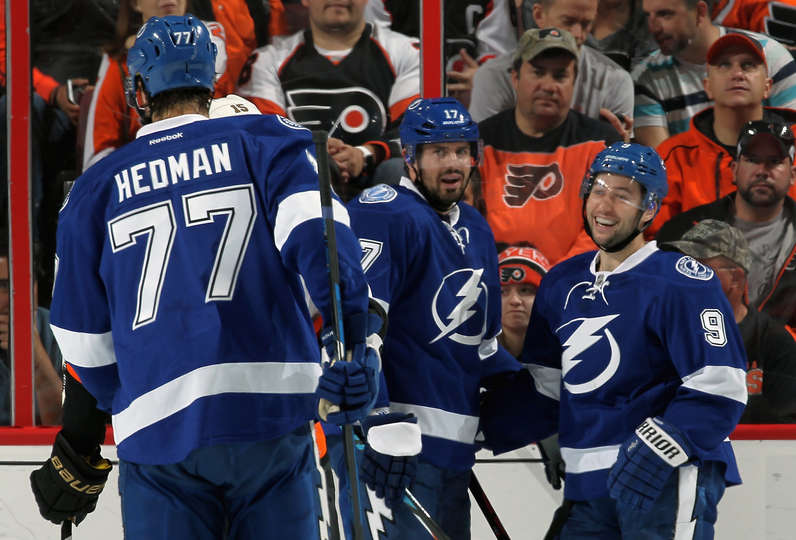 Andrei Vasilevskiy stopped all 32 shots fired at him and Ondrej Palat had a goal and an assist to lead the Tampa Bay Lightning (12-6-1) over the Philadelphia Flyers 3-0. It was Vasilevskiy’s second consecutive shutout (151 minutes 56 seconds) and the Bolts fourth straight win, all on the road. Tyler Johnson and Jonathan Drouin had the other goals for the Lightning. Johnson’s power-play goal put the Lightning ahead 1-0 at 14:25 of the first period. Alex Killorn made a great pass between Philadelphia’s Wayne Simmonds and Michael Del Zotto to an wide-open Johnson, who scored from the bottom of the right circle.

Palat gave the Lightning a 2-0 lead at 7:40 of the second period. He took a drop pass from Vladislav Namestnikov and fired a shot from the high slot that went past Steve Mason’s blocker.

Drouin scored off a stretch pass by Palat at 4:26 of the third period.

With a goal and assist today, Ondrej Palat has his first multi-point game of the season and 46th of his career. – Bryan Burns

Special teams made the difference as the power play unit scored on Johnson’s first period goal and the penalty kill was five for five. The penalty kill was successful because of the sparkling goaltending of Vasilevskiy, who made big save after big save.

Tampa Bay leads the NHL with 19 power play goals. They’ve gone from 28th in the league last season to third in the NHL this season. Coach Jon Cooper gives coach Todd Richards a lot of the credit.

The Lightning travel to Nashville to take on the Predators on Monday at 8:00 PM.