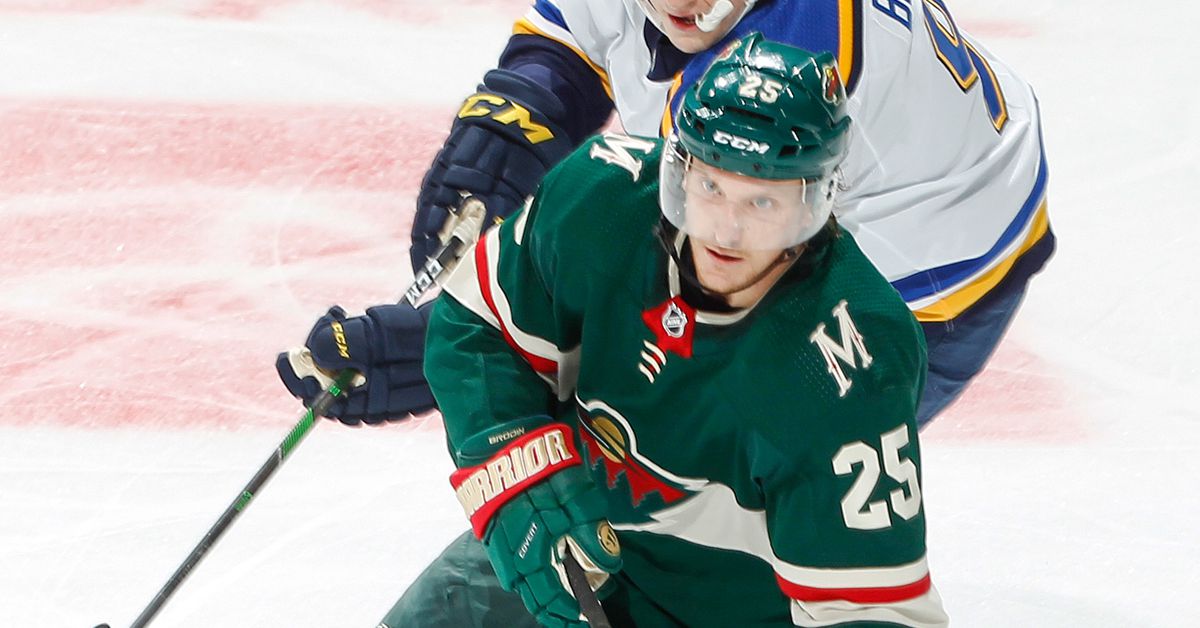 If anyone was surprised by Game 1’s 4-0 result against Saint Louis, it reveals one of two possible outcomes.  You either didn’t watch the Wild’s previous games against Saint Louis the last two seasons or you have a serious case of denial.  Blues have won 15 of the last 16 meetings between these two clubs, where many of those games resulted in the Wild’s offense completely neutralized with plenty of frustrated players at a loss of how to explain it.

Most Wild fans didn’t have too much trouble explaining it though.

At least the fix is readily identifiable.

Score a goal and stay the absolute F out of the penalty box.

Now we’ll see if they can respond. #mnwild

PP% the past two seasons in head-to-head matchups between Wild/Blues:

Saint Louis patiently weathered an early surge by the Wild and waited for Minnesota to take a penalty and the Blues were able to turn the tables on the home team.  Minnesota’s penalty kill, which was the worst in the NHL of any team going back to early January was eviscerated by the Blues’ top notch power play and Wild found themselves at the wrong end of the score.

And then it happened again.  So painfully predictable as Ryan O’Reilly and David Perron lit the lamp four times.  Meanwhile, Minnesota hit 3 posts but mostly stayed on the perimeter throughout most of the game.  That made Saint Louis’ Ville Husso look like a brick wall facing shots from range with little traffic in front of him, meaning it was a glorified game of playing catch with the goaltender.

Wait a sec, you said that story sounds familiar?

Of course, because it seems to be the takeaway from nearly every Game #1 of a Minnesota Wild playoff series, where the team has to lose a few times before it realizes it has to crash the net and try to limit the amount of penalties they take.  Yes, this is a Minnesota Wild team that has scored more goals in a regular season than any in franchise history but the playoffs are a different animal.

If you want to win in the playoffs, you can’t do so by half-measures.  You can’t crash the net or screen the goaltender a few times and be rewarded.  Minnesota has to make that a concerted campaign to get lots of traffic near Husso and hope for a fortuitous deflection.  You have to consistently finish your checks.

I thought the Wild were guilty of trying to set up the perfect shot and this was especially true from their top two scoring lines.  Way too much east / west and drop passes instead of working pucks down low and crashing the net with determination.

Give the Blues’ credit for making Kirill Kaprizov a non factor and Kevin Fiala was mostly forgettable except for his three frustration penalties.  Speaking of frustration, the Minnesota Wild were very lucky that team captain Jared Spurgeon only earned a $5,000 fine instead of a suspension for his dirty crosscheck to the legs of the Blues’ Pavel Buchnevich.

look at this TRASH pic.twitter.com/LB6qjXlMBi

Sorry Children’s Hospital, there won’t be an ‘NHL fine bonanza’ from Spurgeon’s sanction as most Wild fans were not proud of what he did.

When Spurgeon of all people is doing this, you know there is a heavy amount of frustration in that locker room. Should be a suspension. https://t.co/lnAXwhcYsv

No doubt the team is frustrated and this certainly isn’t the first time we’ve seen the Wild be cheap and a bit dirty when the game isn’t going their way.  Ever think that is exactly what the Blues are hoping for.  Like we said earlier, they have beaten the Wild 15 out of the last 16 times.  Think of it like knowing exactly what triggers another person and doing so day after day.  Saint Louis knows what its’ doing, they know how to get this team caught up in the sideshow rather than just playing the game.

Scrums are nothing new in the playoffs, but with a team that is sensitive about being perceived as soft it leads to players getting into retaliation situations that lead to foolish penalties.  Uncharacteristically, the Blues took a number of penalties of their own.  In fact, the Blues were one of the least penalized teams in the league this season.  Unfortunately, the Wild were unable to take advantage as they came up empty on 6 power plays.

Unlike the Blues, the Wild mostly move the puck station to station which makes it easier for the Blues’ penalty kill to work themselves into shooting lanes.  Because of this, you get more blocked shots and easy clears of the offensive zone.  Some skip passes and cross-ice puck movement would be nice to see but the coaching staff admitted they hadn’t made any significant adjustments to the power play since January.  Seriously, since January.

After the loss, the Wild made the unusual choice of announcing they had an ‘optional’ practice on Monday.  Hopefully the players that chose to attend spent some time working on the power play and the penalty kill.

Either way, I think you have to say tonight’s game is a must win.  With this team’s well-known struggles against the Blues they need to prove to themselves they can win against this Saint Louis squad sooner rather than later.

Marc-Andre Fleury did ok out there, but some fans felt Cam Talbot, a goaltender whose last regulation loss was in March deserved the start.  At this point it doesn’t matter, but will the Wild give Talbot a start in the spirit of the rotation they employed the home stretch of the season?

What other changes could be seen?  I think Dmitry Kulikov, a player who looked like he was sightseeing rather than covering the defensive zone is a possibility to be replaced in the lineup.  My guess would be that Alex Goligoski enters the lineup in his place.  Nick Bjugstad is also a possibility to get some ice time perhaps at the expense of Brandon Duhaime or Nic Deslauriers even though the 4th line was used rather sparingly in Game #1.

Keys to a Wild victory in Game #2:

1. Stay Out of the Box ~ Wild Head Coach Dean Evason admitted that the penalty kill has been terrible most of the season, so it should be impressed upon the entire team how important it is to avoid stupid retaliatory penalties.  If the penalty kill is going to remain a weakness then they can ill-afford to give the Blues potent power play almost any chances.  There is a difference between trying to be tough and giving in to frustration and being selfish with some act of retaliation.  Truth is until their penalty kill is more effective, they simply can’t take that risk of giving the Blues opportunities with the man advantage.

2. Crash the Crease and Simplify the Attack ~ Minnesota played into Saint Louis’ plans by taking the Blues invitation to staying to the perimeter of the ice; which diminished the quality of the scoring chances the Wild were able to create.  In addition, the team need to get more traffic near Ville Husso.  Yes, he’s a quality goaltender but you don’t have to make his life easy by allowing him to see every pass or shot.  Shoot early and often.  The Wild need to crash the crease, and do so with a determination to score.  Deflections and bang-bang plays from down low are another tactic I’d like to see the team employ.  Ugly goals count as much as the pretty ones do.

3. Unleash the Middleton – One player who I think the team can utilize more is defenseman Jacob Middleton; and this might seem crazy but I’d use him on the power play.  Why?  He may not be offensive producer in the classic sense, but he does a good job at getting shots through traffic and most importantly, on goal.  That creates rebounds and I think the crowd would go crazy if he can help get this team’s attack going.  He’s an underrated puck mover and makes a good hard pass.  Every time he took a shot in Game #1 it created a rebound that a Wild player could have pounced on.

What do you think will be important for Game #2?  Tell us on Twitter at @CreaseAndAssist or @MNSOTA24!