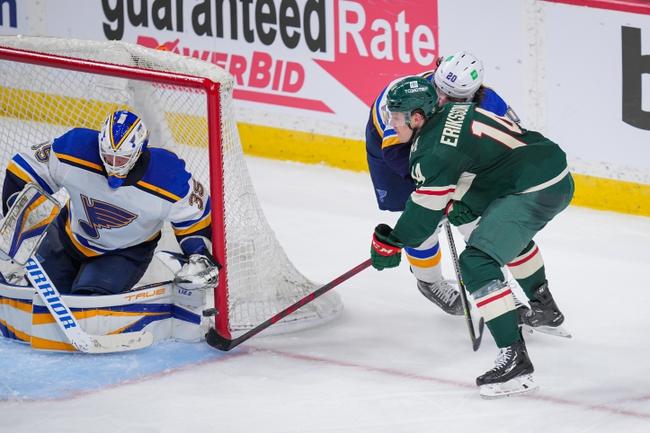 There is almost nothing worse than wasted opportunities. In life, pretty much all of us have at least one regret, about something. Either we didn’t take a chance at something or we didn’t work as hard as we could with a given opportunity. Most of us try to learn from those wasted chances, but there are a few people who continue to live in the past. When it comes to the latter type of person, I think of the character of Uncle Rico from Napoleon Dynamite, who in his middle age, still bemoans that he was not played more on his football team. While dwelling in his past delusions, he let other opportunities pass him by. It definitely is a delicate balance, but if you can learn the all important lessons from those lost opportunities you should come out stronger.

Now in the case of the Minnesota Wild, the turn around for self-reflection and learning is much faster. Sunday, the Wild had the opportunity to go ahead 3-1 in the series, but alas they were their biggest enemy. With the injury woes on the Blues’ blueline, Minnesota could and should have pushed them. However, they didn’t, and that window in time is closing quickly. It’s been reported that defensemen Nick Leddy and Robert Bortuzzo are soon to return to action, possibly even tonight. When this series started, even former Wild defensemen Marco Scandella was banged up. Heck, he’s still injured and only tallied a minute and a half on Sunday. Also, on Sunday for a brief time, it looked like Niko Mikkola might be out, but he came back later in the game. No, you don’t wish injury on opponents, but you need to take advantage, and Minnesota didn’t.

Another place the Wild wasted an opportunity was to truly test a “new” goaltender for the playoffs. While Ville Husso got the first three starts, the Blues’ Cinderella story from 2019 got the start. Minnesota pretty much made Jordan Binnington look like a Stanley Cup Champion goaltender, instead of the guy who had pretty much been relegated to the back burner the last month or so of the regular season. He was also 0-7 in his last seven playoff starts. I cannot stress the important of testing Binnington tonight, because I don’t think we really did that Sunday. Does he have a Stanley Cup under his belt? Of course, but Marc-Andre Fleury has three, and you don’t see the Blues giving him the same kind of consideration.

One player for Minnesota that has almost disappeared is Kevin Fiala. In the first four games, he has tallied a lone assist. The Wild are a team that absolutely cannot afford for top scorers to go missing in action. It’s a story that Wild fans know all too well, as in many playoff appearances, they have a player or two that was on fire during the regular season, and then all but disappears in the post-season. One area that Fiala is very visible, much to the teams detriment though, is his penalty minutes. In four games, he has racked up a total of 14 penalty minutes. Not only does it take Fiala out of his scoring role, but it puts the team on the penalty kill. As we all know, the last place this team can afford to be is on the penalty kill. This needs to stop.

As we’ve seen across the playoffs this season, is that the officials are pretty much calling just about every infraction. Well at least everything, but the Blues’ continual missed interference calls. But with the number of whistles, this appears to have taken the Wild away from playing a physical game. On Sunday, Minnesota was not willing to take a hit. Re-watch the game, and you will see how this led to the Blues being able to take the lead and take Minnesota out of the game. Tonight, the Wild need to come in and set the tone early. That they are ready to play down and dirty hockey and are ready to pay the physical price. However, this needs to be done smartly, meaning not marching to the penalty box.

And with physical hockey, this also means going into the more punishing areas of the ice. Namely, they need to get in close to the Blues’ net. Both of the Wild’s goals on Sunday, came from relatively close to the net, including Matt Boldy’s first playoff goal in his NHL career. But there is no where more important to get in close than on the power play. On Sunday, the Wild’s ineffective power play went 0-4 with the man advantage. The Blues were easily able to keep the Wild to the perimeter. We know that doesn’t work, but for whatever reason they stuck to it all game. But again, this is where that down and dirty, gritty and physical hockey comes into play.

Another wasted opportunity comes on the second defensive pairing of Jonas Brodin and Matt Dumba. These are two players who have played together for so long, but for whatever reason they look lost on the ice. Brodin keeps trying to play his smart, quietly effective game, but Dumba takes him away from that with his boneheaded decisions. In fact, I don’t think Dumba has been the same player since the 2018-19 season, yes the same season the Blues won the Cup. Of course, ever since that season, the organization has also played a bit of a head game with him as well, everything from very publicly protecting him the Vegas Expansion Draft to last trying to deal him. Whatever is going on, he needs to figure out a way to get out of his own head and play playoff hockey.

Yet the defensive pairing of Jared Spurgeon and newcomer Jake Middleton appears to be a match made in heaven. If you haven’t read it yet, I highly suggest you read Michael Russo’s article about this pairing over at The Athletic. While these two defensemen look like the hockey version of The Odd Couple, it’s working. When it comes to Middleton, he’s probably taking advantage of every minute on the ice, as when you’re the guy drafted absolutely last in the Entry Draft, you don’t expect to log top defensive pair minutes, let alone even be on the top line. As we’ve discussed in our other previews, we love that Middleton looks to shoot and his smart with his passes, while adding physicality this team has been missing for many years. Now, if Dean Evason would just let Middleton log some power play minutes, life would be grand.

But here we are. It is time for Game Five. But can this team avoid the mistakes of Games 1 and 4? That is the ultimate question, and it is entirely up to them. Do not let this opportunity get away. But of course, if the Wild do make it out of the first round, the next opponent has already been determined. Nothing more “fun” when the prize doesn’t feel like an actual prize, but no one wants another first round exit.