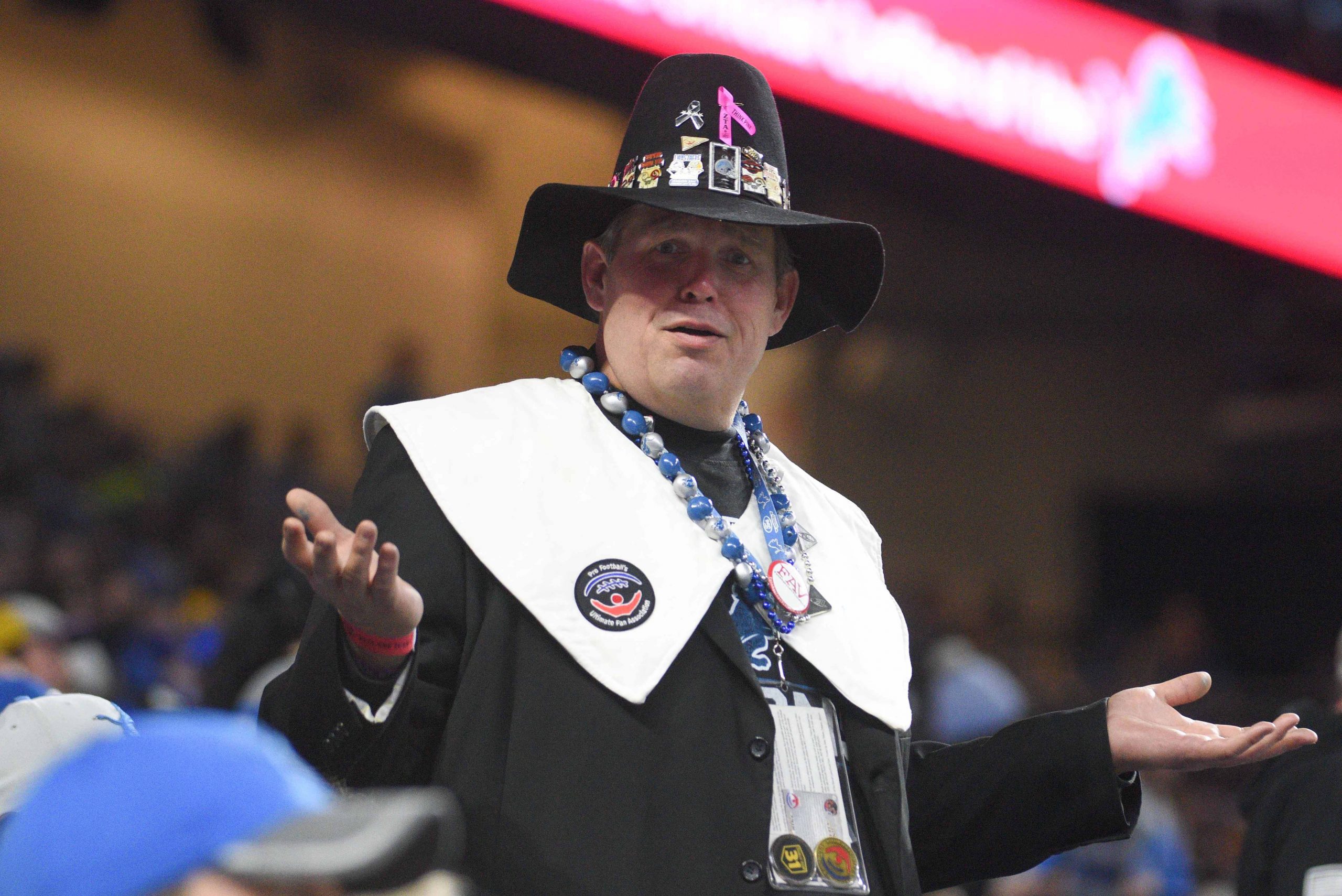 The Detroit Lions tradition of playing on Thanksgiving began all the way back in 1934. Since then, they have played a total of 78 games on the holiday and have played every year from 1934 to now, with the only exceptions being from 1939-1944.

At the moment, Chicago is in first place in the NFC North after beating the Minnesota Vikings, 25-20, on Sunday night. This gave them a 1.5 game lead over the Vikes. They are currently on a four game winning streak, with one of those wins coming against the Lions two weeks ago.

In that game, quarterback Mitchell Trubisky threw for a career-high 355 yards and added three touchdowns in a 34-22 win for the Bears. He is also having a strong year overall as he has passed for 2,469 yards, 20 touchdowns and nine interceptions.

But the game may play out differently this time around as Trubisky was injured in the win over the Vikings and is doubtful to play in this one. He is dealing with an AC joint sprain. If he isn’t able to play, backup Chase Daniel will be called upon to suit up against the Lions.

Daniel, 32, has been a career backup since entering the league in 2009. He has thrown 78 career passes for 480 yards, one touchdown and one interception. The bright side is that he has some experience playing for Bears head coach Matt Nagy when both were in Kansas City from 2013-15.

While Trubisky is the only major injury concern for Chicago, they could play a larger role on the Detroit sideline. Two major offensive weapons, running back Kerryon Johnson and wide receiver Marvin Jones Jr., have already been ruled out for the game. They could also be shorthanded on the defensive side of the ball as defensive tackle A’Shawn Robinson (ankle), cornerback Darius Slay (knee) and defensive end Ezekiel Ansah (shoulder) are all questionable heading into this matchup.

As for the players who will definitely be on the field, the Lions will need to be led by QB Matthew Stafford. He hasn’t had the best season so far but has decent numbers. On the year, he has 2,605 yards, 17 TDs and eight interceptions. In the Lions 20-19 win (which snapped a three game losing streak) over the Carolina Panthers on Sunday, he was 22-37 for 220 yards and one TD. Stafford will have to play better against this defense that is allowing only 19.5 points per game.

He will be pressured by possibly the most feared defender in the NFL in Khalil Mack. In only eight games due to injury, he has eight sacks, five forced fumbles and an interception.

Stafford will have to get the ball out quickly and will have to rely more on Kenny Golladay with Jones Jr. out with an injury and Golden Tate traded to the Philadelphia Eagles a few weeks ago. He is leading the team with 714 yards and five touchdowns on 47 receptions.

Stafford may also have to pass it a little more than he would like with Johnson out in the backfield. The Lions will rely on veterans LeGarrette Blount, who is averaging a career-low 2.3 yards per carry in 2018, and Theo Riddick. Zach Zenner may also see some playing time.

As for the Bears, if Trubisky is out, they will have to rely heavily on the ground game. They are led by a dynamic duo in Jordan Howard and Tarik Cohen. Howard is leading the team with 523 yards rushing and five touchdowns. Cohen isn’t the biggest threat running the ball (271 yards and two TDs) but he is a major threat catching the ball. He is second on the team with 458 yards receiving and three TDs.

The good news is that the Lions much maligned rush defense has improved tremendously over the past two games. In those games against the Panthers and this Bears squad, they have allowed only 110 yards on the ground combined. This is coming off of giving up an average of 145 yards per game through the first eight.

Now time for the prediction. With the Bears leading the division and the Lions in last place, most people would think Chicago would run away with this one. But it would not shock me one bit for Detroit to pull off the win. Stafford will come to play in a game that is virtually a must-win for the Lions if they want any chance to make the postseason.

If Trubisky was 100% healthy, I would take the Bears in a heartbeat. But with Chase Daniel most likely manning the helm for Chicago and the Lions seemingly always playing better with their backs against the wall, I think Detroit pulls this one out. They will win on Thanksgiving and give these fans something to cheer about.

All stats are courtesy of ESPN.com and SportingNews.com.