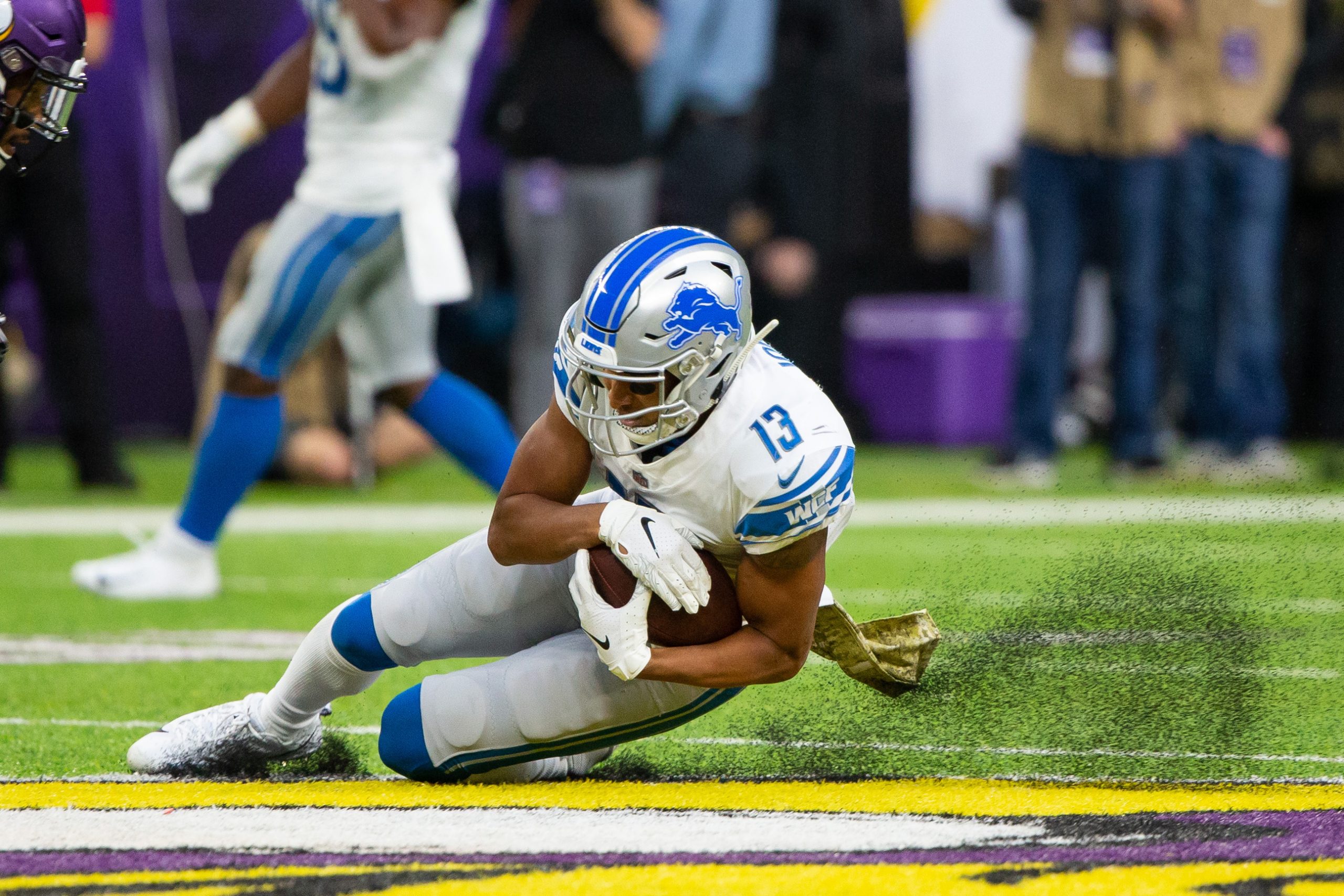 The Detroit Lions (3-5) are in a tough spot. They are currently on a two game losing streak and in last place in the NFC North. They lost 28-14 at home against Seattle two weeks ago and then got thoroughly outplayed by the Vikings in Minnesota, 24-9, last week. Their playoff odds are slim to none and the team has looked very bad in four of their losses this year.

The Chicago Bears (5-3), meanwhile, are in a great spot. They are leading the North after consecutive victories. They beat the New York Jets 24-10 a couple of weeks back and then molly whopped the Buffalo Bills, 41-9, last week on the road. The poise of second-year quarterback Mitchell Trubisky and the addition of Khalil Mack to the defense has led to the resurgence in the Windy City.

Coming into the matchup this week between these two divisional rivals, Chicago is trending up while Detroit is trending down.

The Bears are averaging 29.4 points per game, which is the 6th most in the NFL. They are also only allowing 19.1 PPG and 85 yards of offense on the ground. The rushing defense, led by Mack and Co., is currently 3rd best in the league.

The Lions, on the other hand, are only averaging 22.5 PPG while allowing 26.3. They are also very poor against the run. They are the 3rd worst in the league by allowing 142.5 yards per game.

Chicago will most likely look to exploit this weak Detroit run defense. They have two very capable running backs in Jordan Howard and Tarik Cohen. On the year, Howard has rushed for 439 yards and five touchdowns. Cohen has 229 yards and a TD on the ground. He is also a dual threat out of the backfield as he has 31 receptions for 406 yards and three touchdowns.

Even Trubisky is dangerous with his feet at the QB position. He has rushed for 302 yards and two touchdowns while averaging 7.9 yards per attempt.

Detroit, while they would like to have a good rushing attack to compliment Matthew Stafford and the passing game, will most likely have to focus on airing it out. With Chicago having such a good run defense look for Stafford to throw early and often.

Kerryon Johnson, who’s been very good this year, has been bottled up in the past two games. Against the Seahawks and Vikings, he rushed 20 times for 59 yards and no TDs. He is averaging only 2.95 yards per rush in these two contests and his longest run has been for seven yards.

After trading perhaps their best receiver in Golden Tate over a week ago, Stafford will have to rely on other guys to step up. Kenny Golladay, who leads the team with 523 yards, has been quiet the past couple weeks after starting the season on a hot streak. Marvin Jones Jr., who leads the team with five touchdowns, will also see his fair share of targets and will need to produce if the Lions will want to stay in this game.

The problem with throwing against Chicago is that Mack, their star linebacker, is an absolute force. Even after missing the last two games, he still leads the team with five sacks and four forced fumbles.

Chicago could also get a boost in their passing attack due to the return of receiver Allen Robinson II. Like Mack, he has missed the past two games due to injury as well.

While the Bears are getting two key starters back from injuries, the Lions are going to be short two starters in this one. Cornerback Darius Slay is out with a knee issue while guard T.J. Lang is out with a neck problem.

Now onto the prediction. This game, which currently favors Chicago by 6.5, should come down to the play of the quarterbacks. Trubisky and Stafford have very similar statistics with Detroit’s gunslinger throwing for 2,111 yards, 14 TD’s and six interceptions. The second-year pro out of North Carolina, who leads the Bears, hasn’t been too shabby himself. He has thrown for 1,949 yards for 16 TD’s and seven interceptions.

But Chicago has a very stout defense and the return of Mack only makes it better. Stafford may have a hard time producing in this one, especially if his running game is stymied.

Detroit’s defense, even after trading for run stopper Damon Harrison, is still bad. They cannot stop the run and will have a hard time stopping the dynamic duo in the Bears backfield. Cornerback Teez Tabor, who has been constantly getting torched in the secondary, will most likely play more with Slay out.

I think the Lions will battle early on, but the Bears defense will slowly grind away at this shorthanded offensive line, and they will fall short. They will fall to 3-6 and all but virtually vanquish their postseason hopes. Chicago, led by big games from Trubisky, Cohen and Howard, should run away (literally) with this game. They will move to 6-3 and keep their slim lead in the North for the moment.