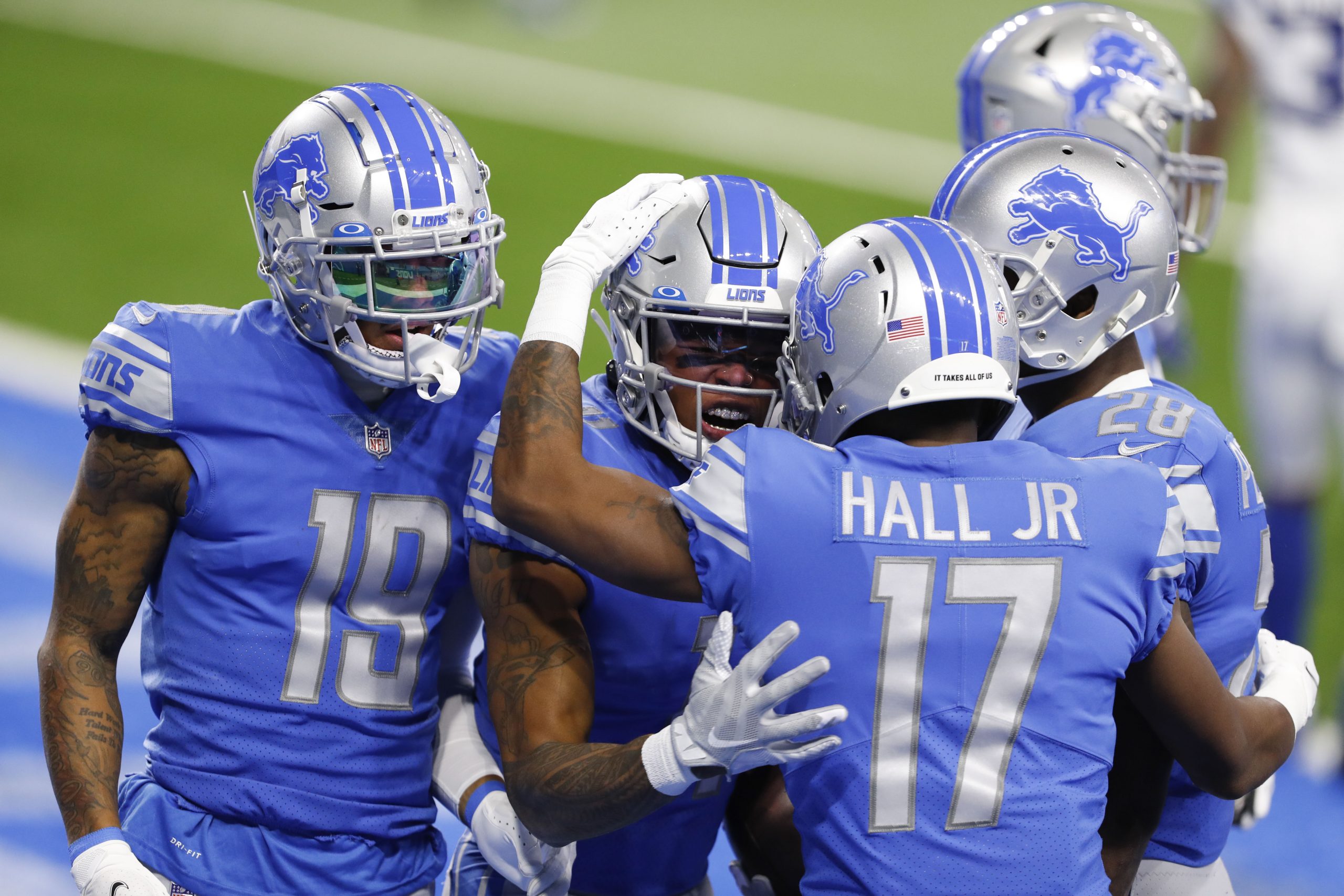 The 2020 season has not gone as planned for either the Detroit Lions or the Minnesota Vikings. But that won’t change anything when these two NFC North rivals square off at U.S. Bank Stadium this Sunday.

The Lions (3-4) are 3-1 on the road this year, with their only loss coming against the Green Bay Packers in Week 2.

The Vikings (2-5) are winless at home this season as they sit in last place in the division.

This game will feature two of the worst defenses in the NFL as the Lions give up 29.4 points per game, which ranks 26th in the league, while the Vikings give up 30.6, which puts them at 29th.

That only means good things when it comes to the offensive side of the ball.

For Detroit, Matthew Stafford has had an okay year, throwing for 1,916 yards, 13 touchdowns and five interceptions. His quarterback counterpart in this one, Kirk Cousins, has had a rather rough year and is a large part to blame for Minnesota’s struggles. Cousins has passed for 1,635 yards with 12 touchdowns and 10 INTs.

Stafford may be without leading receiver Kenny Golladay, who left the game against the Indianapolis Colts last week with a hip injury. Golladay leads the team with 338 yards. Stafford may have to rely on tight end T.J. Hockenson and wide receiver Marvin Jones, Jr., who have combined for 586 yards and seven touchdowns on the year.

Cousins, despite his struggles, has one of the most dynamic receiving duos at his disposal. Adam Thielen is tied for the league lead with seven receiving touchdowns and has 442 yards. Rookie Justin Jefferson leads the team with 563 yards, which leads all rookies and is 14th in the NFL. He has also caught three scores.

As for the ground game, this is where the two teams differ. Detroit ranks 29th in the league with just over 97 yards per game via the rushing attack while the Vikings average 144 per game and rank sixth.

Minnesota relies heavily on the legs of Dalvin Cook, who has been a dominant force all year long and is coming off a monster four TD performance last week against the Packers. Cook, who has missed one game due to an injury, is second in the NFL with 652 rushing yards and leads the league in rushing touchdowns (10) and TDs overall (11). Expect him to have another big performance as the Lions rank 23rd in the NFL against the run.

Detroit, on the other hand, is more of a committee-style backfield. Veteran Adrian Peterson leads the team with 321 yards. Rookie D’Andre Swift leads the team with four rushing touchdowns. But whoever has been carrying the ball for the Lions has struggled recently.

In their last two games, Detroit has 93 total yards on 34 carries with one score. In their last game, a 41-21 loss to the Colts, the leading rusher was Jamal Agnew with 11 yards. It was only Agnew’s third carry of the season. Things could turn around though, as Minnesota ranks 19th against the run and gives up over 124 yards per game.

As for both teams’ defensive struggles, they both have bright spots on that side of the ball. Eric Kenricks of Minnesota leads the league with 56 tackles while Detroit’s Romeo Okwara is tied for 13th in the NFL with five sacks. Both teams also have a player who are tied for 8th in the league with two interceptions in Duron Harmon of the Lions and Eric Wilson of the Vikings.

Injuries may play a part in this one, at least on one side.

Minnesota has a few questionable players heading into this game, but none of any importance.

As for Detroit, besides Golladay being doubtful, they have a few players who may miss this one. Safety Tracy Walker (foot), cornerbacks Darryl Roberts (groin) and Desmond Trufant (hamstring), defensive tackle Danny Shelton (wrist), guard Joe Dahl (back) and offensive tackle Taylor Decker (shoulder) are all questionable coming into this contest. They also placed defensive end Trey Flowers on IR on Monday after he left their last game against Indianapolis. Matthew Stafford was also placed on the Reserve/Covid-19 list yesterday, but I fully expect him to play.

I think this is a game where both teams aren’t playing for much other than pride. While if Detroit wins they still have an outside shot at the playoffs, losing last week put a damper on their hopes. Minnesota dug themselves too far into a hole after losing five of their first six games.

But I think this is a game where Dalvin Cook continues his monster season. Against a weak run defense who is missing Flowers on top of that, Cook should easily rush for over 100 yards and multiple scores. Detroit’s secondary may also have a hard time containing the duo of Theilen and Jefferson.

I think Detroit’s offense, even if Golladay is out, will have a big game. This game could very easily turn into a shootout with both sides putting up numbers at a rapid rate. I think in the end, Cook and Co. will be too much to handle for Detroit and the Vikings will earn their first home win of the year.