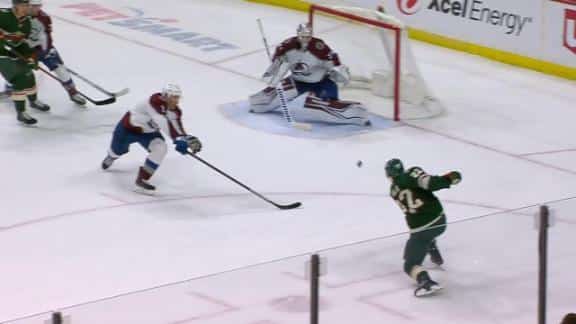 Well friends, we made it. Finally, it is the final game of the regular season. It’s been an interesting season, but for the most part, interesting in a good way. Sure, there have been some pitfalls and missteps this season, but overall it’s been a positive season. In fact, it’s been a far more impressive season than any of us could have imagined. Shedding some expensive, dead weight on the roster has been a good thing. Whether it pays off in the long run is yet to see. Considering some lean seasons ahead that are going to be our future, it’s probably a good thing we had this season to sustain us.

I have to admit, I wasn’t expecting last night’s outcome. After the embarrassing outcome against Arizona, I figured Minnesota wouldn’t be able to sustain Calgary’s onslaught. The fact it was such a low-scoring game was good to see. This season, I think we’ve all become so accustomed to seeing goal after goal scored upon the Wild. However the difference this season, is that for the most part, the Wild have been able to match the goals scored against them. And when I consider the Wild’s march to the penalty box in the second period, I began to worry as we are all well aware of the trials and tribulations of Minnesota’s penalty kill. They proved they can kill penalties when they put their minds to it.

Another thing I appreciated about last night’s game was Minnesota’s power play. While the power play this season has been okay, it also hasn’t been anything to write home about. Yet, the two times they had the man advantage, they cashed in, including the overtime game winner by Kirill Kaprizov. His goal was good to see, as things haven’t been as focused on his line with Mats Zuccarello being out with an injury. It is clear that the Kaprizov line and the Kevin Fiala line have definitely found chemistry, and it’s fun to watch. In fact, the entire team seems to be having fun overall.

One area of concern last night, that I’m surprised didn’t bite them, was overall puck control. There were many times last night where pucks that should have been easily handled were coughed up too easily. Part of me wonders if they were playing such a hyper-focused game, that everything was a bit tight. Yet even with their issues maintaining puck control, it surprised me how quickly they were able to regain control. Considering tonight’s opponent, I wonder if some of those puck control issues will happen as well. But if they’re able to play like they did last night, the Wild stand a good chance of coming out ahead.

Since the Florida Panther’s clinched the President’s Trophy, I would like to think that Colorado could rest some of their players prior to the playoffs. They sit atop the Western Conference and neither us nor Calgary (the Pacific Division leader) can overtake them. However, Colorado tends to be a bit of a petty team, and I could also see them not wanting to give the Wild any sort of advantage and see if they help prevent Minnesota getting home ice advantage over Saint Louis.

Considering that Minnesota’s game in hand evaporated last night, I think many of us will also keep an eye on the Saint Louis and Vegas game. I have no idea how that game is going to pan out, but I think it will be an interesting game. Obviously the Blue need the win, because if they do they get home ice over Minnesota. However, this is the first time the Vegas Golden Knights have failed to make the playoffs in their short history. What I’m hoping for, is that they play a tough, angry game. Something like “well we were robbed of the playoffs, so no we’re going to steal home ice from Saint Louis.” But then they could also be bitter towards Minnesota and just mail the game in.

There is some good news for Wild fans though. Tonight, the Wild get Jared Spurgeon and Matt Dumba back in the lineup. While I know he is well loved by many fans, I’m probably about to stir up some controversy here. I don’t know about you, but I really haven’t missed Dumba during his time on injured reserve. The past couple of seasons, he’s definitely had some liability moments. However, have two defensemen who log the kinds of minutes they do, has probably made the defensemen who remained have to work even harder. I don’t think Jordie Benn thought he’d be logging the minutes he has in these last few weeks of the regular season. I just hope the return of Dumba doesn’t mess up the current chemistry on the blue line.

While the Wild only need one point tonight to hold on to home ice, I would really like to see them go out with a bang and take home both points. As Wild fans, we have experience so many seasons where they back into the playoffs, but for once I’d rather they come in like a lion and not the lamb. Tonight, let’s come in saying “this is our chance to go further than we have in a long time.” 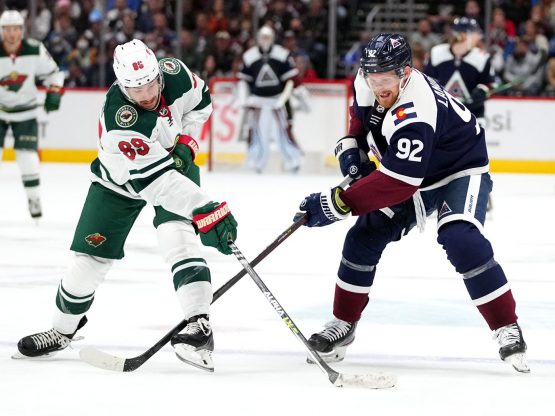