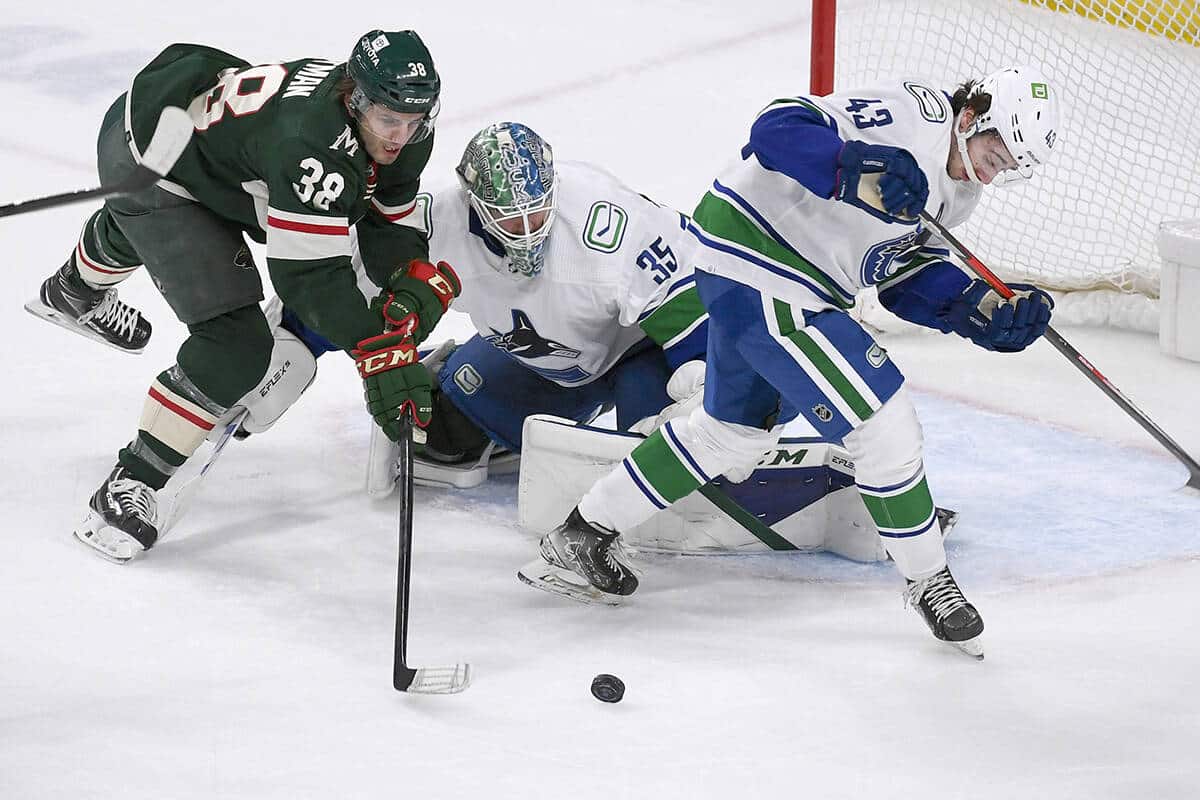 There are some days when I look at the stats, and they absolutely make me chuckle. Now you have to realize that even though I talk about a lot of numbers in these previews, I am truly not a numbers person. Truly, numbers and I don’t get along, but today they tell a great joke. So here I am, looking at the goals against per game stat, and what do I see? I see a Vancouver Canucks team with one of the better numbers in that category. Even better, the Colorado Avalanche are one place ahead in that stat. So, why does that make me laugh? Well for those of you who have followed this team since its inception, you are well aware that those two teams absolutely loathed defensively responsible hockey. Looks like they’ve changed their tune.

However, even with the laughs I got looking at the stats, this is a game that has me concerned. Vancouver is an absolutely desperate team. They are currently four points behind Dallas in the standings in the race for the second wild card spot. The Vegas Golden Knights are also ahead of Vancouver by two points. With the 5-2 loss by Dallas in Edmonton last night, look to see the Canucks push the Wild hard. These are two points Vancouver wants and needs to acquire at all costs. Also, the 4-3 shootout loss to Ottawa on Tuesday night only adds more pressure to Bruce Boudreau’s squad.

Up front, J.T. Miller has had a sensational season, breaking the 90 point barrier for the first time in his career. I don’t know about you, but a player that can score, is a terrific playmaker, and wins over 53% of his draws is a player to be concerned about. While Minnesota has had scoring success of their own, I wouldn’t mind having a player like Miller on the roster to boost the talent we already have. Another player who has been on fire as of late is 2018-19 Calder Trophy winner, Elias Pettersson. The 23-year old has four goals and three assists in his last four games. Plus the fact that Miller and Petterson are on different lines, means they’re a definite threat.

Bo Horvat missed the last game against Ottawa, and is listed as day-to-day with a lower body injury. He has been an absolute Wild-killer in previous meetings. And if that isn’t bad enough, he’s also one of the best in the league when it comes to faceoffs, winning 57% of his draws. If there was a key game for Horvat to be healthy again, it is this game, but time will tell. Vancouver’s bottom six forwards is a mix of youngsters and minor league journeyman. While that doesn’t sound too intimidating, Vancouver is still actively in the hunt for a playoff spot. Trust me, players like that can be dangerous.

On the blueline, Quinn Hughes is one of the top scoring defensemen in the league. Due to being a terrific skater with excellent on-ice vision, he is a big reason the Canucks have the eighth best power play in the NHL. Do I need to remind you all of Minnesota’s horrendous penalty kill? No? Good. However if Minnesota can stay out of the penalty box so they don’t tempt fate, they stand a good chance. Oliver Ekman-Larsson hasn’t been the impact player offensively though when Vancouver traded for him with Arizona.

Also important in this part of the season, is the ability to have some grit on the roster. Well, the Canucks have that as well, and on their blueline no less. These grit players being Tyler Myers, Luke Schenn, and Travis Dermott. Just like Minnesota has added some grit and snarl to their roster, Vancouver has done the same. But if there was one glaring weakness for Vancouver, it is their penalty kill. Right now, the Canucks have the league’s worst penalty kill. While Minnesota’s penalty kill is bad, at least it’s not Vancouver level bad. However, it just seems odd that one of the best teams when it comes to goals against per game, struggles so bad defensively when they’re down a skater.

When it comes to Vancouver’s last line of defense, meaning goaltending, they’re doing okay. San Diego-native Thatcher Demko has been a workhorse between the pipes. He has performed reasonably well for most of the season, and has posted a respectable 2.64GAA. While Demko has started the lion’s share of games, the same can’t be said about backup Jaroslav Halak. He has been used sparingly this season, but I could see Boudreau giving the 26-year-old a break and a start. Plus, if they really want to get to the playoffs, if they make it, at some point Halak will have to play.

I know you may think me crazy when I say this, but right now I am not excited about the Wild’s top line of Kirill Kaprizov, Mats Zuccarello, and Ryan Hartman. While they have the skill and talent to make things happen, they’re currently plagued with not knowing when to shoot the puck. It’s frustrating to watch, but even more frustrating given the point of the season we’re currently in. If they do that in the playoffs, it’s going to be another first round exit for the Minnesota Wild. However, not all is lost. Another line has stepped up to fill the excitement void. I don’t know about you, but watching Kevin Fiala, Frederik Gaudreau, and Matt Boldy has been very enjoyable.

Considering that Cam Talbot got the start (and shutout win) against Montreal, one would expect to see Marc-Andre Fleury get the start tonight. After his rough outing against San Jose, I would expect him to push for a standout game. While he got the win against the Sharks, it was not a good game for him. Fleury needs a bounce back game, and he’s going to need to come up big against the Canucks. But he also needs the defensive support from the skaters in front of him.

While I’m trying to come into tonight’s game with a little confidence, I will admit I am a bit worried. But then I will feel like this every game. The Wild have the ability to win each of the remaining games, yes even the upcoming Nashville one, but they have to want it. They need to remember that home ice advantage is on the line instead of just coasting into the playoffs simply because they’ve already clinched. Honestly, all I want is to see a team that actually cares and puts forth the required effort, win or lose. 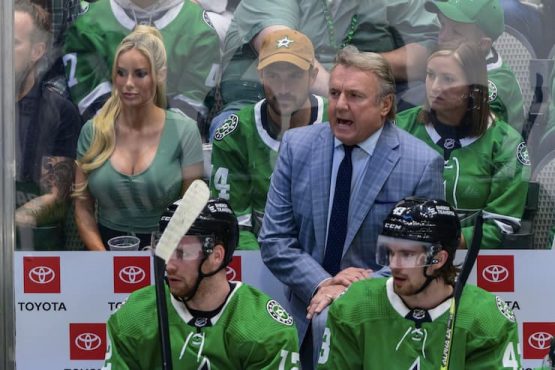