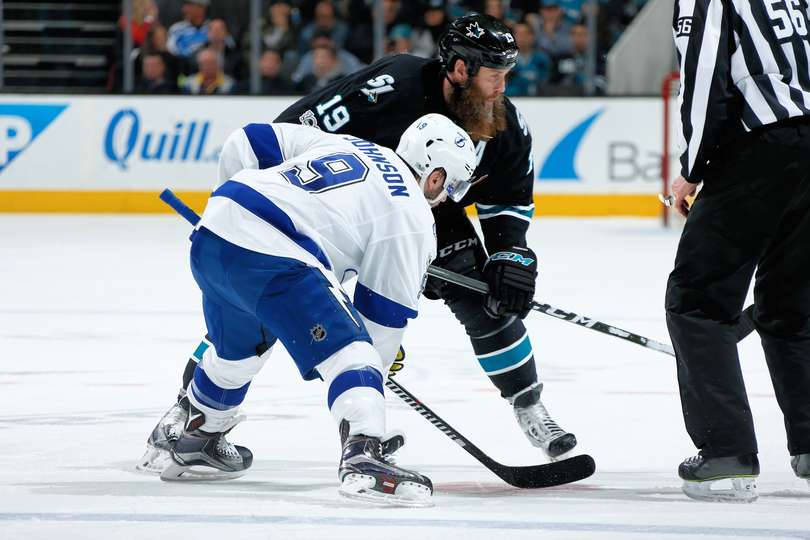 Jonathan Drouin scored in the second period for the Tampa Bay Lightning (21-21-5) and Andrei Vasilevskiy made 22 saves but lost his sixth straight start 2-1 to the San Jose Sharks last night at the SAP Center. The Bolts again played well enough to win but came away with nothing in a game they needed to win.

“I think it was a good game for us if you look at our play,” Lightning defenseman Anton Stralman said. “We just can’t find the back of the net. It’s a little tough when [we] finally turn our game around and play some good hockey and you can’t find the goal.”

Ryan Carpenter gave San Jose a 1-0 lead at 5:01 of the second period when he beat Vasilevskiy with a slap shot from the right circle that deflected off Lightning defenseman Nikita Nesterov.

Logan Couture scored the game winner 22 seconds into the third period, by bouncing a shot from the slot through the legs of goalie Andrei Vasilevskiy.

“(The puck) somehow found its way through,” defenseman Anton Stralman said of the Couture goal. “That’s the kind of stuff that makes it a little bit more frustrating. We’re not getting those (breaks) right now.”

San Jose’s backup goalie Aaron Dell was fantastic, stopping 24 of the 25 the Bolts put on him. Tampa Bay will travel to Arizona to take on the Coyotes on Saturday at 8:00 PM.