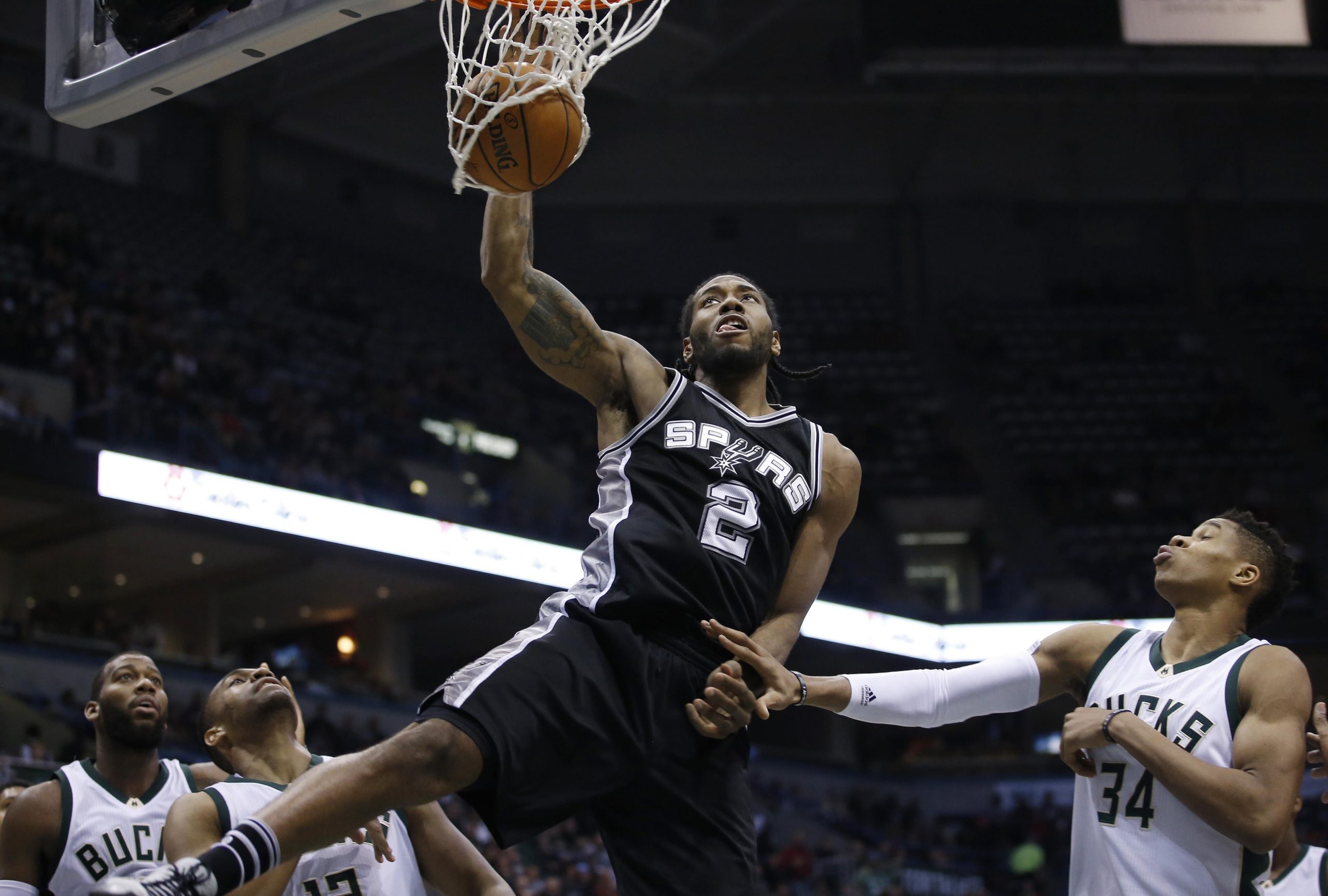 To help me preview tonight’s San Antonio Spurs vs. Milwaukee Bucks game, I enlisted the help of Frank Madden, one of the original founders of Brew Hoop, and currently host of the Locked On Bucks podcast. Follow him on Twitter for more Bucks and NBA coverage. The Bucks had a rough weekend after coming off a three-game win streak. There could be easier ways to bust a skid aside from going on the road against a Spurs team that has been winning a lot at home recently. What do the Bucks have to do to get back in the win column against San Antonio?

Pray for an asteroid strike? The Bucks have improved on the road this season — 7-9 after a 10-31 campaign last year — but realistically they’ll need plenty to break their way on Tuesday night to pull off a shock win. The most obvious requirement: a healthy Giannis Antetokounmpo. The Bucks’ young star had a rare DNP on Sunday due to illness, so he has to be healthy and near his best for the Bucks to be competitive. Defensively, the Bucks are prone to over-helping and giving up open threes, so they’ll have to be extra sharp with their rotations against a Spurs team that’s burying 41% from deep this season. Offensively they’ll need to use their athleticism to get transition offense from Giannis and Jabari, and *someone* will need to step up and give them some help — most likely Greg Monroe and Malcolm Brogdon.

This is a matchup of MVP candidates granted Giannis plays. Aside from it being one of those must-watch matchups between Kawhi and Giannis, how do you see this playing out?

Giannis is the fulcrum of the Bucks’ offense, so while you’d certainly expect to see plenty of Kawhi on him defensively, Giannis also gets moved around plenty to give defenses different looks. Often times he brings the ball up to initiate offense, but you’ll see him just as much operating as a screener or catching at the elbow. Though he’s improved as a three point shooter over the last month, he does most of his damage in transition, off cuts, and by using his freakish instincts to improvise. On the other end, the Bucks typically “hide” Jabari Parker on the ball, allowing Giannis to roam the weakside while wreaking havoc in passing lanes and as a help-side shot-blocker. So while Parker is the inferior defender by a mile, he’ll likely draw the challenge of marking Kawhi at the outset.

Malcolm Brogdon has been quite the surprise, especially considering where he was drafted. Do you expect Kidd to stick with him or to eventually replace him with Dellavedova now that he’s back?

I thought it was only a matter of time prior to Delly’s injury, and at this point I’m not sure what the point of going back to Delly would be. He just hasn’t been able to make shots, and in general there’s just not much that Delly does better than Brogdon. While his jumper is anything but pretty, the 24-year-old rookie has hit over 40% of his threes thus far and his combination of sneaky quickness, strength and length has made him increasingly effective (and occasionally spectacular) going to the rim as well. Meanwhile, Delly has been a major liability in late game situations, and Brogdon has a much better chance of being the Bucks’ long-term starter. I wouldn’t be shocked if Delly got another shot at the starting spot — especially given how good Brogdon’s been with Monroe and the second unit — but it’s only a matter of time before the job is Brogdon’s.

Obviously when you mention the Bucks, you immediately think of Antetokounmpo, but there are quite a few players that have been key contributors. Jabari Parker is having a great season, Michael Beasley had a great game against Washington etc.. Who should Spurs fans be aware of aside from Giannis prior to tomorrow’s game?

Though he hasn’t taken the leap to superstardom like Giannis, Parker has elevated his game significantly while providing hope that he could be the long-term second banana the Bucks will need alongside the Greek Freak. After barely taking any three pointers before last year’s all-star break, he’s developed into a 40% shooter from deep who can also use his strength to bully smaller defenders on the block or his explosiveness to dunk over almost anyone. His rebounding and team defense still leave plenty to be desired, but his lateral quickness has allowed him to be remarkably passable as an on-ball defender.

Interestingly, though, Greg Monroe has probably been the Bucks’ second best player behind Antetokounmpo. Coming off the bench and playing the fewest minutes of his career, Monroe has shown renewed effort and intensity on the defensive end while showing his usual combination of low-post scoring and high-post playmaking on the other end.

What are your thoughts on the criticism of the Bucks’ halfcourt offense? Is that something that will take time, a lineup shuffle or adding another piece to remedy?

They’ve certainly been terrible in clutch situations — while they’ve ranked 6th in overall offensive efficiency over the last 20 games, they’re also dead last in clutch offense. Most of that comes down to their lack of halfcourt polish and tendency towards stagnation and poor decision-making late in games, though oddly enough their halfcourt offense hasn’t been terrible overall. Spurs fans got a dose of that the last time these teams faced off in Milwaukee — after 42 minutes of strong play, the Bucks suddenly looked nervous and fell apart down the stretch. Getting Khris Middleton back at some point later this season will help, and getting more minutes for Monroe (and fewer for John Henson) would also help.

Final question is your prediction. Do the Spurs extend their streak over the Bucks to 10 games or do the Bucks snap their skid with a win in San Antonio?

I certainly won’t be so bold as to predict a Bucks win, but I certainly think they’re capable of giving the Spurs a game. That starts with a healthy Antetokounmpo causing the Spurs problems on both ends, and it would certainly help if the Spurs didn’t bring their A-game.