Get Shady For Brady 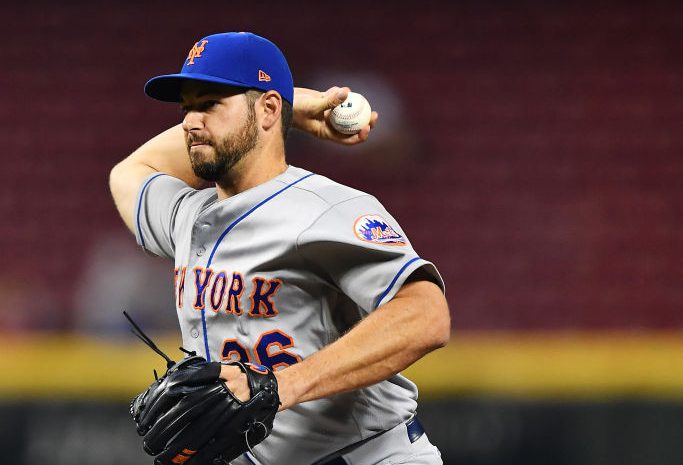 The Mets are pulling off a tank job so good you’d think Andrew Luck was in the draft.

And they’re somehow doing it before our very eyes, and yet without much notice. Maybe we’re not noticing it because Terry Collins is employing those “winning strategies” like putting Jose Reyes in left field as he did on Tuesday against the Reds. I don’t get it. It’s like making a player a utility player for its own sake. Daniel Murphy and Justin Turner had to skip around the diamond because of David Wright and their own defensive inefficiencies. Jose Reyes in left field? Are they preparing him for his next team? Or are they already penciling in Yoenis Cespedes for three trips to the DL in 2018?

Chris Flexen put the Mets out of reach by giving up five runs in the first with the help of two walks and a grand slam by Scott Schebler. Flexen couldn’t get out of the fifth inning before giving up seven runs to the Reds and being removed after four more walks. Things stabilized before Chasen Bradford came in for the ninth and, with the help of a Wilmer Flores throwing error (please stop doing that), gave up seven runs (four earned) before being lifted for Kevin Plawecki. Imagine that, going from not giving up an earned run in two weeks to not being able to get an out against Cincinnati and being pulled for a catcher, who then goes and retires Joey Votto to end the inning. Baseball is cruel sometimes.

But it’s all a part of the unintentional tank job. The Mets lead the N.L. in home runs, most of them hit by players that are now on Tampa and Cleveland and Milwaukee and Chicago and Los Angeles and the disabled list. The current starting lineup has 56 home runs this season. These Mets have 57 victories, tied with Detroit and Atlanta, and about to be passed by San Diego. The Reds now have 56 after their 14-4 victory over the Mets, who once had a 15 game winning streak against the Reds when the Mets had major league plaers. Below that gaggle of teams lie the 53 win Giants, the 52 win White Sox, and the 49 win Phillies. Last season I started a countdown at 61-62 for a path to the playoffs. This season, there’s a path to the number one draft pick. They’re eight games ahead of Philadelphia. If the Phillies go 16-16 over their last 32 to go 65-97, the Mets would need to go 7-24 to get themselves the number one pick in what seems to be a very strong draft. The Mets are 4-12 in their last 16 so they’re already on that pace. They have nine games against the Cubs, Marlins, and Nationals. They have six games left with the Phillies. With Jose Reyes in left field, anything can happen.