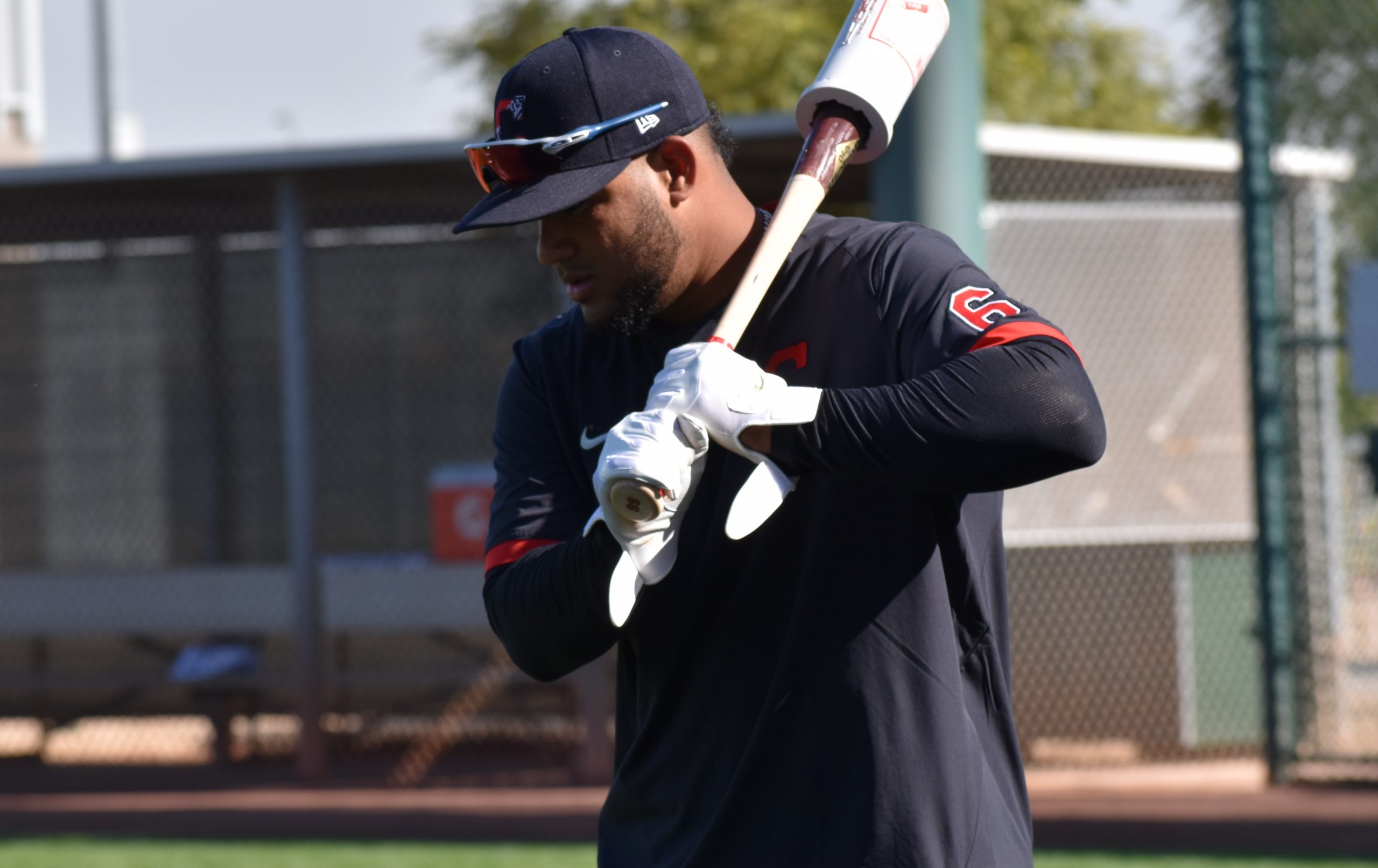 This is the final of four looks into those players who have been invited to Cleveland Indians Major League spring training but lack the safety of 40 man roster status. Over the last three days, we’ve seen the outfielders, pitchers and catchers, so now it’s time for the infield.

As solid as the Indians starting infield was in 2019, the utility man spot was a total mess to begin the year. Eric Stamets and Max Moroff combined for one of the worst offensive showings in baseball history ultimately leading to the release of both players (both are currently in MLB camps as non roster invitees themselves, Stamets with Colorado, Moroff with the Mets). It wasn’t until the Indians called up Mike Freeman (mid April) and starting giving him regular at bats (mid May) that things normalized.

Even though Freeman had an excellent OBP of .362 and was an average or above average defender at multiple positions, even he was removed from the 40 man roster following the season. Unlike Moroff and Stamets, however, the Indians resigned Freeman and invited him to MLB camp again.

At the moment, it appears that Cesar Hernandez will start at second with Yu Chang as the primary utility infielder, but things are far from as sure as they were with Jason Kipnis holding down second. This could lead to some early season volatility and Freeman would be a perfect fit as a veteran major leaguer with a very well known ability set.

One knock against Freeman is that, at 32, he is unlikely to ever develop into a full time starter, something each of the other three infielders in camp have some chance of. The first of these is Ernie Clement, a 23 year old short stop who has significant experience at second, third and center as well. Clement’s primary claim to fame is a minuscule strike out rate. In fact, of the 707 MiLB players with at least 1,000 plate appearances since 2017 (the year Clement was drafted), he ranks #1 with strike outs in just 7.3% of plate appearances.

As you may expect with such a stat, Clement is an early count swinger and rarely walks, but uses his speed and contact ability to reach base consistently without free passes. He has almost no power and has just three career home runs in nearly 250 games.

Because he has so little power and isn’t fast enough to be a real game changer on the bases, Clement likely has little shot at a starting job in Major League Baseball, but he would be a fantastic bench option. He can be plugged into essentially any position and won’t hurt his team defensively or by striking out. With little experience beyond AA, it is most likely that he will start 2020 in Columbus although he could be a mid-season call-up should the need arise.

While Krieger is still listed by the Indians as an infielder on the roster, he is more of a super utility man at this point. Over the last two seasons the second baseman has been expanding his versatility by playing very often at third, left and center. His best positions are second and center as he struggled defensively while playing third.

There were high hopes surrounding Krieger following his 2016 season between Lake County and Lynchburg, but those diminished after a poor 2017 season in Akron. He had a resurgence in 2018 offensively as he added that defensive variety again in Akron, but had another major drop off in offensive production between Akron and Columbus in 2019. Now 26 years old, he should start the 2020 season in Columbus, but is clearly behind Clement on the MLB depth charts. With Christian Arroyo and Yu Chang ahead of him as well, it will likely be 2021 before Krieger gets a real chance at playing in the big leagues.

Garcia is the only player on this list who doesn’t play multiple positions as he has played first base exclusively for the Indians. He did spend some time behind the plate for the Phillies prior to his 2018 release, but he doesn’t appear likely to return.

Instead, all the focus on Garcia is on his powerful bat, something that was less than awe inducing as a 25 year old in Akron last year. While he isn’t the worst option, the Indians certainly have better choices available, specifically Bobby Bradley. Since the MLB team is already pretty thick with immobile hitters, it is unlikely that Garcia would ever get a shot in the big leagues in 2020 or beyond.