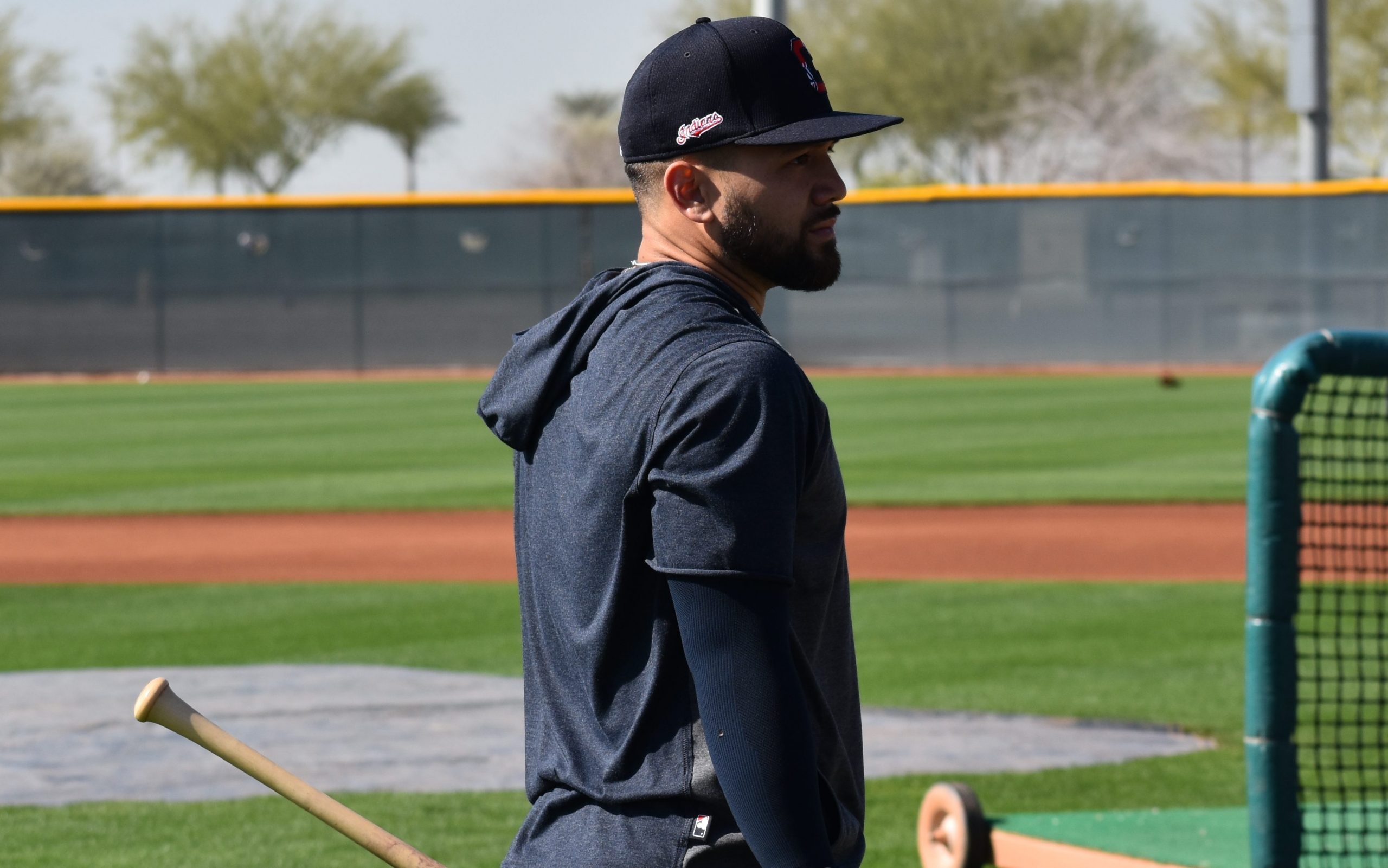 While most of the Cleveland Indians roster is set for the 2020 season, there is always the chance for one of those players who were invited to spring training on a minor league deal to breakthrough and make it big. With 20 players total in camp without having the protection of being on the 40 man roster, it’s far too much for one article, so we’ll break things down by position this year, starting with the most open group, the outfield.

In addition to the ten rostered outfielders, the Indians brought three more minor leaguers from their system up for a spring trial. Essentially, if the Indians need to go deeper than last years group and the additions of Domingo Santana and Delino DeShields, they would most likely run with Daniel Johnson, who is on the 40 man roster and will almost certainly be called up at some point in 2020. Even so, there isn’t a single complete player among the outfield group, so the trio below still has an outside chance, although it is a slim one.

Originally drafted out of Ohio University following his junior year, Longo has slowly crept up the Indians system with essentially one year spent at each level, culminating in a solid 2019 season in Akron.

Longo is a well rounded outfielder whose on base ability and base running greatly exceed his power. He’s a reliable, but not flashy defender with a good arm. Over 2,000 innings in the field and 300 games, Longo can claim a .977 fielding percent and .290/.356/.423 batting line. The left handed corner outfielder has an extreme advantage against right handed pitching with almost all of his power coming against righties.

Given his MiLB profile, Longo looks set to begin the 2020 season in Columbus with any MLB opportunity coming in 2021, but at 25 years old, there is some pressure on him to make it now. With a few interesting outfielders coming up from Lynchburg, like Oscar Gonzalez and Steven Kwan, and the pair below already beyond Akron, Longo is in danger of being surpassed within the Indians MLB season before he reaches the big leagues as happened to Mike Papi last season when he was in a similar situation. Unless something terrible happens to a lot of people, expect Longo to not only start in Columbus, but to stay there all year long.

Marabell was looking primed for a big season in 2019 following a solid run in both Akron and Glendale in 2018, but he started in Akron for a  second straight year and struggled upon promotion to AAA. He’s going to turn 26 just after spring training ends making him one of the most experienced Indians minor leaguers with a .266/.313/.394 line across 555 games.

Marabell has good speed and gap power, but even with the new ball in AAA last year, has not been able to turn that power into home runs. One benefit Marabell has over much of his competition is that he is an excellent defender with great versatility. Not only does he bring a great arm to all three outfield positions (37 career assists), but he added first base to his repertoire in 2019 with just one error in his 24 games.

Like Longo, Marabell’s ceiling could be as an MLB bench outfielder where his versatility could make him the better option of the two. The odds of him breaking into the big leagues to start the season are extremely poor, however. While I mentioned before that the current group of Indians outfielders doesn’t include a complete player, those that are competing for jobs tend to have one great skill (like Daniel Johnson and Delino DeShields on defense, Franmil Reyes hitting against all pitchers and Jake Bauers and Jordan Luplow as platoon bats).

Marabell doesn’t really have extremes like this. He hits both righties and lefties well, but isn’t amazing against either. He’s a good defender, but not Gold Glove quality. Without anything to really set him apart, his 2020 ceiling could be as a September call-up with a real chance to spend the whole season in Columbus.

Continuing on with the theme, Tom was a college draft pick who is 25 years  old and spent 2019 between Akron and Columbus. Unlike Marabell, Tom fell in love with the new AAA ball and slugged .564 across his first 51 games in Columbus. While some may want to discount that due to park factor and the ball, Tom slugged .512 in Akron before his promotion without those advantages. Prior to 2019, he had peaked with 12 home runs in 2018, but he went deep 23 times in 2019 and added 27 doubles, his second highest total (31 with the 2017 Lynchburg Hillcats).

Even before his incredible 2019 season, Tom was a very reliable hitter and now has a .270/.360/.444 line over 473 MiLB games. Like Longo and Marabell, Tom is a serviceable outfielder defensively and he has spent nearly equal time in all three positions. He doesn’t have the typical speed of a center fielder, but has had a penchant for some incredible plays, often using his diving ability to make up for a lack of foot speed.

Of these three hitters, Tom is the most likely to break into the big leagues this season, but even his odds are long. With so many players already on roster who will be given chances, this is not a knock on Tom, but a nearly unbeatable barrier. That being said, Tom absolutely should be expected to debut in 2020. He is MLB ready, has nothing left to prove in the minors and will be a MiLB free agent following the 2021 season should he not be added to the 40 man roster before then. He also would be an easy pick in the rule five draft in December, 2020. Like the others, he doesn’t project as a big league starter, but he certainly deserves a chance to be a big league bench bat.