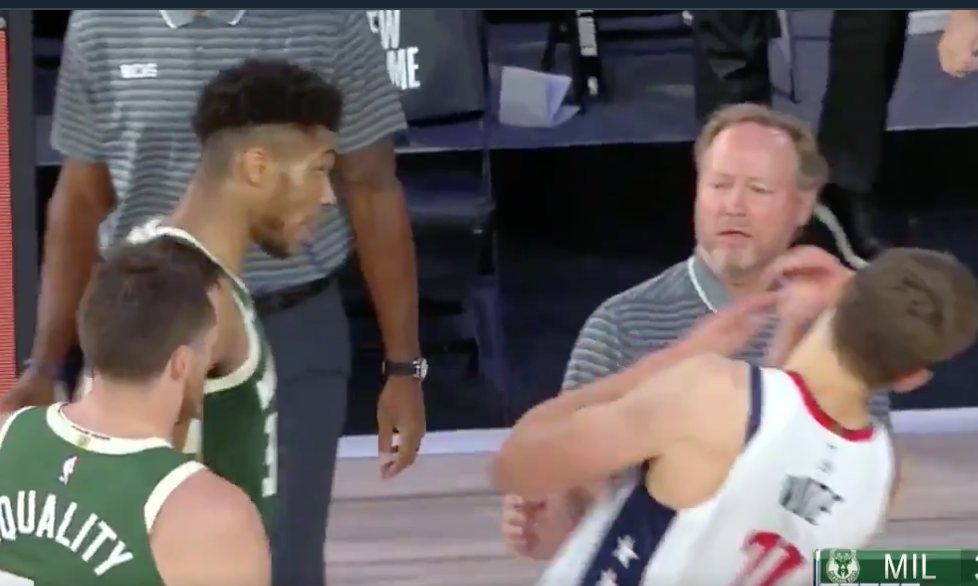 The reigning MVP became the first NBA player to get ejected from a game in the Orlando bubble on Tuesday night.

It happened when he and Moe Wagner were battling for position on a rebound attempt, and it sure looked like the Wizards big man got away with a dirty play on it. Wagner backed Giannis down, knocking him over.

[Update: That video has since been deleted, unfortunately.]

Giannis responded by later getting in Wagner’s face, then headbutting him.

Antetokounmpo was swiftly ejected from the game for his actions.