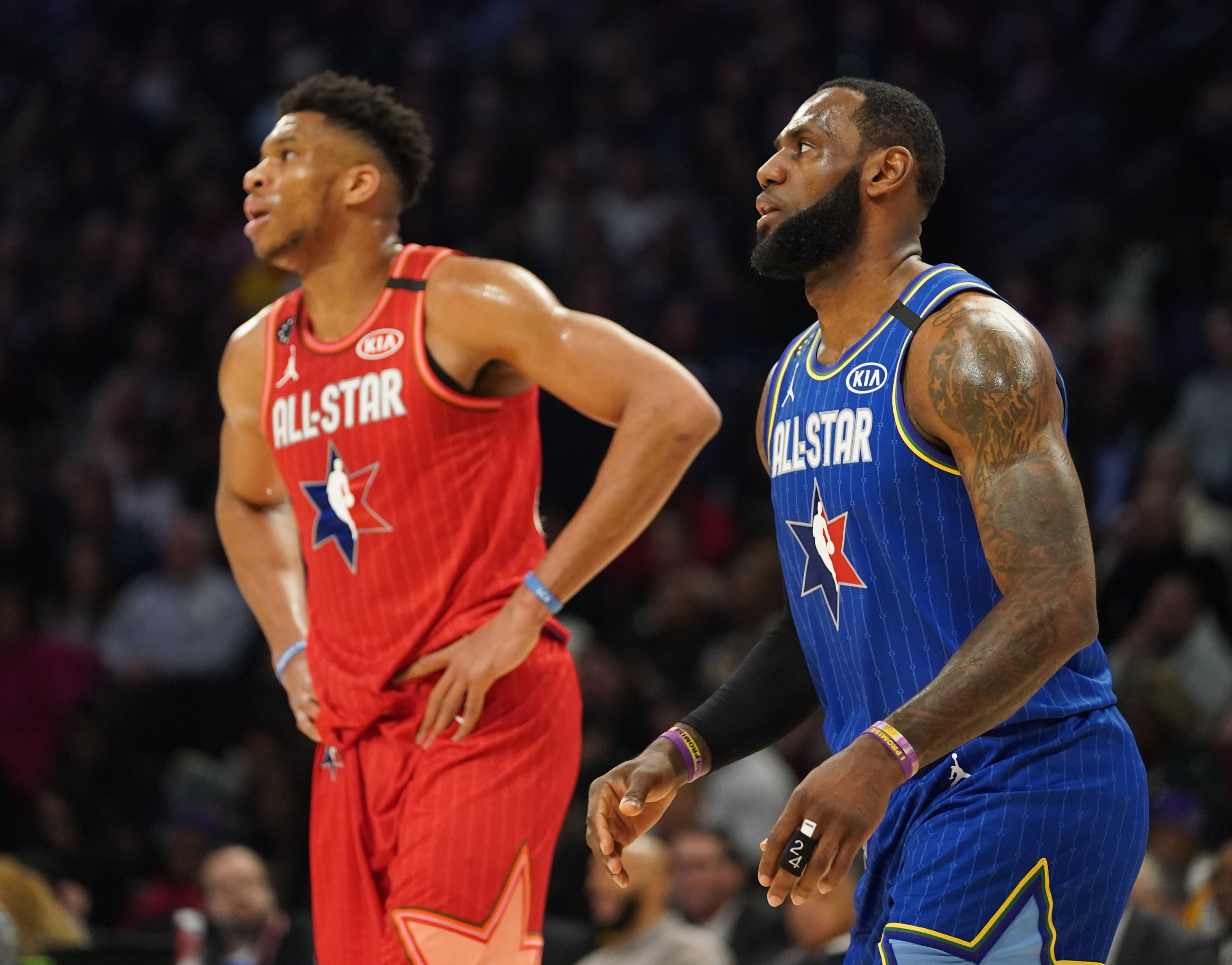 Team Giannis came up just short against Team LeBron in the 2020 NBA All-Star Game, but it sure wasn’t due to lack of effort or execution.

LeBron’s team held a lead in the first quarter, but Team Giannis came roaring back in the second stanza, having a lead up until the final moments of the game — when they later blew it.

But they did have a solid offensive strategy that proved effective throughout most of the game, and now we know why. Giannis informed reporters that their offensive strategy was centered around attacking James Harden — a player known for being a defensive liability.

Giannis says the team to take advantage of James Harden on defense.

Giannis also noted the team was trying to run the offense through Siakam and Embiid.

Solid strategy. Harden must hate hearing that, though.