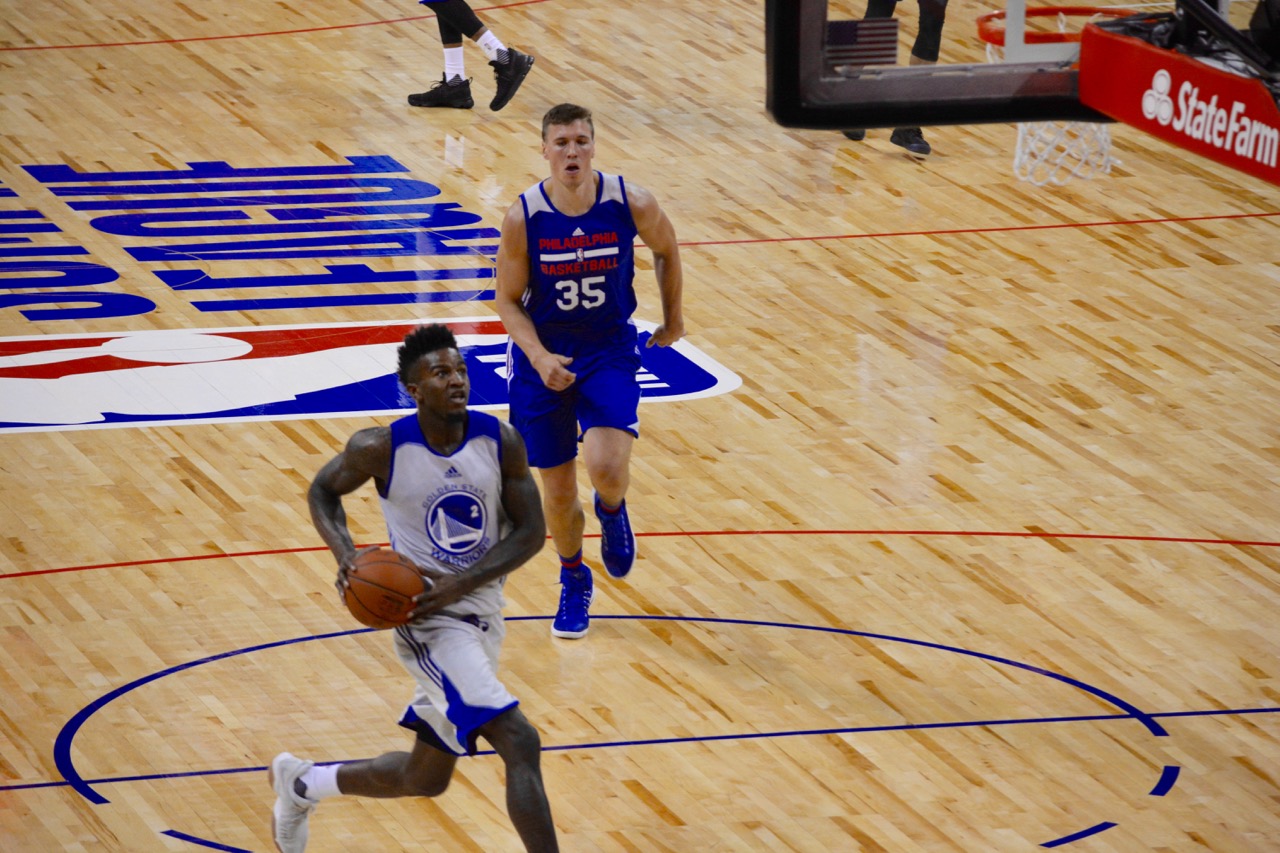 General Manager Bob Myers and his scouting department have done wonders for the Warriors the last few years via the draft. It started with Myers first year as the GM in 2012, with a phenomenal draft class that included the first-round draft picks Harrison Barnes and Festus Ezeli, and the steal of the draft, reigning Defensive Player of the Year Draymond Green. In 2016, Myers went out and traded for the rights of Patrick McCaw, pick #38 out of UNLV. Both Green and McCaw have been very successful with the Warriors, even though they were both second round picks. This year’s second rounder, former Oregon Duck Jordan Bell, could be the next late round gem.

Similar to McCaw, Myers traded for Bell after being selected by the Chicago Bulls with the 38 pick in this year’s draft.

The Warriors selected Oregon PF Jordan Bell with the No. 38 pick in the draft following a trade with the Bulls. pic.twitter.com/Nx9M7xw29Y

As the emotional leader for the Oregon Ducks this past season, Bell lead the team to their first Final Four appearance since 1939. He was named 2016 Pac-12 Defensive Player of the Year, after finishing the season in the top 15 in rebounds, steals, and blocks. Early comparisons to former second round pick Green have been made, due to Bell’s undersized frame for the power forward position. If the recent summer league game against the Minnesota Timberwolves on Tuesday is any indication, the comparison could also be made regarding their style of play.

Bell went out and produced an impressive stat line on Tuesday night in Las Vegas. His line was: five points, 11 rebounds, six blocks, five assist, and five steals. It’s very early in his NBA career, but Bell is showing the similar hustle and abilities Green delivers on a nightly basis. The Warriors have a lineup filled with guys who can shoot and score, but Bell can find his role on this team doing everything else.

Looks like Jordan Bell got drafted by the right team 👀 pic.twitter.com/inGGl8q0ky

In a time where most teams are searching for a perfect hybrid forward that can guard multiple positions and contribute offensively in a variety of ways, Myers may have found another one in the former Duck. Myers and the Warriors are trying to win more championships now. But with the type of drafts, Myers is producing, particularly in the second round, Golden State is setting themselves for the future as well with promising players like Bell.

Are you on the Jordan Bell hype train? Or would you like to see more out of the rookie before making such big claims? Let me know what you think in the comments below.