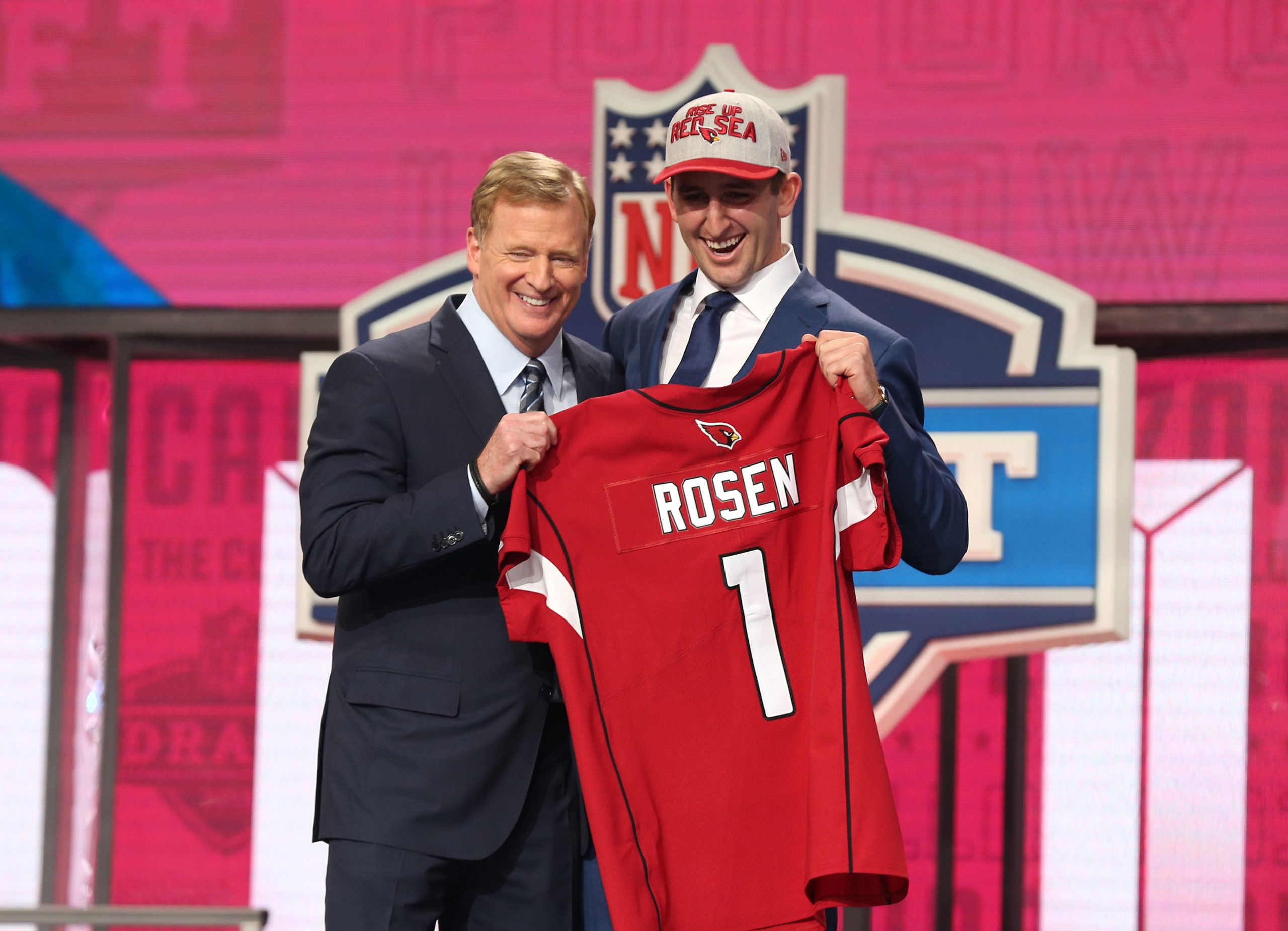 Breaking down the NFL Draft on the West Coast isn’t as simple as grading each individual pick based on their market value.

Context matters in the NFL and that’s why you have to look at the draft from the big picture perspective. Did a team get better? Did they fill team needs? Did they find game-changers and playmakers? Do their rookies fit the scheme, culture, and coaches? Were they a good value?

You must take all the factors into consideration when you look into the NFL Draft for the Chargers, Raiders, Rams, 49ers, Seahawks, and Cardinals.

Few teams compare to the Chargers draft when you talk about value. They got S Derwin James at No. 17 when many thought he would land in the top 10. LB Uchenna Nwosu is an athletic will backer who will help them build on their pass rush without sacrificing coverage. Hopefully, Nwosu can help them on their run defense too.

DT Justin Jones, S Kyzir White and C Scott Quessenberry were all experienced college players draft right where they should have gone. They provide depth at positions of needs.

WR Dylan Cantrell and RB Justin Jackson are the explosive playmakers that you want to take a chance on in the later rounds. Both might need some development but they’ve flashed enough to warrant some consideration for special teams and situational play.

Ultimately, the Chargers deserve an A for effectively finding very good prospects at positions of needs. They upgraded their roster talent without sacrificing need or reaching for a player. This is the second year in a row the Chargers have dominated the NFL draft by finding great competition throughout the draft.

The Oakland Raiders made all kinds of headlines during the 2018 NFL Draft. They moved up and they moved down. They made some selections that made you scratch your head but also found som bargains in the later rounds.

T Brandon Parker (3rd round) and DT PJ Hall (2nd round) were somewhat unknowns and a bit of reaches. However, DT Maurice Hurst (5th round), DE Arden Key (3rd round) and WR Marcell Ateman (7th round) were all great value selections. T Kolton Miller (1st), CB Nick Nelson (4th round) and LB Azeem Victor (6th round) went around where they were respected.

The point is the Raiders had an average draft on paper. A lot of their success depends on how fast Parker and Hall adapt to the jump in competition. Success depends on Hurst and Nelson being healthy as well as Key and Victor staying out of trouble. Plus, Miller needs to start immediately and Ateman needs to prove he isn’t too slow for the NFL.

In the end, this draft class falls in the C-B range. Again, it depends on the player’s development but clearly head coach Jon Gruden doesn’t care where a prospect is from, what he did in college or his medicals. Gruden wants players who can compete and provide depth. He wants tough players and he’s building his teams from the lines, out. That’s good because that’s really always been the Raiders formula.

The Rams didn’t have high picks in this draft but that did not stop them from addressing their needs across the board. Los Angeles took T Joseph Noteboom and Brian Allen a little higher than expected. That’s not too surprising given that was a theme in this draft class. However, both players are experienced and the Rams will hope that they infuse some youth and versatility into the depth of their offensive line.

They backed that up with LB Micah Kiser and DE Ogbonnia Okornkwo. Okornkwo has the length to develop into a starter and Kiser is a run stuffer that they needed. Both were picked right were expected, are ideal scheme fits and they were productive in college. Sounds like another two wins.

After that, they took RB John Kelly, OL Jamil Demby, DL Sebastian Joseph, Edge Trevon Young, LB Travin Howard and DE Justin Lawler. All of them were solid values who have some time to develop into depth players.

Hence, the Rams did a great job of maximizing what picks they did have. I don’t know if they found more than one or two starters but they definitely got a handful of players who could develop into solid players over the next few seasons. That sounds like a win considering they had no first or second round picks. Definitely worth a B grade at least initially.

San Francisco had a solid 2018 NFL Draft too. Getting No. 1 T Mike McGlinchey and messing up the Raiders plans is enough for A consideration. Especially since he can start at RT now and move to LT later.

Then, the 49ers took Dante Pettis who was a productive receiver and kick returner in college. There are some questions about his speed and size but he is a dynamic player who should help at least on special teams immediately.

In the third round, San Francisco took BYU linebacker Fred Warner has the versatility and production to start immediately. S Tarvarius Moore (3rd round) and CB D.J. Reed (5th round) were lesser known prospects who were very productive.

DE Kentavius Street (4th round) and S Marcell Harris (6th round) are also versatile and productive depth options for San Francisco once they’re healthy. DT Julian Taylor and WR Richie Moore were the final picks of this class. All this gives the 49ers a B+ grade since they filled their needs and got depth at key positions.

Seattle shocked people by taking Rashaad Penny in the first round since they had a ton of other needs and not many picks until the later rounds.

Still, Penny has the versatility to be a feature back. The Seahawks found DE Rasheem Green (3rd round) and Shaquem Griffin (5th round) who are perfect fits for their defense. Griffin is a versatile playmaker who can play all over the field the same way Green can play all over the d-line. Safety Tre Flowers 95th round) is a versatile defensive back to play either safety or DB.

Plus, T Jamarco Jones (5th round) and TE Will Dissly (4th round) fill needs and neither were a high cost. Punter Michael Dickson (5th round) was another good value, even if he is a specialist. DE Jake Martin (6th round) and QB Alex McGough (7th Round) were productive players that warranted the last picks of the class.

Nonetheless, the Seahawks found playmakers without any high draft picks. They balanced that with some value players which earns them a B-.

Arizona gets an A for one reason only. They found their franchise quarterback with Josh Rosen at No. 10. It only cost them a third and fifth round pick. They also got WR Christian Kirk (2nd round) who can develop into a No. 1 receiver but he’s a great No. 2 threat while Larry Fitzgerald continues closing his HOF career.

Center Mason Cole (3rd round) and RB Chase Edmonds (4th round) round out the efforts for depth and reconstruction on offense. CB Chris Campbell (6th round) and Korey Cunningham (7th round) fill out team needs.

Again, the Cardinals finally found their WR and QB of the future. Yes, they needed to address corner and offensive line earlier but you can’t complain too much when you consider Rosen was once the No. 1 consensus player in the draft and the Cardinals fot him at No. 10. You only get so many picks and this sounds like an easy A.