Hammon could trade Spurs sideline for Gainesville with Florida offer 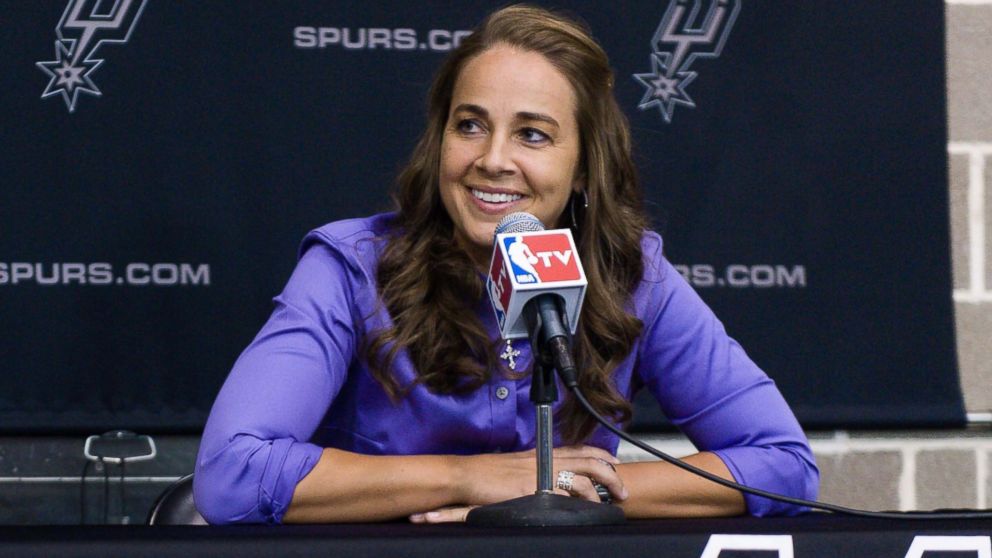 Rumors started circulating early this week, first via Swish Appeal, that San Antonio Spurs assistant coach  and former Stars player Becky Hammon was being considered as one of the top candidates to fill the University of Florida’s women’s basketball head coach vacancy.

Today, the Vertical’s Adrian Wojnarowski reported that Hammon is indeed considering leaving coach Gregg Popovich’s staff to take the lucrative offer the university is offering her.

Hammon being hired to Popovich’s staff made her an instant coach to watch, and with Pop entrusting her with summer league coaching duties, many feel she could be another coach on the rise in San Antonio’s ranks.

If Hammon’s endgame is to become an NBA head coach, it would be hard to consider that there is a better position to be in than on the Spurs’ coaching staff, however Hammon is still a relative newcomer to coaching and the opportunity to lead a NBA team may not come immediately, especially considering the other veteran coaches on San Antonio’s bench.

I asked Stephen Anderson, editor of Project Spurs member site Stars Hoops about his opinions on the opportunity for Hammon, and he feels like the offer to become a head coach, even at the NCAA level may be too hard to pass up.

“I feel Becky will take the job. After covering her final season in the WNBA, I asked her what’s next and she quickly made clear she wanted to coach,” Anderson said. “After being on Pop’s staff the last three seasons, she’s gotten to learn more and grow. While I feel it may be in her best interest to stay with the Spurs to try and become an NBA head coach, this is a chance I can’t see her passing up.”

I also talked to Aneela Khan, who covered Hammon’s career as a former Stars Hoops staff writer. Khan is someone who always seems to have her finger on the pulse of the WNBA, and she hopes Hammon will stay on her current path with the NBA.

“Becky Hammon has one of the most unique opportunities as an NBA assistant coach. She has a shot at making history at becoming the first female coach in the NBA. While the Florida women’s basketball head coach is a very nice and lucrative offer, I believe she should stick to her ground breaking path,” Khan said.

“There needs to be more women head coaches in the NBA and when she adds more experience on her NBA coaching resume, she should be a great fit for any NBA team looking for a head coach.”

While Hammon taking the Florida job might be considered taking a step back to eventually take a step forward into a NBA head coaching job, an NCAA coaching gig could also be a solid addition to her resume and prove as sort of a proving ground for Hammon to show off her coaching chops, something that would be important taking over a program that went 15-16 this season and 5-11 in conference play.

Not sure, UF would still be a tough job. Bottom of the SEC this year. Would take a while for them to compete imo.

Hammon would succeed former Gators coach Amanda Butler, who had a 10-year tenure at Florida. The women’s basketball program is the only one on the Gainesville campus not to achieve a conference championship, and it’s clear new athletic director Scott Stricklin would expect that to change under Hammon.

Wojnarowski reports that Hammon’s contract would be a “considerable” raise from her current Spurs salary. We’ll see if the pay raise along with the unique opportunity to lead her own program at a major university will be enough to attract Hammon away from the Spurs sideline.