He Was Never An Angel 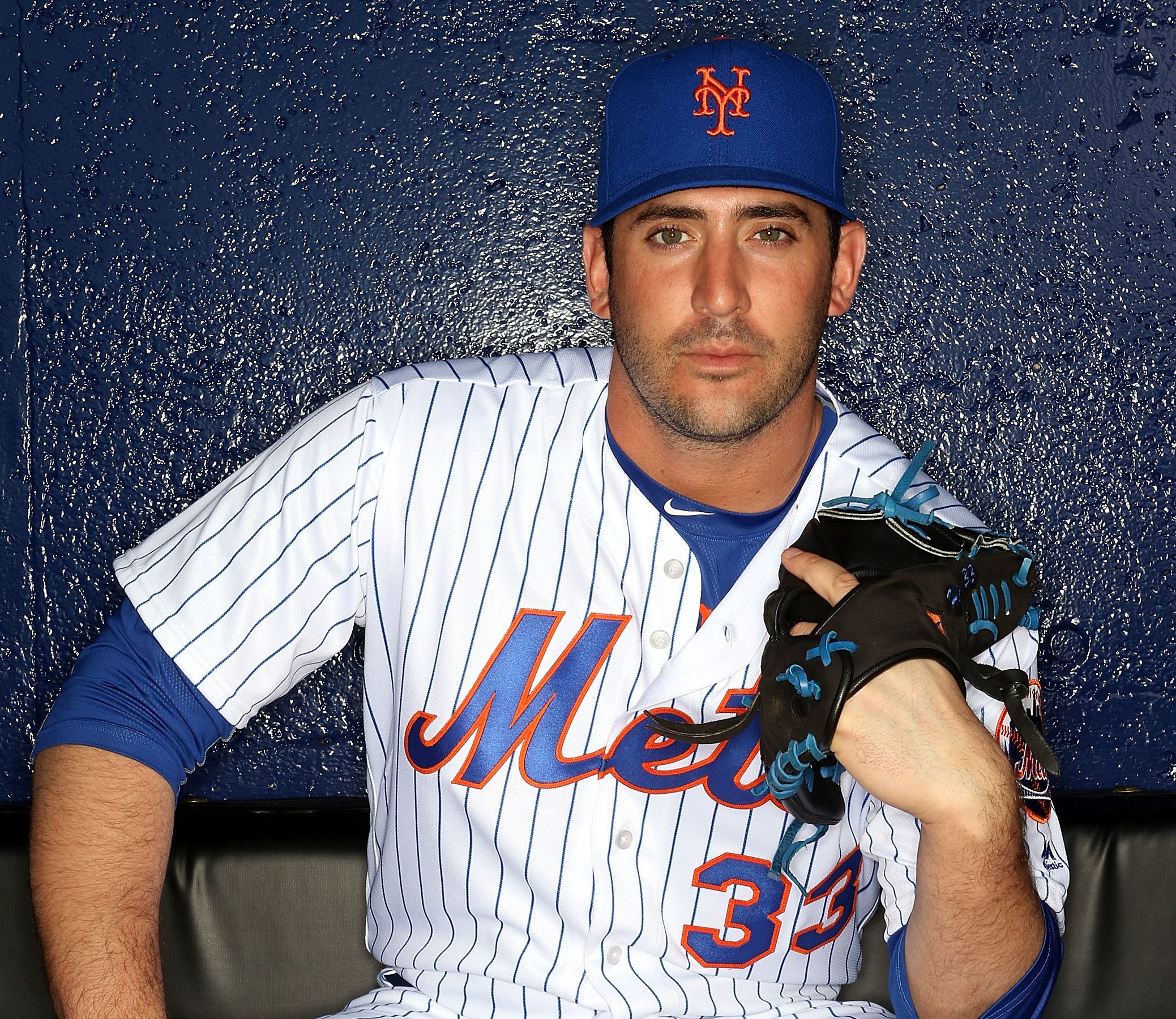 “His name would become synonymous with a lifestyle that was cool and slick and dazzling. But, in time, the name would mean something else. It would become synonymous with dissipated talent. It was certain only that he had dissipated a promising career, that people had grown tired of him, and that most of his difficulty could be traced to his personality. He did not have the knack of cultivating his personality precisely up to, but not beyond, that point at which the public becomes bored with it.”

Here’s the bad news: Everything else.

Poor Adam Wilk. Gets flown in from Vegas on little to no sleep because of Matt Harvey’s suspension. He gives up a three run home run in the first inning to Giancarlo Stanton because Terry Collins is the only manager on the planet who would answer the question: How would you pitch to Giancarlo Stanton with a minor league call up on the mound and first base open with the “none of the above” choice. Then, Wilk gives up another home run to Stanton that hits so high off the Porsche Club that before Stanton even touched home plate, there was an alert on my phone that said that the Mets had picked up Tommy Milone off waivers. Poor Adam Wilk. Thrust into an impossible situation only to have his spot taken by a guy who is basically Adam Wilk decorated with a bedazzler.

Then to make matters worse, the Mets go out and get one-hit over six innings by a guy who was also a spot starter, then couldn’t get anything going off of the bullpen in what was a 7-0 loss to the Marlins. The Harvey situation obviously threw this team into a tailspin. Maybe it shouldn’t have. If the chatter is true that this was the last straw in a series of lateness episodes, that a round of golf followed by a migraine which was perhaps topped off by a Ranger game which ran late because of overtime (screw you, Kyle Turris) was only one in a series of missteps, then the Mets had to do what they did. The question here is: Why didn’t the Mets end this road to entitlement sooner? Terry Collins went from being a taskmaster to a teddy bear between Anaheim and New York but all of a sudden wants to find a middle ground. Collins could have made a point with Reyes after his boneheaded baserunning play against Atlanta. He didn’t. But he gave Harvey enough rope to hang himself, and he did.

As for Harvey, now he wants to file a grievance. Now I’ve long been a supporter of Harvey, mainly because I don’t believe that everybody on a 25-man roster has to appeal to everybody and that sometimes being a prick is a good thing. Kobe Bryant, by most accounts, was a jerk. But Lakers fans wouldn’t trade his career for Vlade Divac back no way no how. You could be a prick is you make the same sacrifices as your teammates. (And let’s face it, you can be a prick when you’re pitching like you did in 2013.) It’s really the one thing required of a major league athlete aside from performance: Be a good teammate. When everyone else is busting their butt to get their on time and put in the work, you should be too, especially if you want to be the alpha personality and a leader on the team.

As for the grievance, leaders know what battles to fight and what battles to swallow and take the L on. When he wanted to rehab in New York, he knew his rights. He’s a smart, reasoned man. But leaders don’t take on causes to benefit themselves. That’s certainly what this seems like. Even if he is right, and it was a migraine, and there was proper communication, this still doesn’t seem like a battle to fight. What if he wins? Great. He fought for himself but he couldn’t fight that hard to get to the ballpark with a migraine just to show up and be with the team. How does that look?

I know, I know. I’m headed into “bad optics” territory and I feel like I need a shower. But there’s a difference between what the debate embracing media considers bad optics and what your teammates consider bad optics. The former is the one that nobody should worry about, because more often than not it includes a sex toy in Kevin Plawecki’s locker. The latter is the one you worry about as a player … as a teammate. Matt Harvey needs to worry about the optics of his teammates.

He also needs to worry about which direction his career is going in. Look, if he wants to get out of here at the end of his contract, so be it. He’ll never recoup the trade value that the Mets are hoping for in the next two seasons. It’ll never be as high as it was at the end of the 2015 Series, and it will certainly never be as high as it should have been at the end of 2016, when the Mets probably would have considered a trade if he had one injury free season without innings limits. That ship has sailed and the Mets have to come to terms with that. But what of Harvey’s value on the open market? This incident may have cost him a million or two per year. Or even a year. Put that on top of his declining performance and his attraction to drama, who is going to pay him? If Harvey doesn’t realize that baseball is his top priority, as Collins alluded to, he’s only going to hurt himself. If Harvey doesn’t want to save his standing as Mets pitcher past this current contract, that’s his business. But if he does it the wrong way, with petulance and grievances, he’s hurting himself as much as he’s hurting the Mets.

That quote at the top of this piece: You might have thought that was a recent quote about Matt Harvey. But that was paraphrased from a 1972 Sports Illustrated article on former Angel Bo Belinsky, who had all the talent in the world but was more interested in everything else besides baseball. Harvey seems to be tip-toeing into those waters. If he’s as smart as I think he is, he’ll use Belinsky as a cautionary tale.