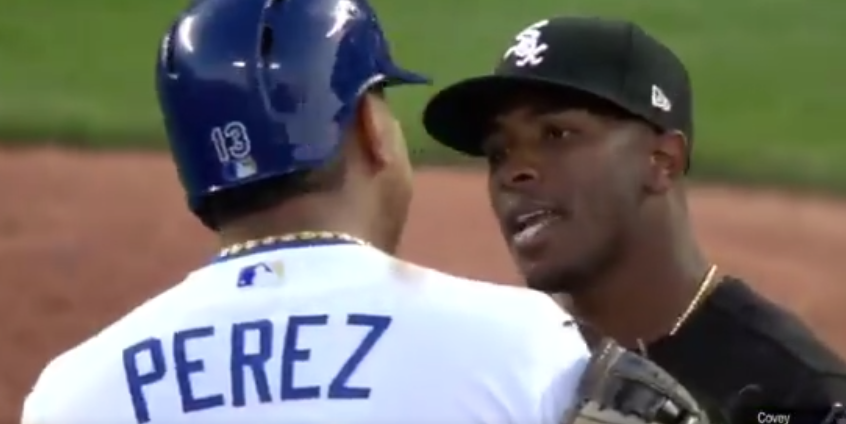 It’s been awhile since benches cleared during a baseball game, so Saturday seemed like an ideal time for that streak to come to an end.

The White Sox and Royals had already played one game, so the animosity really built up and boiled over into the second part of the doubleheader.

Tim Anderson crushed a home run to start the game off, but Salvador Perez clearly didn’t like the way he celebrated, which you can clearly see.

Tim Anderson lead off tonight's game with our third leadoff home run of the week! https://t.co/R7FkTc80GZ

Not too long after, Perez got on second base, and that’s when he had some more words with Anderson. That caused both benches to clear.