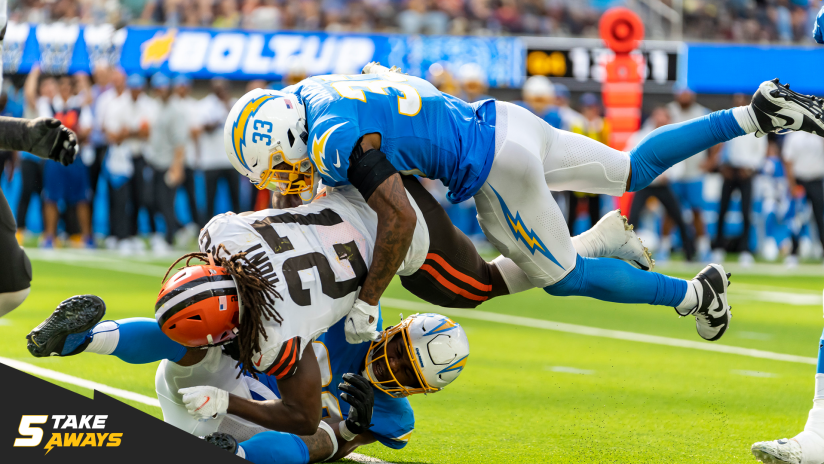 That was quite a game.  As you recall, FAITHFUL READER, I was in attendance.  I had planned to be in Cleveland this weekend as well, but did not make the trip.  I’m not entirely disappointed and not just because of all the injuries the Chargers have suffered.  It’s certainly not to watch the Mets possibly end their season tonight.  Last week’s win at Houston was far from perfect, but there was at least a lot of reasons to be optimistic.  For one, Herbert looked a lot healthier.  Salyer did better than anyone could have expected in his first NFL action.  The receiving core was able to survive, largely due to Mike Williams.  Allen is out tomorrow and I’m not sure when he’ll be back on the field.  It’s clear he re-aggravated his hamstring in practice last week.  We’re gonna need him if we plan to do anything this year, so resting him seems like a smart idea.  Joe Lombardi spoke before the game about being too timid the week before.  However, once the Bolts had a 21 point lead, he did just that.  No one is suggesting that the team starting dropping Herbert back to throw every down if they are ahead.  The Chargers got the ball to start the second half, contrary to the claims of the awful CBS announcing booth we had.  Sorry, James Lofton, you were a great receivers coach and all.  But the tendency of the Bolts to tighten up with a lead predates Brandon Staley.  Last year, the team won 5 games after the Browns win left them at 4-1.  In the Pitt and Cincy games you could argue they did the same thing they often do with a lead.  They run up the gut, the other team gets back into the game and the Chargers turn the ball over to give them a shot at the comeback.  Last week, Sony Michel was suddenly getting all the carries even though Josh Kelley looked fantastic and had helped get the team the lead.  Ekeler didn’t reappear until much later.  I saw a Tweet from Daniel Popper that he mentioned this trend to Lombardi and he said it was a good point.  I hope the offensive coordinator doesn’t need to be reminded that Kelley was running downhill and with purpose.

I think I’m finally onboard with the “Lombardi Must Go” mob.  There is no question he’ll be the first guy to get fired if this season ends in failure.  The defense gave up a huge run, which is concerning.  But in the second half, the team stopped moving the ball.  Then Carter tried to force the action with a return.  He fumbled and the Texans looked ready to take the lead.  The only thing that all the Chargers’ past fuckups has prepared me for is their next one.  The same thing happened in their other win this season against the Traitors.  I go dumb to it when it’s happening.  Of course, the Chargers put Ekeler in and seemed to get more aggressive.  They were able to put the game away, but this trend is pretty concerning.  They rarely put a team away when they have the lead.  It’s obviously going to come back to bite them.  Cleveland will be a much bigger test.  I’m not nearly the baseball fan, by the way, but I think the crowd will be extra fired up since the Guardians just won their series.

The defense wasn’t as concerning last week, though we can’t expect Jerry Tillery to contribute two weeks in a row.  That fumble needed to be recovered.  Seriously, we had two Chargers fighting over the ball.  Mack has been great, especially without Bosa.  Brisett doesn’t make a ton of mistakes so the team will need to be disciplined.  On one hand, you can look at the AFC West and laugh at how things have gone for Denver.  I see Wilson just got some shot in LA in preparation for their game against the Chargers.  The Chiefs looked the best they have all year against Tampa.  So far, none of the injuries the Bolts have suffered have been declared season-ending.  I’ll take that with a grain of salt, since Staley calls everyone day to day.  Even though the Jags game left me feeling like all was lost, there is path to success this year.  They have a lot to prove.  They will need to really focus on protecting Herbert tomorrow.  They need to continue to find ways to get Ekeler in space.  Fieler has really fallen off this year, which hurts the screen game.  Parham will finally suit up, which is encouraging.  Him going down in the first drive against KC was truly the beginning of the end last season.  Bandy was elevated from the practice squad again.  He had two big catches last week, but much like Kelley he wasn’t used as much after.  Hopkins was limited by a quad injury, so he may be out tomorrow.  I’ll try to be optimistic about that one and wonder if maybe the fill-in guy can hit from 50.

Staley grew up a Browns fan.  I assume he’ll have a million family members in the stand tomorrow.  I finally watched the 3rd episode of “All In” and was surprised how intense he is during games.  He seems more unsure during press conferences but I might be reading into that.   He’s got a lot to prove.  I don’t have a problem with him going for it less this year.  If he was running plays as he did in the finale last year I think it would be a bigger problem.  I give him credit for trying to find the balance between being aggressive and not simply handing the opposition the ball and subsequent momentum in those spots.

When Anthony Lynn got fired, I remember the talk from the local media was that fans were willing to give the benefit of the doubt for something different.  Last year, Staley brought something different.  If he was simply doing the same things that earned a 9-8 record again, that wouldn’t be good.  Last season, the Chargers didn’t have half the injuries they’ve already suffered.  They’re going to have to be better with less.  I know it doesn’t sound like my usual insane posturing, but we’ll see how it goes from here on in.

Don’t worry, I’ll be my usual irrational self come gametime. 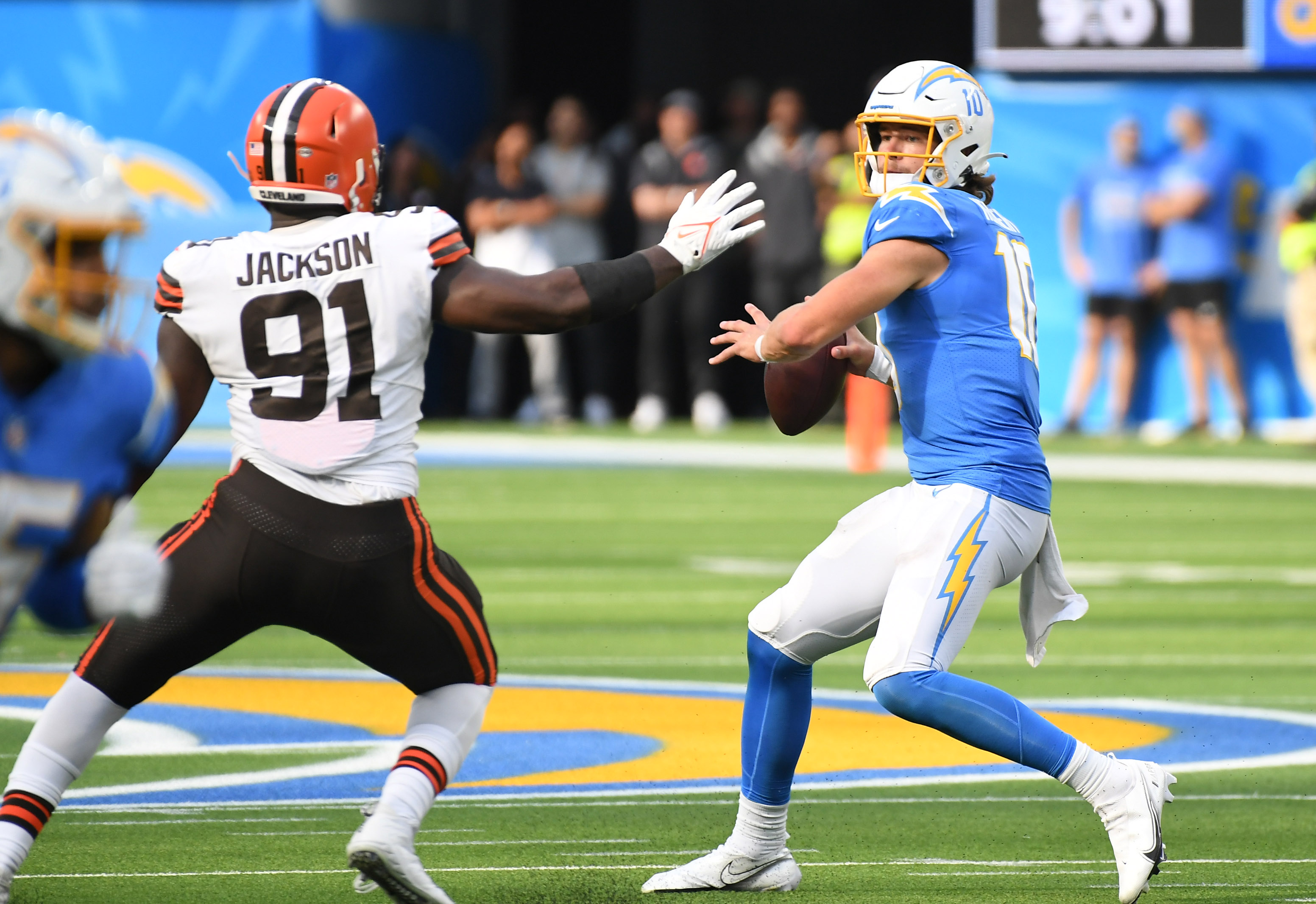