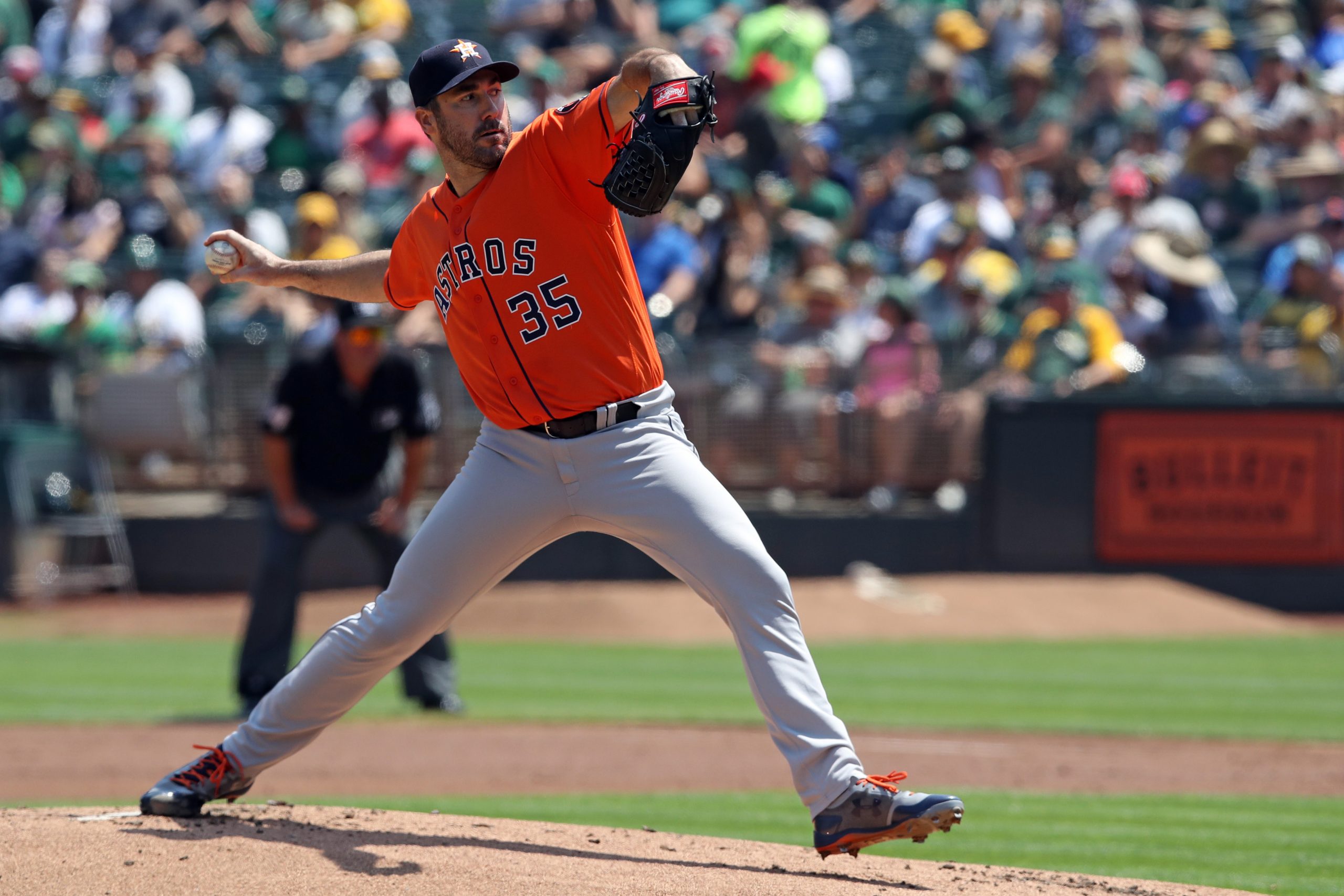 The Astros were looking to reclaim sole possession of first place from the Athletics after a rough couple of days. On the mound yesterday was their ace, Justin Verlander. He played the role of stopper perfectly, while also making a bit of history.

Verlander went 5.1 innings, with four earned runs allowed on seven hits. He also walked one and struck out six, and that was enough to earn him his 200th major league win. It was his seventeenth win as an Astro since being traded last season, and his 12th on the season. While it wasn’t a pretty outing, it was enough to get the job done.

With that win, Verlander became the 114th pitcher to achieve the 200-win plateau. He also joined some exclusive company with a few other veterans:

With his win over the #Athletics, Justin Verlander earned his 200th career win.

The @astros starter joins Bartolo Colon & C.C. Sabathia as the only active pitchers with 200 wins and 2,500 strikeouts.

Three home runs were hit off of Verlander, one from Matt Chapman and two from the dangerous Khris Davis. The Astros were hitting for power today as well, with Yuli Gurriel (8), Evan Gattis (24), Martin Maldonado (7), Alex Bregman (24) and Marwin Gonzalez (11) all going yard. The bullpen, which has been shaky recently, shut it all down, resulting in a historic moment for one of the best pitchers in baseball.

The outing may further prove the point that Verlander has a shot at the AL Cy Young Award this year. With several stars struggling, and Verlander surging in the second half, anything is possible.

It took a few tries, but with so much on the line, the Astros needed to end the week on a right note. Verlander, always the competitor, challenged himself and his team in order to get the win. With momentum on their side, it appears that we do not need to worry about the Astros… for now.