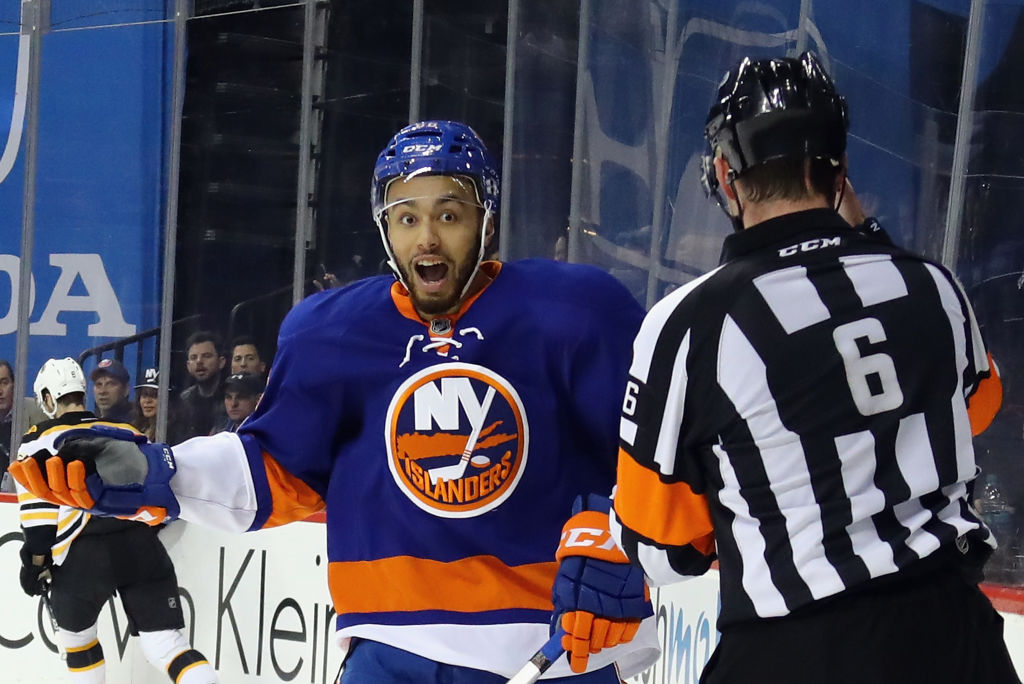 EAST MEADOW, N.Y. – Mini camp has always been a chance for young players to make an impression on a team’s coaching staff before training camp in September, but for the Islanders this week has rung especially true.

The week long camp, being held at the Islanders practice facility on Long Island, has featured at least four players – Josh Ho-Sang, Anthony Beuvillier, Michael Dal Colle and Mathew Barzal – who are expected to make or compete for a roster spot in September. Josh Ho-Sang and Anthony Beauvillier, both of who played with the Isles last season, are expected to back on the roster next season in even bigger roles.

However, that doesn’t mean Ho-Sang believes that the roster spot is automatically his.

“For me it’s not about being the best in terms of putting up 30 points in five games, it’s just coming in and being an exceptional player on both sides of the puck. Skating hard, bringing that compete and then just let them make the decisions.”

Ho-Sang made a big splash in his 21 games with the Islanders at the end of the year and recorded 10 points (four goals, six assists) in that span. His time with the Islanders made such an impression that he made a brief appearance in the NHL 18 trailer released last week.

While the young forward appreciated being included in the video game trailer, he’s hoping he can earn that next season.

“I’m the first to say when I deserve something and I’m also the first to say when I think things are a little extra,” Ho-Sang said. “For me only playing 21 games and being in the NHL trailer was a little much… I’m really proud that they picked to represent the Islanders and that I could make the fans happy in a trailer and stuff. But for me now I just want to earn that next year. I want to be the player who can do that on a regular basis.”

Beuvillier also had plenty to be proud of after his first full season in the NHL. Through 66 games, he put up 24 points (nine goals, 15 assists) and improved over the course of the year.

It was the success of those two players that helps give Dal Colle faith that he can make the jump to the NHL next season. “Beau had a great year,” Dal Colle said. “I lived with Josh in Bridgeport and when he went up he made an immediate impact. I thought on some nights he was one of the Islanders bets players. He’s an unbelievable player, I was very happy for him. He had a great taste there last year and obviously I want enjoy that path.”

Dal Colle played his first full pro season in Bridgeport during 2016-17, finishing the year with 41 points (15 goals, 26 assists) in 75 games. Despite his play, the Islanders never called the 21-year-old up from Bridgeport.

Still Dal Colle was pleased with his season.

“It was a really good year for me,” Dal Colle said. “I think I grew a lot on the ice, my game. Obviously coming from junior it’s a big difference. You’re playing against men and the guys in Bridgeport were just a great group of guys. Great coaching staff, so I think I adjusted pretty quick and definitely a good year for my development.”

Mini camp comes to a close on Saturday with a final scrimmage and final time on the ice before training camp. Mini camp is not a place too much evaluating goes on, but Islanders coach Doug Weight admitted there was some evaluating going on.

“Anytime you see anyone of them you’re evaluating,” Weight said. “I think that’s part of it. You want to see how their summers going and see how they play out there against some pretty good talent. I evaluate every time I have my eyes on the ice, so that’s obviously part of it.”