Holy Cow the Bills are Cooked by @rdotdeuce 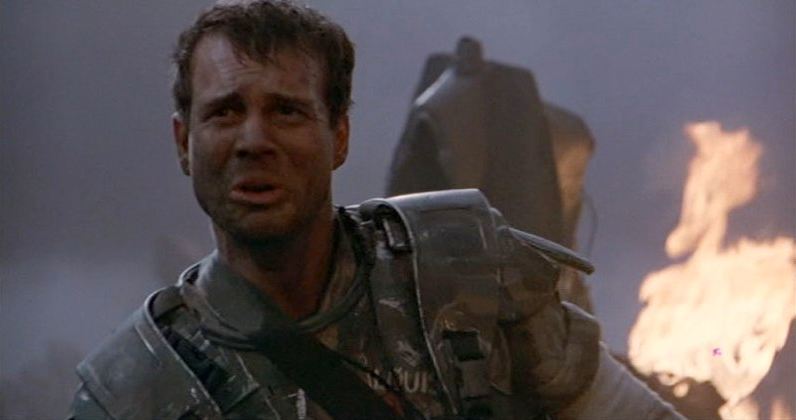 The Bills have been a terribad team for almost 20 years and in that time they’ve hired and fired more people than I can list at this time. One thing they have been masters of is leaking ex post facto pieces of information to damn the outgoing “offender”. At this point however they have never gone against someone with the media savvy and connections of a Rex Ryan. Mike and Mike will be #TeamRex. Kim Jones. Manish Mehta. SiriusXM NFL. NFL Network. So get ready.  I’ve gotten a callous to the “how bad is it in Buffalo, anyway” rejoinder starting, so I’m good.

I would respond individually, but Matthew Fairburn provided a really succinct answer:

Reminder that Rex Ryan is the 4th coach since the merger to miss the playoffs 6 straight years. 31 games was more than enough to fire him.

There are a few things in the aftermath of Rex Ryan’s firing that rub me the wrong way. First, the fact that Rex is going to be/has been painted to be the victim, again. Matt Warren’s piece on the need to fire Ryan was excellent. In particular, Matt’s focus on the defense was surgical in its analysis:

The Bills defense is 28th in rushing yards allowed and 26th in rushing yards allowed per attempt. They allowed three of the top four rushing performances of 2016. They are 22nd in points allowed per drive. They are 25th in first downs against. They allowed 37 points to the New York Jets, who rank 30th in points scored, in an early season-crushing loss. While the Bills offense did enough to beat the Seattle Seahawks, putting up 25 points against the league’s number two scoring defense, Rex’s defense allowed the 20th-ranked scoring offense to run up 31 points, their third-highest total of the season. Against the Oakland Raiders, Buffalo scored 21 straight points to take a 24-9 lead with 24 minutes left in the game, only to see Derek Carr lead his team to 29 straight points.

Say what you want about Taylor and misgivings about his “franchise quarterback” status, the Bills offense in the last two years has been efficient. The defense has been at times competent and this year has cratered to record-breaking depths, but the players have been the first to get the blame. First Mario, Bradham and Dareus for daring to speak out of turn. Then, coaches were deemed too “cozy” with players and had to be jettisoned, despite Rex maintaining the equivalent of a “service friend” on staff. For a team with 27 coaches, little teaching went down on that side – and communication consistently broke down. At what point does the man who’ll put his 20 years against anyone get

Also, this Whaley business. Listen, I railed against Watkins’ pick from the time he was drafted. Joe and I were the last to hang on to EJ – merely as an effective backup given the field – and the Bills’ (Whaley’s) obsession with making EJ happen is akin to the phrase “Fetch” taking off.

Big ‘however’ coming up though. Mentioning the Bills lack of draft picks with the nuance of the Graham piece is fair. Tacking that on to a hit job on Whaley to prove he’s been the mastermind all along like Gregg Rosenthal? Not so much. First of all, the Bills aren’t sophisticated enough to have a mastermind. Second, having to draft players for the 4th defensive and 3rd offensive system in his stay should be considered his fault? Consider that just last year, the Bills let Leodis McKelvin, Nigel Bradham and Ron Brooks walk because they weren’t going to fit in Rex’s scheme. They traded Kiko Alonso and Kelvin Sheppard for LeSean McCoy and Jerry Hughes, which no one complained about at the time. The coaching staff at the time wanted to keep Dan Carpenter over Dustin Hopkins (current Washington kicker) after Doug Marrone deemed his roster spot would be better served with a kickoff specialist.  Ross Cockrell was one of the first cuts Rex Ryan made, now a key starter on the playoff-bound Steelers. These aren’t things you can pin on any general manager, but I get it – many want a clean slate. But as long as the Pegulas refuse to do so, finding a chain of command and making it permanent is of the utmost importance. I’ll be happy to ring the “this stinks” bell all the live long day for the top to bottom organizational issues. But to trash a guy for decisions made by coaches to fulfill their vision for the team is a bit of an overreach in my opinion.

But in terms of the organizational cowardice I just heard on WGR? That I’ll call them all out for. It was shameful to put Anthony Lynn out there by himself to answer questions people “Not in the room” created. It was completely unwarranted for Doug Whaley, Russ Brandon and the Pegulas to put this guy out as the news punching bag while they can lick their wounds. Of all the things in the past 17 years of futility, this is one of the hallmarks. Bills brass wants the credit for “bold moves” but rarely want to answer for any decision. It’s past time for there to be not just accountability – but kill the cowardice, dysfunction and lack of touch with reality to be done and dusted.

I heard yesterday from Sal on WGR the idea of how many “wins over replacement” Taylor was compared to Manuel or Jones and how that can justify not committing.

John Murphy had an tween on his show yesterday and it got a little heated. Tim Graham will have the kid on to further drive that stake betwixt the News staff and the WGR staff.

Look, I know Joe loves a good media-on-media fight as much as the next guy, but there has to be a place that can be a measured place of critique for the team. Either WGR will blast the folks it’s okay to (fired/cut/traded/deemed unwanted by Bills) or the News will eviscerate any who may reasonably deserve it, but then Sully’s “takes” make it unreadable. Or they’re passive aggressively going at each other.

Marcell mentioning all the checks and counter checks – and how they didn’t always mesh because of communication – should be enough to tell a coach to ease up on them. One of my first head coaches as an assistant said to me, “it’s not what you know, it’s what the players know on the field” and this is exhibit A. I don’t care how many great plays you have, if the slightest shift or audible by the offense wrecks your plans, it’s a bad plan man. A very bad plan.

A Word on the Tyrod Stuff

I want all the folks that nod and solemnly agree that benching Tyrod Taylor is a great move business wise to also be ok when players skip bowl games to go pro. Or when players hold out for money. Or when you complain that a player isn’t tackling the way you want, or going over the middle for a pass. Those too are business decisions. Signing a contract and then wanting to back out of something you mutually agreed upon isn’t good business when the player does it.

Only somehow the rage bubbles one way.