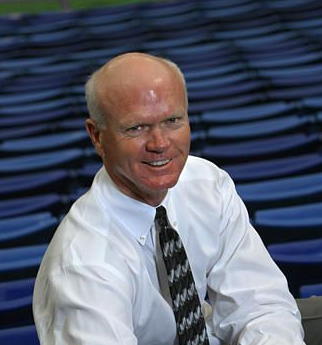 Most Tennessee Titans-Jacksonville Jaguars games of late have been uneventful affairs, devoid of much interest. Even when they were close, like Jacksonville’s 19-13 home win on November 19th, they have been dull affairs, without many notable plays. The last interesting one might have been Chris Johnson’s big day in the 2009 Titans’ first one and the last really good one might have been the Titans’ come-from-behind road triumph in 2008. Coming off the Thursday night affair just over two weeks ago, there wasn’t much reason to expect today’s game to develop into the most exciting of the nine early games today. Yet, a 42-39 explosion of points and offensive proficiency broke out as the Titans got their first home win since they beat the Jaguars in Nashville last October.

The game certainly didn’t start too quickly, with no first downs in the first three possessions and the Titans in third-and-11 on their second possession. Then something that did not happen very often last time around started happening: the teams started converting third downs. Marcus Mariota to Dorial Green-Beckham for 26. Mariota to Kendall Wright for 9 on third-and-1. Mariota 9 yards to Wright again, on the same concept even, this time on third-and-5. It was almost a pity his first touchdown pass of the game, Craig Stevens’ second score in as many weeks, came on second down. Blake Bortles would match Mariota’s three third-down conversions in as many tries before notching his own throwing score to make it 7-7.  Next Titans possession, Mariota to Delanie Walker for 29 on third-and-7, then to Walker again on third-and-goal for a 14-6 lead.

Yes, 14-6. Jaguars kicker Jason Myers missed the extra point. After a pass went through Dorial Green-Beckham’s hands, the Jaguars got two more third-down conversions, the last a score, to make it 14-12. They went for two, and it stayed there. With three timeouts and 1:45 to work with, Marcus Mariota got the Titans down to scoring position. At first-and-goal from the 1 with just :05 to play and no timouets, Mike Mularkey chose to take a risk.  Eschewing a fade that if incomplete would preserve time for a field goal attempt, Antonio Andrews got the ball and ended up in the end zone for a 21-12 halftime lead (third-down conversion: DGB for 20 on third-and-10). Like the first quarter, the third only featured a single score, another Jaguars tally on third-and-goal from the 1 (total third downs converted: four) to make it 21-19.

Then, the fourth quarter happened:

Snap report Monday, really, unless I end up working more than 16 hours.