Hornets Bounce back to .500 With Win Over Portland 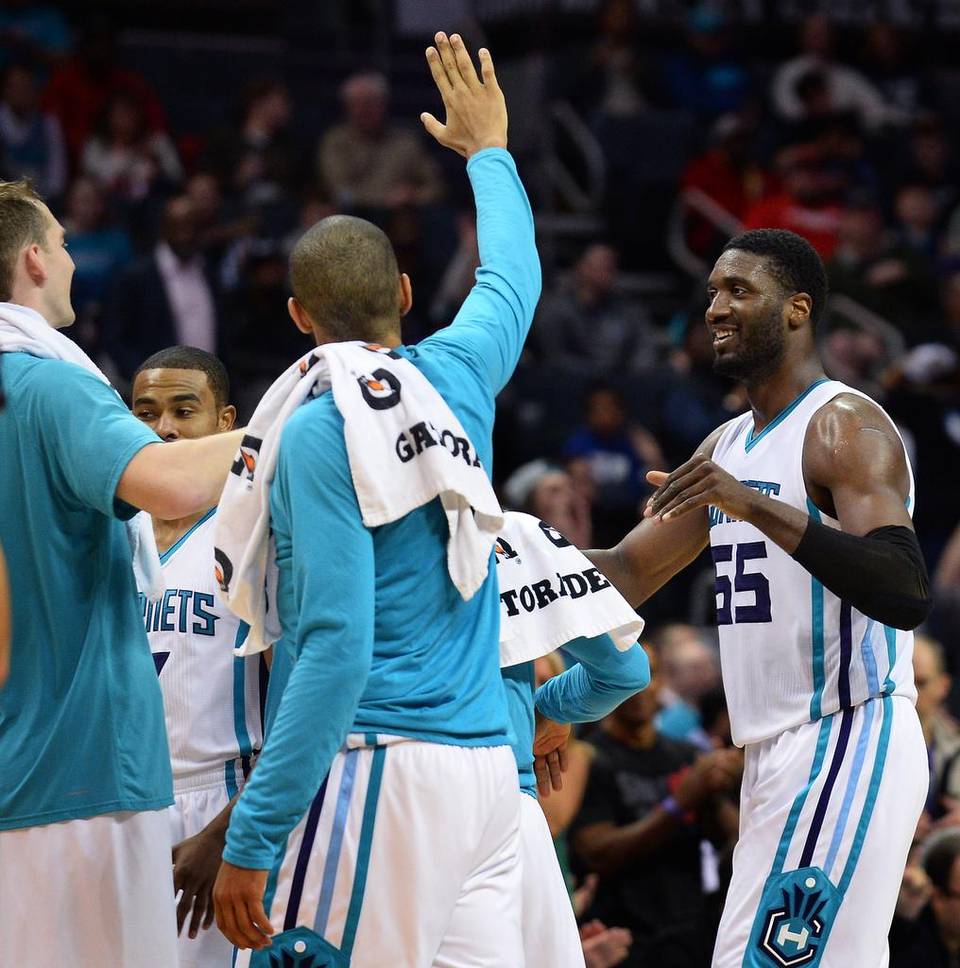 There’s nothing like coming home from a trip and sleeping under your own roof and sleeping in your own bed, right?  I want to believe that the Hornets victory was the beginning of a sweep of wins that are coming in the Spectrum Center.  We have a pretty decent home stand coming up and nothing would be nicer to win them all.

Watching last night’s game, one thing remains constant for me.  We seem to stagger out of the gates at the start of the game.  It’s the offense as well as the defense.  Between allowing open 3-point shots and lack of initial hustle, it can get frustrating to watch the beginning of any of our games as of late.  Our turnovers, which at the beginning of the season floated close to 10 or less, have been floating upwards of 12-15.  We don’t win games when we turn the ball over at an excessive rate.  It stands to reason that we shouldn’t.  Last night, we turned the ball over 12 times, but still came away with a 107-85 victory.

How did we blow out the Blazers?  Well, for starters, we kept Lillard and McCollum in check.  They combined for 39 points (21 and 18 respectively).  Beyond those 2, there were no players scoring in double figures on their team.  The rest of the starters combined for 24 points.  Their bench was no help either.  Their 22 points wasn’t enough to help the struggling starters.

The Hornets starters, however, had a similar stat line.  Kemba and Batum combined for 40 points (23 and 17 respectively).  The other starters, all in single digits, combined for 23 points.  The difference came from the Hornets “Bench Force One”.  Led by Roy Hibbert’s 16, Marco Belinelli’s 13, and Frank Kaminsky III’s 11, the bench contributed 44 points on the night.

It was a much needed victory to break that losing streak.  It’s good for the team to get back to their winning ways as well as keeping the fans engaged.  That road trip produced so much negativity and hate for the team, the players, and the coaches that a few more losses would have created a casual fan exodus faster than you could have said “Season Tickets”.   I don’t know if that 7-win Bobcats season is the culprit or if it’s just the human nature of the casual fan.  I’ll never quite be able to put my finger on the “hows” and “whys” of a casual fan’s thought process of the team.  I guess fear of being horrible just always weighs heavy on their minds and a 5-game slide after seeing them near the top of the conference just makes people freak out.  The good thing is that there’s half a season left, and everyone with the exception of Jeremy Lamb and his inflamed foot, are healthy or getting healthy.  21 of our next 40 games are at home.  The next long road trip happens at the end of February, where we will see Detroit, Sacramento, the Clippers, the Lakers, Phoenix, and Denver.  The road to the playoffs is not an easy one, nor is it a short one.  We’re half way there fans, and I think we will start to play even better basketball as the season moves on.  If there’s a move that needs to be made to make this team even stronger, Rich Cho will find it.  It may not even be a flashy move, but if there’s a move to be made that isn’t too costly, he’ll find it.  In the meantime, keep supporting our Men of Teal.  Big things are going to continue to happen down on Trade Street.  Just head on into the Spectrum Center and check it out.  If you’re not sure where that is, just follow the Buzz!