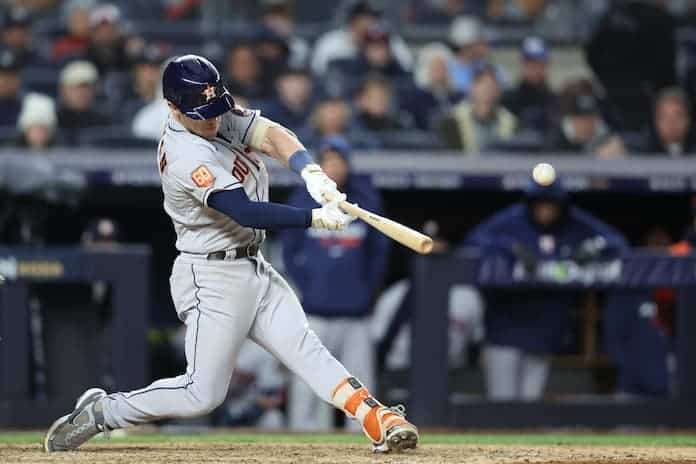 The Houston Astros welcome the Philadelphia Phillies to Minute Maid Park again for Game 2 of the 2022 World Series. The Phillies edged the first game of the series 6-5, so who will come out on top in Game 2 tonight? Read on to check out our MLB betting picks as well as availing of the best offshore sportsbooks to bet on the 2022 World Series.

Minute Maid Park takes centre stage once again as the Houston Astros Welcome the Philadelphia Phillies in Game 2 of the 2022 World Series. The Phillies took a 1-0 series lead last night after some superb baseball. The Astros are left with it all to do, and a win here on their home patch again is very much needed and would level the series up ahead of the third game on Monday night at Citizens Bank Park.

The team from Texas will really need to claim a W here or else their World Series hopes hang by just a thread. They will need to perform better on their home patch here, and give their fans something to cheer about. Game 1 did of course go to an extra innings in which the Phillies batted in an extra run and claimed victory to go 1-0 up in the World Series MLB Play-Off Final.

The Astros made more hits in game one, scored two home runs, edged the strikeouts and averaged more in the batter (0.256 to 0.231). All of these stats in their favor, but the one that mattered went the way of the Phillies.

We can see the Astros being a bit more clinical here in this one an claiming a win in Game 2, thus levelling the series and heading the Citizens Bank Park on Monday with a win under their belt.

Game 2 gets underway tonight with an 8.03pm EST start.

Houston Astros To Win @ -140 with BetOnline

Back our MLB World Series Game 2 Picks with BetOnline

For Game 2 here at Minute Maid Park we can see it being yet another high scoring affair after how the first game played out.

Despite there just being three home runs in the whole game, including an extra innings, there were still 11 points last night in the opening 2022 World Series fixture between the Houston Astros and Philadelphia Phillies.

We can see this one being just as entertaining. The Astros will be desperate to get a W in front of their home crowd after a disappointing opener last night. All of the stats were in their favor, so all they need to do is ensure they accumulate the points they need to back up all of the statistics.

We can see the Astros winning this one 5-3 or a similar scoreline, hence why we have gone for the over line in total game points.

Back our MLB World Series Game 2 Picks with BetOnline

BetOnline are undoubtedly one of the best offshore sportsbooks in the US. As sports betting is still illegal in some states, using an offshore sportsbook like BetOnline means you can still bet on the 2022 World Series no matter where you reside. You can claim up to a maximum of $1,000 in cash bonuses with them, depending on your deposit amount, as long as you use our dedicated MLB promocode – INSIDERS.

Once you have signed up with BetOnline and deposited using our dedicated promo code ‘INSIDERS‘ – then you’ll have a plethora of MLB free bets at your fingertips ahead of the 2022 World Series between the Houston Astros and Philadelphia Phillies. 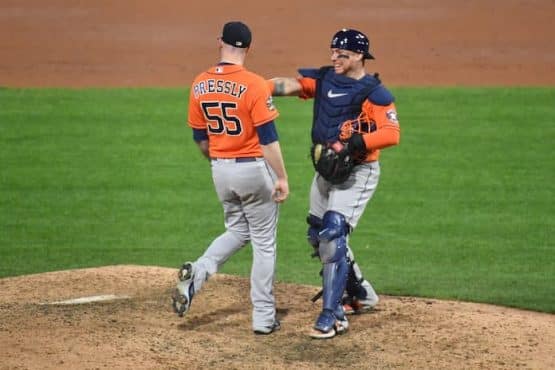 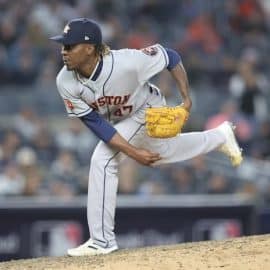 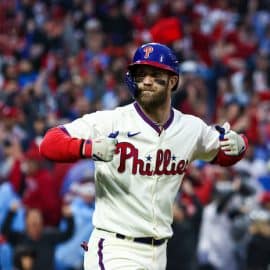 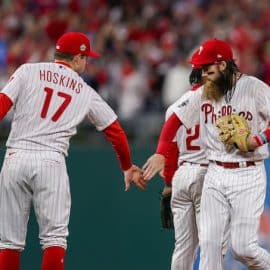 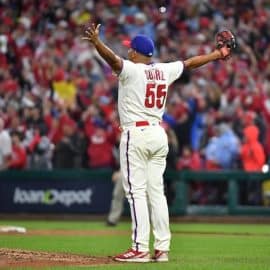 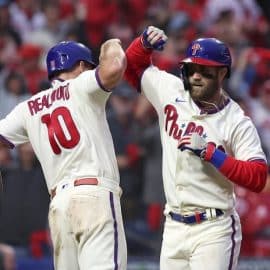 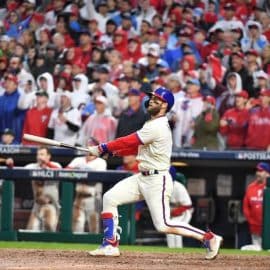