Houston Cougars in the Midst of an ‘H-Town Takeover’ 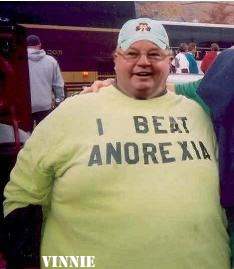 //platform.twitter.com/widgets.js“H-Town Takeover.” It means different thing to different people, but to Houston Cougars head coach Tom Herman and his staff, it is more than a message … it’s a mantra.

It’s not like we couldn’t have seen this coming.  Earlier this year we talked about how from the moment Herman got the job he’s been all about Houston. He wore a Coogs hat on the field after Ohio State won the national championship, and Herman moved quickly through Houston and Texas to help build the brand. High school players are paying attention.

Josh Jones is one of a smattering of Houston-area players in the 2015 recruiting class. Herman had his hands on part of this year’s recruiting process. 2016 will be his first full class. How’s that going?

Why don’t you ask the coaching staff.

3 lockdown corners and another stud up front. Got me celebrating in the rain. TS Bill can’t stop the #HTownTakeover pic.twitter.com/YFuAvSkkMH

The Cougars already have 11 players committed for 2016. ALL OF THEM ARE FROM THE STATE OF TEXAS.

Among those 11 are three from high schools in Houston, and six others are from the Houston metro area. The Coogs got commits from four players on Tuesday alone, including one of those lockdown corners Herman mentioned in the above tweet.

If you look at the 11 commits so far you’ll notice a theme developing: defense. That’s interesting considering Herman is known for his offensive prowess, but it’s a positive sign considering some of the struggles the Third Ward squad had last season and the talent they will have to replace after 2015.

That’s not to say the staff is ignoring the other side of the ball, but it’s nice to see a plan being developed and executed as opposed to the new staff coming in and not having a recruiting focus. Then again, having your campus in the middle of Houston doesn’t hurt.

It’s not that the previous regime ignored the Houston area, it’s how Herman and company are paying such special attention to H-town that should have Cougars fans very excited. That use of fertile recruiting ground already has national pundits paying attention; with at least one publication listing Herman as one of “15 Rising Coaches Ready to Dominate This Fall.”

And the recruiting “experts” have ranked this set of recruits ahead of the 2016 commits from Texas. Yes, that Texas, the one with the ugly orange color and big cow that sits on the sideline.

Yes, the H-Town takeover is underway. Now we’ll see if this will lead to an AAC Takeover.